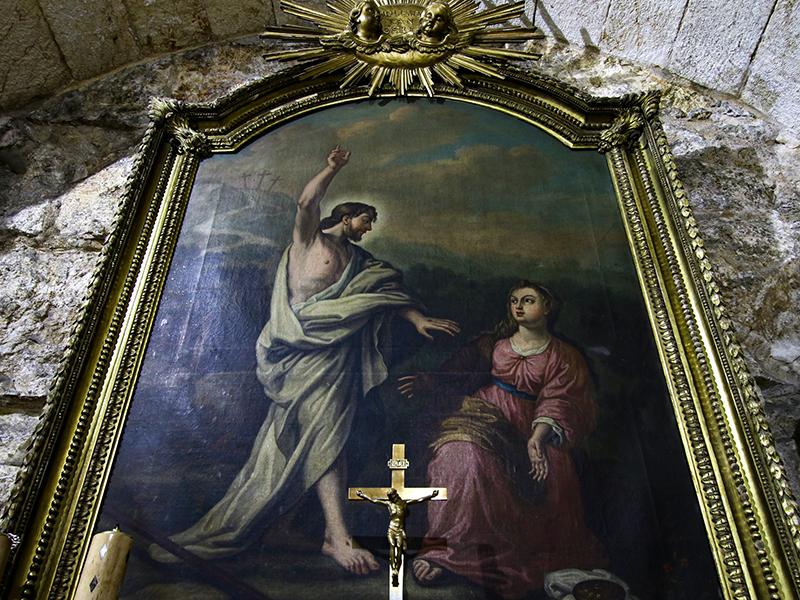 Easter Sunday of the Lord’s Resurrection  |  Fr Martin Ganeri invites us to renew and deepen our faith in the revelation of Christ’s Resurrection.

The resurrection of our Lord Jesus is not just one event in human history among the many that have happened and are done with.   It is not even one of those great events in human history that have changed a lot of the course of the cultures and lives of people in profound ways, whether through political changes or technological and medical discoveries.  Rather, the resurrection of Christ is that event which changes all the events of human history.   It is the event that redefines all of our history and gives a different meaning to everything.   In Christ’s resurrection what has been universal and fundamental to the history of human beings, whether as individuals or as societies, is now transformed and reconfigured, reappraised and understood in fundamentally new way.

As is brought home to us on Good Friday, human history is one that has been and continues to be marked by death, whether the death that is the end of human life in its natural mortality, or the death that is a quality of human life marked by hatred and strife, by the death dealing modes of human living generated by envy, pride and greed, or the deadening effects of natural calamities and sickness.  There is no place on earth and there has been no time in human history after the Fall that has been free from death itself or deathly forms of human living.  This has been for us a fundamental feature of our human history and one that no event of our human history, the history we make as human being, whether small or great, has been able to change.

But in Christ’s resurrection all of this death is transformed into life.  This is an event that, though predicted, remains a shock to the disciples for whom the abiding reality of death and of the death dealing culture of their time seems simply to have reasserted itself.  The idea that Christ has risen, that death is transformed by life and that hatred is overpowered by love, is something they struggle to believe, because everything about human history tells them not to believe it.  Yet, once they come to realise its truth, they are totally overwhelmed by it and their lives change completely.
The resurrection of Christ tells us that the story of our human history, which has been a story of death, has now been rewritten completely.  It has become a story of life.  Death is not longer the inescapable conclusion and final end of the story of our human history.  It has been replaced by life.

It seems at first extraordinary that the risen Christ did not appear to people to the same extent that he did in his life before the Passion.  Before his Passion, Christ was present in the streets and market places, in the Temple and at the religious festivals.  He could be seen and touched and heard by all alike, whether they loved or hated him.  But after the resurrection he appeared to only a few.  Why was this?  It wasn’t that the risen Christ was merely a subjective phenomenon or a figment of the disciples’ dreams.  The risen Christ could be seen and heard and touched.  He ate and drank with those to whom he appeared.

So, why did the risen Christ not appear in the streets and market places and in the Temple as before?   This is because the resurrection of Christ is not just something that happened, but the work of divine revelation.  It is not a fact of the natural world or a truth accessible to unaided human reason.  It is something beyond what we human beings could know from looking at and thinking about our human world and our human history.  What we know by our own powers of observation and reason is death, not life beyond death, not life overcoming death- dealing cultures.  The resurrection of Christ smashes through the limitations of our experience and of our knowledge.  It smashes though what we think is possible and believable.  Christ’s resurrection is an act of divine revelation and of God’s supernatural saving outreach to humanity.  And, as such, it is a reality that is only made fully known to those who are receptive to it and who can transcend all the limitations of what they expect to be true.  But, once it is fully realised as true, it changes everything about what we think to be true and certain about our world and about ourselves.

This transformation is seen in the lives of those to whom the risen Christ does appear and of whom we hear in the Gospel passage for this day.   We see it in the life of Mary Magdalene, one of the women who loved Christ to the end as he loved them to the end.  Despite her love for Christ, when she sees the empty tomb she can only think that Christ’s body has been taken away.   Yet, because of her love for Christ she is given an encounter with the risen Christ in the garden, who calls her by her name and in that moment she realises fully the truth that he is indeed risen.   We see it in the lives of the disciples who were chosen by Christ and who followed him in the course of his earthly ministry, their minds and hearts being conformed to Christ as they experienced what he did and what he taught. Despite all this, they struggle to grasp that Christ could rise from the dead.   Their first moment of insight at the empty tomb will be confirmed into full belief when Christ also appears to them and speaks to them, giving them the Holy Spirit who will encourage and strengthen them in their belief in the years to come.

For us, as Christ’s later disciples, the resurrection of Christ is also something that is revealed to us.  We already know as part of the faith we learn.  It is something we receive from the testimony of the Scriptures and from the formulas of our Creeds. And yet the full truth and significance of the resurrection of Christ for us and for our expectations and hopes only comes about when our minds and hearts are awakened to it through the active working of God’s Spirit. When we come fully to see that the story of our human lives is not one that concludes with death, but with life.

This homily for Easter Sunday this year on Torch was originally meant to have been written by another priest of the English Province of the Dominican Order, but who died as a result of the pandemic of COVID-19 just a few weeks ago. May he rest in peace. He was one of the many victims of this disease that has cast the shadow of sickness and death over our world in the last few months and has brought the ordinary working of our societies to an abrupt stop.   Seemingly that ancient reality of death has re-emerged with full vigour.  And, yet, the resurrection of Christ will still have the final word, if we let its truth be fully revealed in our minds and hearts.

In union with and in prayer for all those who have died or who will die this year, let us renew and deepen our belief in Christ’s resurrection this year.  Let us open our minds and hearts for our own encounter with the risen Christ, whether through our reading of the Scriptures, or in prayer, or as we take part as best we can in the celebration of the sacraments.  And let us be firm in our hope, together with those who have already died, to meet the risen Christ in the eternal life of bliss to come.

Photograph by Fr Lawrence Lew OP a painting in the sacristy of the Holy Sepulchre basilica in Jerusalem. 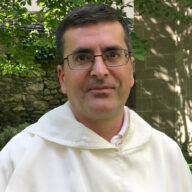