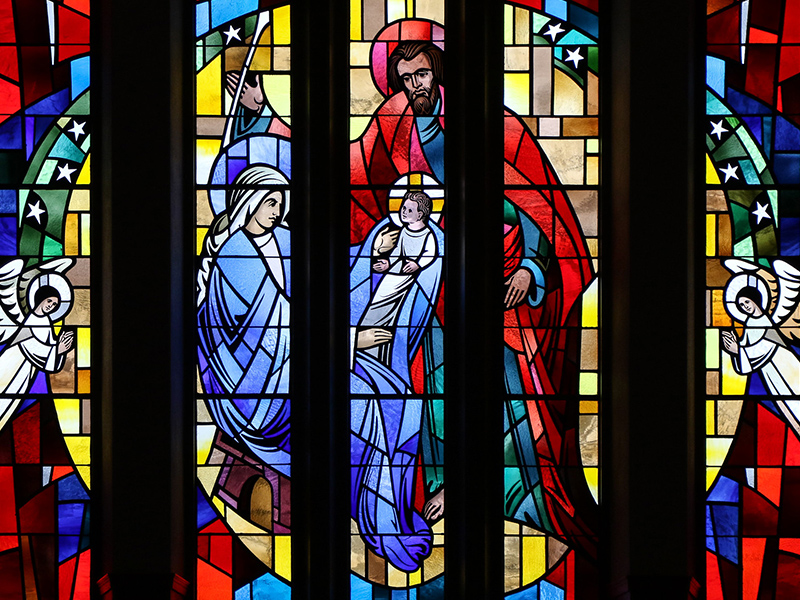 Torch
Home  /  Torch  /  From Whom Every Fatherhood Takes its Name

From Whom Every Fatherhood Takes its Name

Truth is often met with a howl of protests by those who believe it is more nuanced. For example, human beings generally acknowledge that every child should be raised by a loving father and a loving mother—that a child needs parents of both sexes. This is an uncontroversial truth, which happens to be controverted.

It is a norm controverted by those who say they are the exceptions: someone raised by a single mother, or by a widower father and his brother. If people can be raised in alternative domestic situations, and grow up to be normal and functioning humans, then the truth that every child needs a mother and a father seems like a slap in the face to people who have grown up in difficult or alternative circumstances. This would be failure to see that exceptions prove the rule—one may have been raised admirably by one’s single mother (and that is to her credit!), but this is admirable only because the universal truth remains true: that a child needs both mother and father. The exceptions prove the rule.

This should console us a great deal, because when it comes to the Holy Family, we are all exceptions, and all potentially ‘excluded’. No one has a natural right to this Family, and yet all of us are invited to be part of it. What sort of norm can the Holy Family be, if they seem so unapproachable and removed from us at the outset?

To our broken and half-hearted relationships, plagued with selfishness and betrayal, they offer us their marriage, a true commitment of man and wife. To our obsession with sex and its exploitation, they offer us the image of the heart of marriage—deep affection and genuine friendship, spousal love at its best. To our exploitation, abuse and neglect of children, or our idolisation and spoiling of children, they offer us the Son, the Creator of His parents yet subject to them in all things. To the subjugation and exploitation of women, and to the exaggerated feminism which strips women of their femininity, they offer us Our Lady, a true woman, the Woman associate of the New Man, the Redeemer. To the faux masculinity which passes for modern male behaviour, we are given a real man, a just man, St Joseph. Joseph stands in opposition to the crisis of fatherhood, to absent, cruel, abusive, distant men who have begotten children but failed to raise them. Joseph does not beget his own Child, but raises Him and so truly is a father to Him.

The tone is set by fathers. Children of practising fathers tend to keep their faith. But the same is not true if it is only the mother who is practising her faith. The father is the priest of the domestic church, the family. It is his role to intercede and to make sacrifices, both for his wife and his children. In order to do this, he needs the support of his wife. Every wife should expect and respect her husband’s priesthood. If she doesn’t expect it, it may not happen. If she fails to respect it, she undermines it before their children too.

Husbands are called to self-sacrifice, even as Christ loves His Bride, the Church. This excludes any selfishness, chauvinism, and machismo. Many men are happy for their children to be raised in the Faith, but they do little themselves for this. They may drive their children to prayer groups, and faith activities, but they usually lurk on the periphery and make themselves scarce. Men would do better to join prayer groups themselves. Then they could encourage each other, see other good examples, and pray for each other. It would give them a manly way of practising their faith, since so much of modern Christian practice is geared towards women and children, and excludes men.

In St Joseph we see a powerful instantiation of the Heavenly Father’s love and care. By his intercession, if more men step forward to be real men , to be open to God’s word and prompt in obedience, then more families will have faith like the Holy Family, and trust in God ‘from whom every fatherhood takes its name’ (Eph 3:15).

Photograph by Fr Lawrence Lew OP of a window from St Joseph’s church in Needham, MA.