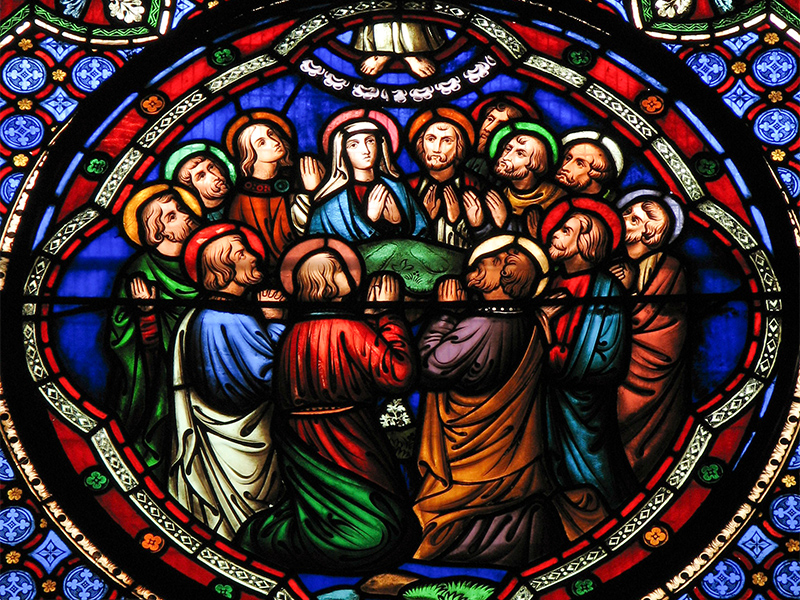 God Is Gone Up!

We don’t talk much about Christ’s Ascension. Perhaps the reason this mystical event on the Mount of Olives doesn’t get much of a look-in is because it’s tricky to comprehend. For the most part, it’s left to artists and hymn-writers to furnish our understanding. And that’s a pity because in our neglect we risk overlooking a seminal event of great theological depth and significance.

Consider the first reading in which St. Luke describes the Ascension of Christ by recalling the image of a cloud. Cloud imagery is found throughout the Old Testament to signify God’s holy presence. When Israel went out of Egypt, the Lord went before them by day in a pillar of cloud (Ex 13:21). When Moses climbed Mount Sinai to stand before God, the Lord descended in a cloud (Ex 24:18). And when in the New Testament, we read about the Transfiguration and the cloud from which God the Father announced Jesus as “my Son, my Beloved” (Mt 3:17) how could we not think also of Christ’s Ascension? The Psalms, too, are replete with the foretelling of the Ascension: “the Lord goes up with trumpet blast”, we read today. The point is that the manner of the Ascension reveals again Christ’s divinity, His relation to Father.

Next, consider what benefits are described in the Second Reading, the Letter to the Hebrews. The Ascension of Christ brings Him into the heavenly phase of his priesthood, now that the earthly ministry has been accomplished. He has ascended to the Father in heaven and has opened a new way for us to enter after Him, “a living opening through the curtain, that is to say, his body”. His body? This is a reference to the Eucharist, of course. For in the form of bread and wine, Jesus remains truly present. And He promised no less in Matthew’s Gospel when He said “lo, I am with you always, to the close of the age”.

Consider also our words in the Creed, which we professed today and say each week: “He ascended into heaven, and is seated at the right hand of the Father.” These words may be familiar but how often do we ponder their meaning? All too easily, these words can become rote and empty. When you think about it, there is what, in the phrase of Frank Kermode, one might call the “sense of an ending”. There is a sense of ending because the Ascension marks the end of the human physical presence of Christ amongst us – for now, at least; He promised to come again. In the providence of God, the hour had come for Christ to return. To think: 40 halcyon days of bliss in which the Apostles had enjoyed the presence of the Risen Christ amongst them – His words, His actions, His smile – now come to an end. This might seem rather crushing. But there is also, crucially, the sense of a beginning. The Ascension is both ending and beginning, one of the many “both-and’s” of Catholicism.

This brings us to consider the second offering from St Luke: his Gospel account in which we hear the sense of a beginning, the beginning of the Church. The Ascension was not the end of the Father’s work but heralded a new era in salvation history. The promised Spirit would bring the Church to birth, nurturing its growth in every generation. At his Ascension Jesus first commanded his disciples to wait, “until you are clothed with the power from on high”. So it is with us as we seek, through Christ’s intercession, to discern the Father’s purpose for our own lives and our own time because their work was not to be undertaken alone but with the aid of the Counsellor. So also our works cannot begin without the enabling presence of the Holy Spirit. We work and pray in the Name of Father, Son and Spirit each time we make the sign of the cross. Often, we are impatient for growth and new life, both in ourselves and in the Church. And yet such life can never come from our own initiative, but must always spring from the Spirit. For him, we must wait in prayerful patience; with the disciples in Jerusalem, a little while longer, for the coming of the Holy Spirit at Pentecost.

If prayerful patience sounds a little glum to you, think again. After all, the disciples “went back to Jerusalem full of joy; and they were continually in the Temple praising God.” Christ has entered from earthly glory into the Father’s heavenly glory where He prepares a place for us and from where he intercedes for us until He comes again. And this Good News is not only worth talking about but worth celebrating!