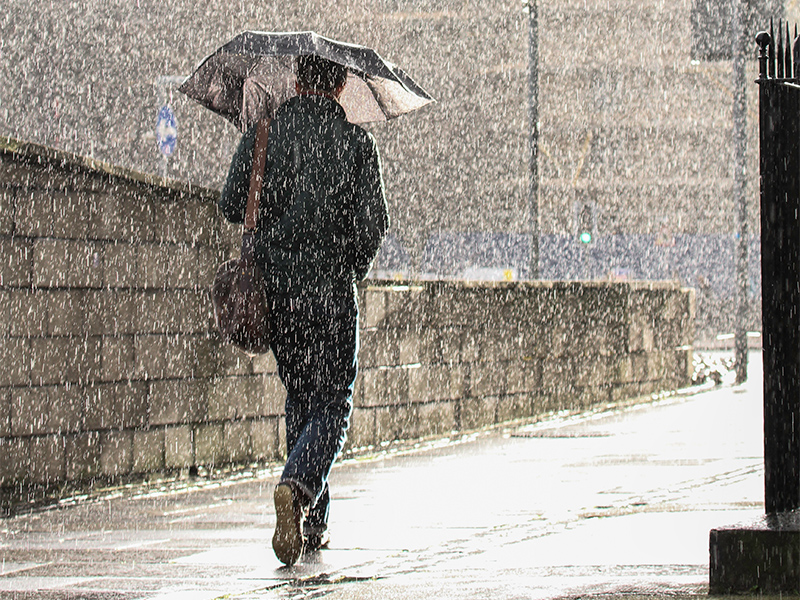 God’s Way To Be Man

Seventh Sunday in Ordinary Time (A)  |  Fr Fabian Radcliffe encourages us to think differently and so share Jesus’s truly creative and loving way of being human.

Many years ago a friend recited to me a comical little rhyme, which has stuck in my memory ever since.

The rain it raineth every day, /  Upon the jus t and unjust fella;

But more upon the just, because /  The unjust hath the just’s umbrella.

This is obviously based on Jesus’s words in the Sermon on the Mount, read at today’s Mass. Jesus says that the Father loves us all, because he sends his rain equally on the righteous and on the unrighteous. The rhyme may be witty and light-hearted. But Jesus’s Sermon is a serious and profound call that we should treat ourselves, our enemies and our friends as God does. Jesus proposes the kind of justice that is creative and healing. It is based on the way our Father treats us, the way Jesus himself lived.

The old Jewish law said: ‘Eye for eye and tooth for tooth’. This was enacted to limit revenge, rather than encourage it. If someone takes out one of your eyes, you are not entitled to take out both of his. That would only escalate the violence. So the old law aimed to limit human wickedness, but could not eradicate it. In contrast, Jesus says: ‘Turn the other cheek’. To be slapped with the back of the hand on the right cheek was a gross insult; it implied that the person hit is inferior. Our natural instinct is to hit back. Jesus says it is far better to find a creative way forward, reflecting the patient love of God himself. By offering the other cheek, you are effectively saying: ‘Hit me again if you wish; but this time, treat me as an equal, not as an inferior’.

Similarly, Jesus says that if your opponent in law would take the shirt off your back, give him your vest too. In those days in Palestine, a poor man would have just two garments: a cloak and a shirt. By surrendering both of them, you  shows your opponent what he is really doing: reducing a poor man to nakedness and shame.

Again, you may be obliged to carry some equipment for a Roman soldier. The military had the right to make civilians do this, but only for one mile, not more.  Very well then, says Jesus: surprise him by offering to go two miles. That is far more constructive than making an official complaint, or plotting revenge by joining a resistance movement. You would be showing the Romans that there is a different way to be human, a way which reveals God’s victory over all oppression, injustice and inequality.

These three little scenes give glimpses of God’s way for us to live a truly human life. They are not easy; and perhaps they were not intended always to be taken literally. But they should certainly urge us to think about our own behaviour, and realise that we are often oppressive or domineering. They should encourage us to share Jesus’s truly creative and loving way of being human.

Some people reject the Sermon on the Mount, thinking that it offers us totally unreal objectives; or that it presents a subtle way to control other people by non-violence; or even that God is teasing us by pointing towards something that is in fact impossible to do.
But no. It’s not like that at all. Jesus is giving us good news, not good advice. He is not asking us to do anything that he did not do himself. When they challenged his teaching, he told Parables, quizzical and often humorous stories, which forced them, and us, to think differently. When they mocked him, he did not respond. When they struck him and scourged him, he accepted the pain, uncomplainingly. When they made him carry the burden of the cross, the ultimate symbol of Roman domination, he carried it as far as he was able, and then had the humiliation of someone helping him with it. Together they brought it to the place of execution; and as the soldiers hammered in the nails he prayed for them.

We are inclined to think of the Sermon on the Mount as a blueprint for our moral behaviour;  but when we try to live by it, it seems to make impossible demands. But try reading it differently. Try seeing it as a description of Jesus himself, and the way he himself lived. He is poor in spirit, he is meek, he is merciful. He does not resist the one who is evil, but turns the other cheek. He loves both neighbour and enemy. In short, he shows us God’s way to be man. And if he shows us the way, he will certainly also lead us the truth and the life. 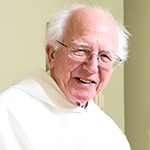