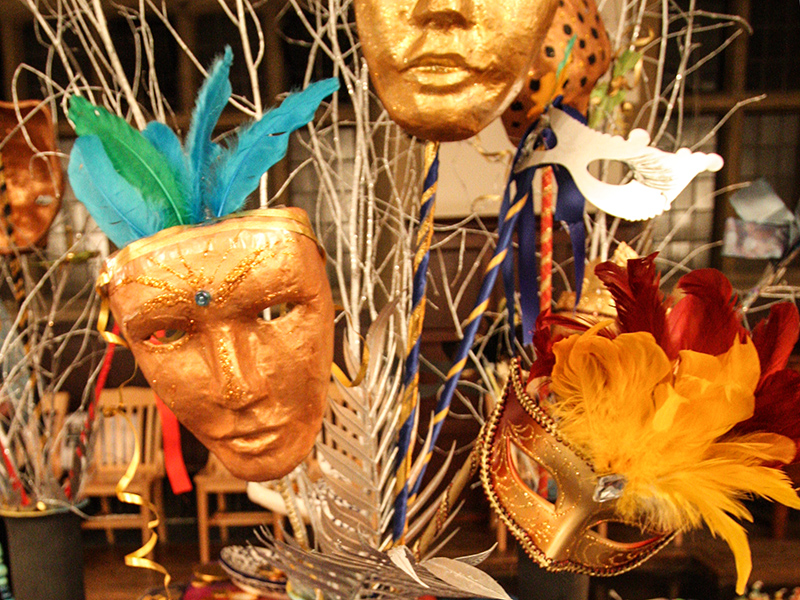 Eighth Sunday of Ordinary Time (C)  |  Fr Matthew Jarvis says that our current understanding of hypocrisy lacks self-knowledge and requires humility so that we can all be helped and healed.

‘Hypocrite!’ This word strikes fear into the heart of every preacher. Or at least it should. Anyone who stands up in public and offers spiritual or moral teaching faces the occupational pitfall of ‘hypocrisy’. Their lofty words can never be matched by the reality of their life. And not only the preacher but every Christian, indeed every person striving to be good, faces the same test. You dare to observe the speck in your brother’s eye, while the log remains in your own eye.

So I find it unsurprising, as well as uncomfortable, that the dictionary highlights ‘matters of religion or morality’ as the most common habitat of the hypocrite. The concept of ‘hypocrite’, however, seems to have shifted awkwardly in our time. Properly speaking, in line with its original connotation of a stage actor (hypokrites in Greek), the hypocrite is the person who pretends to have a virtue that in reality they lack. So a hypocrite dissembles, hiding their real self behind a facade of respectability.

But this is not what many people mean when they accuse others of hypocrisy today, whether in the media or politics or the Church. By ‘hypocrite’ they merely indicate someone whose professed moral standards are not matched by their behaviour. This would mean that every teacher of morality (including every parent) must count as a ‘hypocrite’, since we all fail to keep our moral standards to some degree (unless we’re setting our bar too low, which would be just as wrong, if not worse).

Are we all hypocrites, then? Are we all prevented from helping another person with the speck in their eye? I’m afraid that if this were so, we wouldn’t even be able to call out the real hypocrisy, since who would bother to listen to one hypocrite calling another person a hypocrite?

What is missing in this newer idea of hypocrisy is the element of self-knowledge. Thankfully, the regrettable gap between someone’s actions and professed standards can be bridged by their humble acknowledgment of the fact. A wise teacher knows their ignorance; a faithful disciple acknowledges that a long road lies ahead.

A few years ago, a feisty nun was interviewed on the radio and insisted that she was ‘not one of those pious ones’! A nun, not pious? But we have no reason to doubt her sincerity: this nun knew her weaknesses, her lack of piety, and so was probably not far from the Kingdom of God. As one who professed high moral and religious standards (being a nun after all) and yet failed to keep those standards perfectly, her life was emphatically not hypocritical, simply because she had self-knowledge and did not pretend to be something she wasn’t. And so, following St Paul’s example, she never gave in, never admitted defeat: she kept on working at the Lord’s work always, knowing that, in the Lord, she could not be labouring in vain (cf. 1 Cor 15:58).

So, as long as we are aware of the log in our own eye, and take urgent steps to remove it, nothing prevents us calling the attention of others to the general problem of specks in eyes, or even to their particular speck in the eye, though we may not see clearly to help them actively remove it. Our Lord’s warning remains: attend to the log in your own eye and never ignore it, or you will be a ‘blind guide’ unable to see the truth or to preach it.

Truth and truthfulness – that is always the key. The antidote to hypocrisy is humility, and humility is about truthfulness: not putting yourself any higher, or lower, than you really are. Humility means being grounded in reality, planted in the fertile earth (humus). So humility leads to fertility: a good tree, grounded in reality, will bear good fruit. ‘Planted in the house of the Lord they will flourish in the courts of our God, still bearing fruit when they are old, still full of sap, still green’ (Ps 91).

In the present scandals in the Church, we need humility more than ever. Jesus says that ‘every tree can be told by its own fruit’, and that we draw good or bad from the store of goodness or badness in our heart. People might be justified in questioning the goodness of the Church when the outward actions of her members (especially in high places) are so visibly rotten. We urgently need humility to heal us all the way down, rooting us totally in Christ, until our inner core is pure, far purer than our outward appearance. That would eliminate all hypocrisy, however we define it.

Categories:
08th Sunday of the Year