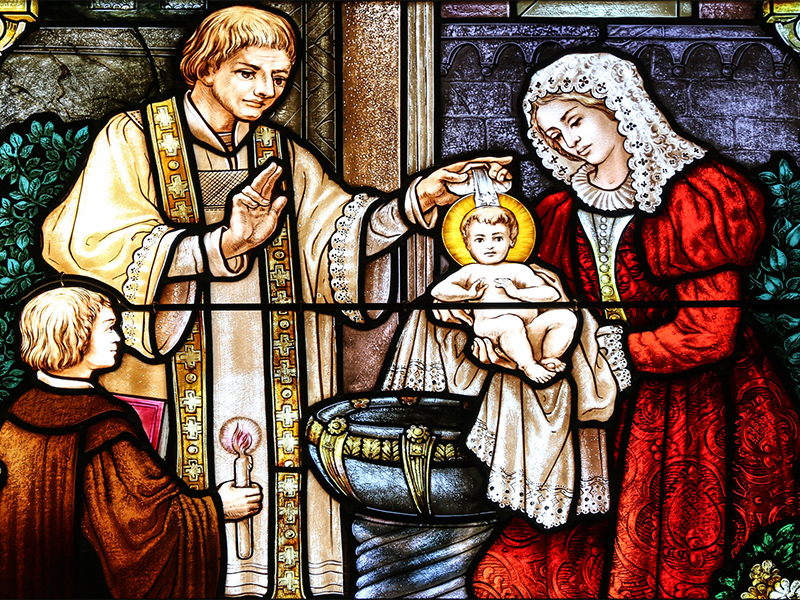 “I will Fulfil the Promise”

First Sunday of Advent (C)  |  Fr Allan White reflects on the promises we make, and the seriousness of keeping them, for God keeps the promises he makes to us.

In a recent Religion class at my school the children discussed morally complex situations to decide what the right thing to do might be. One story involved a fourteen-year-old boy who had been promised by his father that he could go to camp with his friends, if he raised the money himself.  Shortly before he was to leave his father asked if he could take the boy’s money to go on a fishing trip with his friends.  One of the questions was ‘should the boy give the money to his father or not?’  Children have a strong sense of fairness or justice, or of distributive justice anyway. Many of them thought that the boy had earned the money and so was justified in keeping it.  He should simply say ‘no’ to his father ‘it is my money, I earned it and that is that!’ A minority thought the question more complex arguing that his father supported the family, fed, clothed and cared for his children, so maybe his children owed something in return.  Maybe the boy should give the old man a break and be generous.  What they all agreed upon was the fact of the promise.  All of them stressed that the boy’s father had made a promise and that promises should always be kept.  The father’s not keeping the promise was an act of great injustice towards his son.  It denied the boy something that was his.  One of the children said ‘you should only make promises that you know you can keep.’   A promise is a promise; to break a promise is a serious thing. Children expect their adults to keep their promises.  They expect that their parents will not lie to them.

Many parents make baptismal promises, but not too many keep them.  Some think that they are just words or bureaucratic regulations that do not have to be taken too seriously.  It is a form of words, but a promise is a form of words: I swear to tell the truth; I take you as my lawful wedded wife, I promise obedience. Promises must be kept.  I asked the children does it matter to whom you make a promise, or do you only have to keep some promises?  No, was the answer, promises are sacrosanct.  You have to keep promises.  Must you keep promises made to God?  The answer was ‘yes, because these are the most sacred of all’.  When some parents come asking for baptism for their child they think they are making promises to me or to the congregation.  They are not, of course, they are making them for their children to God.  Their words have an effect on their children’s lives; parents state before God and his Church that they want their children to live a Christian life. When we become members of the Body of Christ we undertake to live in a certain way, to live a life that is proper to Christians.  Children cannot become disciples by themselves, that is why their parents undertake to guide them, support them, educate them and ensure that they will be brought close to Christ through sharing fully in the life of his Body the Church. What could be more precious than to be entrusted with another life to nurture, to cherish, to guide, to educate and to form as a responsible member of society conformed to the image of God in Christ?  What can be more beautiful and more joyous than that?

The task stemming from baptism is to nurture and care for children so that they grow and mature and become active members of the Body of Christ living his mission in the world.  It would never occur to parents not to feed their children, yet many see no need to feed them spiritually by nurturing them in the faith, by bringing them to Mass, by ensuring that they participate in the sacraments.  In their neglect they are breaking a promise made to God and are acting unjustly to their children because they are taking something from them: life in Christ.  They have said that they want a certain kind of life for their children, but they are not prepared to do anything to allow the child to live that life until it comes time for First Communion or Confirmation. They reappear, make the promises again and have no intention of keeping them.  Do they really want their children to see that they are the kind of people who do not keep promises?  The Church is not a supermarket where you can come and get your sacraments as cheaply as possible.  Plenty of people want the gift without the task. Religion is a serious business.  If you do not think it is for you don’t take it up.  Don’t make promises if you cannot keep them.  Children think promises must be kept.  What example are they receiving?  What example do we give them if we show that we are not worthy of their trust? The greatest promise is a promise made to God.  Advent is a time of promise. The Lord says ‘I will fulfil the promise.’

Could you help Torch?

TORCH brings a Catholic homily every week to thousands of people around the globe.

We are committed to keeping this service free of charge, so if you value Torch, could you make a small donation to sustain the friars who provide it?

This Advent, please add your gift to help us achieve our target of £2500.

A Message from the Editor