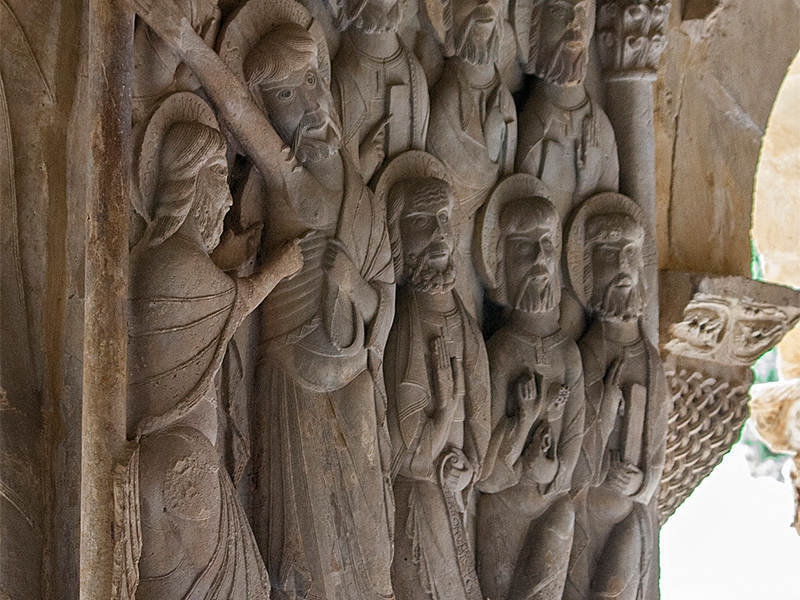 Second Sunday of Easter (B) |  Fr Gregory Pearson on the invitation to blessedness that is extended to each of us who would be naturally skeptical.

Poor “Doubting Thomas” has suffered rather unfairly under that traditional nickname. The problem with it is not only that it rather ignores the second half of today’s Gospel (in which, of course, he becomes Believing Thomas), but also that it seems to single out Thomas as the one disciple who didn’t believe a report that Jesus had risen. In fact, though, across the four Gospels we find many examples of confusion and doubt among Jesus’ disciples in the wake of the momentous event of the resurrection. Both Mark (16:11) and Luke (24:11) relate the universal disbelief with which the women coming from the empty tomb were met by the disciples, and even many of those who encounter the risen Jesus do not recognise him, whether the disciples on the road to Emmaus (Lk 24:16) or Mary Magdalene in the garden (Jn 20:14).

Indeed, when we survey the Gospel accounts, we don’t find a case where a human witness to the resurrection is believed (for that, at least as far as the scriptural narrative relates, we must wait until Pentecost, Ac 2:41); in each instance where someone comes to believe that Christ is truly risen, it is because they have seen him. We might go further, and say it is because he has revealed himself to them; simply seeing him is not necessarily enough for his disciples to recognise him, or to understand that he is not a ghost but has risen from the dead (cf Lk 24:37).

So we shouldn’t think of Thomas’ doubt as something which singles him out among the disciples. The contrast Christ makes between those whose believing follows or doesn’t follow seeing would put all the disciples together with Thomas on the side of those who have seen before they believe. Rather, this episode is one of several which illustrate how hard it was for the disciples to understand and accept what had happened: it helps shake us out of any complacent sense that the Resurrection was an obvious consequence of the events we commemorated in Holy Week, when in fact it is something which turns the order of the world on its head.

Understanding this also helps us think about what is being said of those who, unlike Thomas and the other disciples, have not seen and yet believe. Christ calls such people ‘blessed’. It is all too tempting for us Christians, who ourselves have not seen and yet believe, to read this as a word of congratulation, an approving moral judgment on our faith: we have believed in Christ, the line of thinking goes, and so, as a result, we are blessed. When we consider Christ’s resurrection appearances, though, we come to see this statement in a rather different light. In these accounts, it is Jesus who appears, Jesus who reveals his identity, Jesus whose words and actions invite the disciples’ response. His act comes first, and only once he has revealed himself are his disciples able to recognise and accept the truth of the resurrection.

All the more then for us, the blessedness attributed to those who have not seen but believe can be understood not as a reward for belief, but a condition of belief: it is because God has freely given the gift of faith – something we have not earnt and never could – that we are able to profess Christ’s resurrection. Just as Jesus invites Thomas to put his hand in his side, and so doubt no longer but believe (Jn 20:27), we also are invited to encounter Christ in the Scriptures, in the sacraments, in the life of the Church whose mission it is to bring people to that faith in Christ through whom sins are forgiven. As St John says in the verses immediately following today’s Gospel, ‘these [signs] are written’ in this book ‘so that you may come to believe that Jesus is the Messiah, the Son of God, and that through believing you may have life in his name.’ (Jn 20:30-31)

Photograph by Fr Lawrence Lew OP of the ‘Incredulity of Thomas’ from the medieval cloister of Santo Domingo de Silos in Spain.