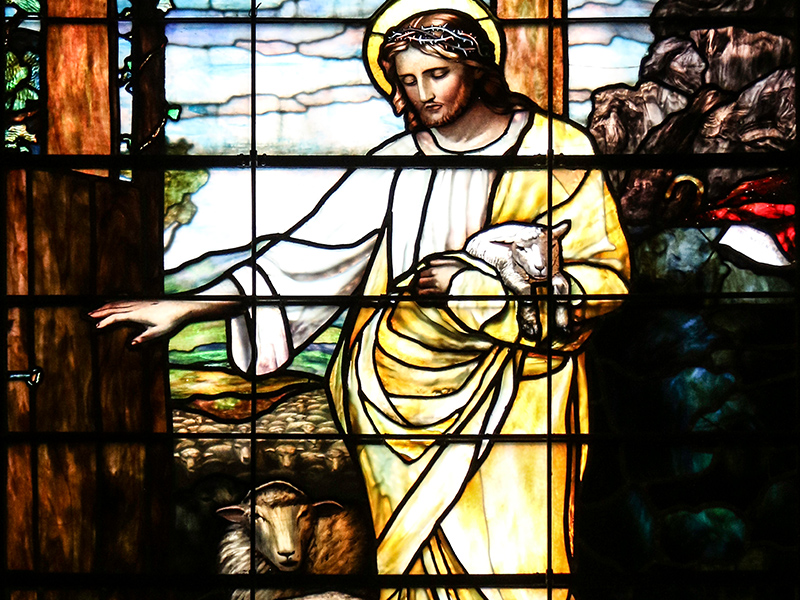 Laying Down His Life

Jesus took up the imagery of shepherds because it was central to the economy of the Jews, but more importantly to their history and religious thought. Many of the great figures of their history and religion had been shepherds at least for part of their lives. The ancient patriarchs, Abraham, Isaac and Jacob all had flocks of sheep. Moses and David both worked as shepherds before they were called to lead God’s people. They were called by God to become shepherds of men. God worked through them but they brought their shepherding skills to their new work. In due course, the leaders of God’s people were more generally called shepherds, regardless of their previous work. Not all of these leaders were good shepherds. But the Christ, the man God promised to raise up to fulfil God’s plans, would be a good shepherd after the heart of God. Alongside this way of describing the Christ, God himself was seen as the actual shepherd of his people, who were seen as his flock. Indeed, this way of looking at God was central to Jewish thought and God’s direct shepherding of his people would be central to the final and decisive way God would intervene to save, rescue and enduringly bless his people.

This double sense of a decisive shepherding role, in which God acts directly as shepherd and also raises up a human as Christ and Shepherd, is taken up by Jesus in today’s gospel. But Jesus introduced a new feature into the work of the Good Shepherd. He would lay down his life for his sheep. This was not a feature associated with the Old Testament shepherd promises. Yes, the shepherd would gather the lost people together, care for the injured, protect all, guide them to places of pasture, understood as good teaching and spiritual nourishment. But while, humanly speaking, a shepherd’s work involved real effort and discomfort, laying down his actual life was not a job requirement. Indeed, applied to work with animals, a shepherd would probably be ill-advised to lay down his life for his sheep, since, once he was dead, they would be unprotected and be likely to scatter. A good shepherd of animals might wisely let a few animals die, if needs be, so he could continue to protect the rest.

But as the good shepherd of people, Jesus is more generous but not unwise. He freely lays down his life in order to take it up again. He will die for his sheep but rise from the dead so as to continue to shepherd them forever. He explains the freedom, generosity and fruitfulness of his death in terms of his divinity and in his relationship with God his heavenly Father. It shows us how much God loves us.

This teaching about his death establishes that Jesus is also priest and victim as well as kingly shepherd. He is the innocent lamb of sacrifice as well as priestly shepherd who makes the offering. Central to the economic importance of sheep at the time of Jesus was the provision of thousands of animals as sacrifices required each year by Jewish law. Jesus offers himself rather than many of his flock. He lays down his life to save them. He came back and offers us forgiveness through his death and eternal life through his resurrection.

Jesus’ shepherding unto death shows his complete dedication to his sheep. It gives us confidence as well as grace to know, love and trust him for his knows and loves us in a divine way that flows from how he is known and loved by his Father. This dedication unto death constitutes an appeal to all people. ‘When I am raised up I shall draw all people to myself’, Jesus said. He calls all into the one flock through the power of his blood poured out on the cross, through his mercy offered to us by his outstretched arms and open heart.

We are called to be receptive and trusting sheep but, whatever our specific vocation, we are also called to be shepherds. We are called to call others to know him who laid down his life for them, called to gather others into the one flock of Christ, in which Christ is recognised and embraced in his goodness so that he can lead us all to the green pastures of divine life.