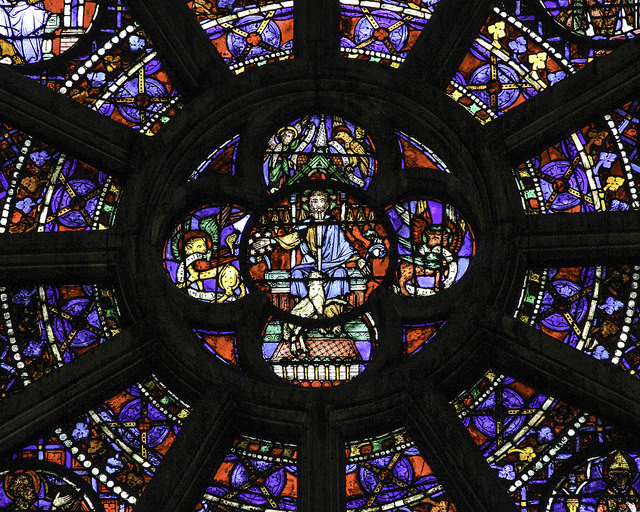 Thirty-Third Sunday of the Year. fr Peter Hunter helps us to see how the purpose and meaning of life are given as a gift.

We’ve all had that experience of joining a group of friends who are mid-conversation, and finding that, at least at first, what they’re saying makes no sense to us. Without the context of what they’ve been saying, it’s hard to get our bearings, and work out just what the things they are saying mean.

Maybe we feel that way about our lives a lot of the time. Instead of making sense, our lives seem disjointed and confusing, and it’s hard to find a meaning in the things that happen.

People say, “Everything happens for a reason”, but that’s precisely because it doesn’t look that way. If the reasons behind the things that happen in our lives were clear, we wouldn’t spend any time at all trying to persuade ourselves that things happened for a reason. But it isn’t so obvious.

One way of reacting to this lack of meaning is to try to create meaning for ourselves. A lot of people nowadays think it’s up to us to create the meaning in our lives. We must decide on a purpose for our lives, heroically make something of ourselves. I don’t think that works, and it’s all very exhausting!

Part of what Jesus is talking about in today’s Gospel is the idea that our lives, indeed the whole history of humanity, the whole universe, already has a meaning and a purpose: we’re just ignoring it. He seems to think that the meaning is pretty clear, as openly obvious as the coming of summer, the signs which herald the passing of the seasons.

Sometimes, it’s pretty hard to accept that the way things are going in the world has anything to do with God. Our news is full of tragedy and suffering. It doesn’t feel as if God is in charge. But even in the darkest stories, there is often a sign of hope. There are people fleeing their countries and people trying to stop them coming here, but there are also people working to make them welcome and to care for them.

In our own lives, I think we often see, especially looking back, a story to our own lives which was not of our making. When I think of the various events in my life that nudged me towards joining the Dominicans, it’s quite unnerving, because I begin to realise that all my own decisions, some of them made for good reasons, but some even made for rather selfish ones, took me down a path I had not planned to be on.

I say “unnerving” because I have to come to realise that my life and its meaning and purpose are not my own. I can try all I like to give meaning to my life, I can have as many plans as I want, but ultimately none of that amounts to much. The meaning of my life, the story I find there, is being told, not by me, but by God. I don’t mean he tells that story in a way that makes my choices irrelevant, but even when I make bad choices, God can use them to move the story in the direction he wants.

Understanding our lives, then, is not about heroically creating meaning. It’s about discovering the meaning that is already there, our part in the greatest story ever told, the history of the whole universe, as told by its Creator, the God who loves us.

Making sense of what’s going on involves seeing things more and more in the light of the revelation that God has given us in Jesus. Things can seem confusing and disjointed, a bit like arriving in a conversation part way through. In that conversation, of course, the people talking have no difficulty knowing what’s going on, and the more we listen and adopt their perspective, the more it makes sense to us too.

Something similar happens in our lives. The more we come to share the perspective of God, particularly in prayer, the more the story becomes our story, and the more we see the sense of it. I’m not sure we will ever know it fully this side of eternity, and knowing the meaning sometimes doesn’t make it any less difficult. But the glimpses we get now give us hope that one day, we will know as fully as we are known, and love will be all in all.