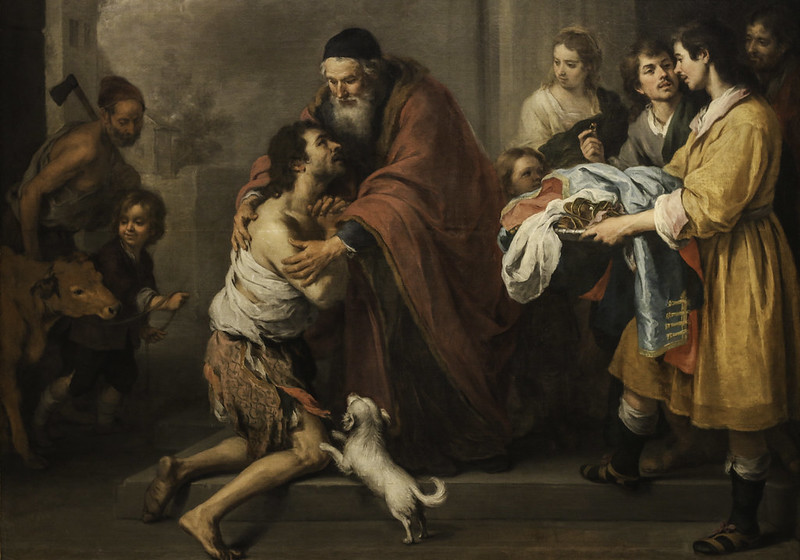 Let yourself be free

Twenty-fourth Sunday of the Year. Timothy Radcliffe wonders how we can forgive seventy-seven times.

When we listen to the Scriptures, it is natural to keep one’s ears open for whatever one agrees with. It is reassuring to discover that God thinks we are right. But the Word of God only punctures our deaf complacency when it challenges us. So we should be alert for what strikes us as jarring, unexpected or even wrong. Then, just as Jacob wrestled with the angel, we must grapple with the Word of God. We may come away limping, like Jacob, but illuminated.

Peter asks the Lord how many times he must forgive: seven times? Jesus’ reply – seventy times seven times – is doubly puzzling. Firstly, this seems completely impractical. If people steal from you, it may be Christian to forgive them once or twice, but if they do so again and again with impunity, society would begin to crumble. If someone is convicted of murder, they are locked up to prevent them doing it a second time. It is also odd that Jesus then tells a parable about a king who does not forgive his wicked servant endlessly but hands him over to be tortured. What is to be made of this?

The beginning of an answer – and all one ever does is to begin! – is to be found in the dominant metaphor: sin as bondage. The king is the only free person in the parable. All the rest are servants. This bondage becomes ever tighter as they fall into debt and are threatened with imprisonment. Their lives are constrained, and their debts tighten their bonds.

Forgiveness is release from imprisonment. The wealthy slave, whose debt was inconceivably enormous, is liberated to go about his life, but he uses his regained freedom to imprison the poor fellow slave who owes a tiny amount. He has been freed from debt but he becomes evermore imprisoned in his greed and lack of compassion. The prison door is open, but he becomes ever more incarcerated in selfishness.
St Paul said to the Corinthians, ‘no one lives for oneself and no one dies for oneself, but if we live, we live for the Lord and if we die, we die for the Lord.’ We cannot be alive for ourselves alone. To live is always to live for another, otherwise it is mere existence. As Christians, we live for the Lord and for each other. Forgiveness releases from imprisonment in the narcissistic bubble of the self.

The second servant is freed because of the compassion of his fellow servants. He is one of them and so they care for him. They are all in this together. Whereas the wealthy servant who was deeply indebted forgot who he was, a fellow servant who had been liberated from prison back into the webs of social solidarity.

Here we may begin to glimpse a solution to the puzzle with which we began. Yes, forgiveness is indeed unlimited, to be offered not seven times but seventy times seven times. However deeply we dig ourselves into a hole, the Lord is there to release us into freedom and restore us to life. But Christian freedom is not a private possession that I can grasp for myself and deny to another. We are only truly free with and for each other and for God. If I harden my heart against another, the prison door may be open but I am refusing to walk through it. I wrap myself in new chains. My freedom is vacuous.

We cannot go to heaven alone. Charles Péguy, the French poet, tells us that if we try to God will say: ‘Where are the others?’ We come with our fellow servants. When a selfish woman died, the angels struggled to find a reason to smuggle her into heaven. Then they remembered that she had once given an onion to a beggar. So they lowered down an onion on its string to where she was swimming in the sea of Hell. She swam towards it and clung on and the angels began to pull her up. But others came after her and tried to hold on to it too, but she kicked them off shouting, ‘It’s mine.’ The string broke.