Second Sunday of Easter (Low Sunday). Fr Anthony Axe helps us to see how Thomas in his doubt represents many Christians.

Faith is a notoriously slippery customer. It is difficult to understand and difficult to grasp because it seems to come and go. For this reason, people are afraid of faith or rather of not having faith. What do you do to gain it or make it grow in strength? It seems to come easily to those people whose faith does not depend on their understanding what it is they believe. Sometimes it seems they are the only people who are certain of their faith. But most of us are waverers. Like the man in the gospels who asked Jesus to cure his epileptic son and who Jesus asked, ‘Do you believe I can do this?’ to which the man replied,’ I believe, Lord help my unbelief.’

This insecure type of faith has good biblical precedents and none as relevant to the problem as the story of Thomas in today’s gospel. But it would be a mistake to start empathising with Thomas, because that’s not what the story is there for. Thomas, like many of the gospel characters, is a type and what happens to them reflects the various situations we encounter throughout our Christian lives. So Peter denying three times that he ever knew Jesus resonates with us because of the betrayals we have been guilty of or suffered from. Martha and Mary, who epitomise service and study and the gap that seems to separate them, are meant to bring home to us the necessity and equality of both.

And so it is with poor ‘doubting’ Thomas. He is out when the risen Jesus appears to the disciples and so he misses the event. On his return, when the others tell him that Jesus has risen from the dead, he cannot bring himself to believe them. He is so vehement in his disbelief that he tells the others that until he sees and feels the wounds made by the crucifixion nails in Jesus’ hands and the gash made by the spear in his side, he cannot believe. We can imagine the others being shocked at his attitude but I wonder what their reaction would have been if they had been in the same position. They had all fled like cowards when Jesus was arrested in Gethsemane so I suspect they would all have behaved in the same way that Thomas did. But this is nothing to be ashamed of. I suspect John, the writer of this particular gospel, is telling us that most people’s faith cries out for some sort of proof.

Later, when Jesus appears to the disciples again and Thomas is present, he doesn’t berate him because his faith is seemingly weaker than that of the other disciples. In fact, Jesus isn’t interested in the others at all at this point. He compares Thomas with those people in the future who believe, even though there is no chance that they will ever see the risen Lord in the flesh. ‘Blessed are those who have not seen and yet believe,’ Jesus says. We are those people who believe and have not seen. We are those people who, because we have not seen, sometimes find it difficult to believe. And that’s not just belief in the Resurrection. It’s belief in the whole religious thing, the entire God thing. We believe but we don’t know where that belief comes from.

This resurrection appearance story, which seems like failure on the part of Thomas, is there paradoxically to give us encouragement with regard to our own faith. Jesus says that the people who have not seen his risen body yet believe are blessed, are happy. Well perhaps they are but Jesus doesn’t say that there are many of them around. Most Christians hang on to their belief, to their faith, because they have caught glimpses of the risen Lord. In our daily lives we occasionally experience something that speaks of God and the risen Jesus. The memory of them lingers in our hearts and it is this that we cannot let go of. We believe, and that is God’s gift to us. When Jesus commends those who have not seen and yet who believe, he doesn’t say how strongly they have to believe but simply that they believe, and that is what most of us do in varying degrees. We remain Christian because we believe and because we are hanging onto those glimpses of God we have experienced in our lives. What matters is not how much or how strongly we believe but that we do believe. It matters that we remember those times when God has been present to us, revealing that there is more to life than betrayal, war, violence, hatred, greed, selfishness and power-seeking.

But we live in hope that our faith will grow stronger as we learn to recognize the presence of the risen Lord in the world. Our faith may be like a grain of mustard seed but we have the promise that if we persevere it will become the greatest of all the trees and see us through. As with the apostle Thomas, it is through our doubt that we will gain our faith. And every so often we will catch a glimpse of God that takes our breath away. 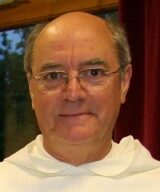