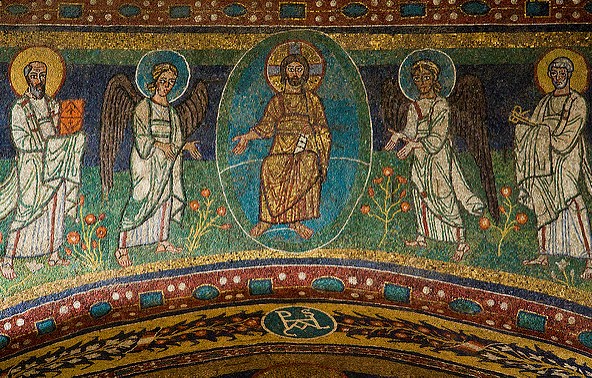 I don’t think either Peter or Paul would be very pleased with the place and the honour that we give them in the church today. We see them as founding apostles, and yet they would not recognise that title. Yes, they certainly saw themselves as being sent. St Paul starts his letter to the Corinthians by saying that he has been called an apostle. That is to say that he was called by Christ in the conversion experience that changed his life on the road to Damascus and that he has been sent out to bring that the news that salvation is to be found in the person of Jesus. You probably know that the word apostle means one who is sent. So Paul is saying that the Lord has sent him when he uses the word apostle. It is not a job title and neither does is it a job description – it is more a statement of fact. Peter has been sent too. After the resurrection of Jesus, Peter is told by the Lord to feed my lambs and feed my sheep. Thus the Risen Lord commissions Peter just like Paul was sent. I am sure that they both saw themselves as missionaries, not as people who put down foundations, let alone being considered as foundations. For them and us Christ is the foundation of the church.

Even though Peter is the name given by Jesus to Simon and it means rock, and Jesus tells us in today’s gospel that he will build his church on this rock, Peter proves not to be a very good foundation stone. He denies Christ three times as we know, but he reaffirms his love for Jesus three times as well. Peter’s foundation is Jesus himself because he has the insight to see Jesus for who he really is: the son of the living God. For Paul the foundation of his conversion is seeing that the place where salvation is to be found is not in the Law but in Jesus himself. So much so, in fact, that Paul wants to put him on, and says that it is no longer he that lives but it is Christ that lives in him.

This feast is a good day for us to see how we are doing as a church, as a parish and as individuals. The engagement with Jesus of these two men inspired them to go out to the world. Initially they went to the Jewish people, especially in Peter’s case, but eventually to the known world of the time. For them being a disciple of Christ wasn’t only about forming a community of followers of Jesus. They were driven to tell others of the joy and peace that came with the message of Jesus’ resurrection. They wanted to tell the world about the hope that had been given to them in the forgiveness of sins.

Nowadays Peter and Paul inspire us by their example to be outward looking and to realise the truth that if we become an inward looking church, only concerned about our future or our past then we are likely to die out. The Word that both these apostles preached is a living Word and it is precisely that Word that gives life to our community today.

The successors of the apostles are challenged to find new ways of being like Peter and Paul. How easy it is to become disheartened by the changes in our Catholic community in England and Wales. We can sit at home and bemoan the closing of churches, falling congregations and blaming it on demographics or secularisation, or we can think of news ways of doing what Jesus did when he reached out to the poor and those who were lost. The work of evangelisation, of spreading the good news, is still there to be done, probably more so than ever before.

Personally, I am deeply moved by the missionary and preaching life of Peter and Paul. For me they are missionaries who planted the word of God far from home and ultimately gave their lives because they followed the teaching of the Lord and preached it to others. Although bishops and the church have a responsibility for keeping the foundations of the church intact in respect of buildings and institutions, their purpose is only to provide a context for the gospel to be lived and preached. When the sense of mission is lost in a community then numbers dwindle and the parish declines, and we become museum keepers rather than evangelisers.

It is salutary for us to remember that many of the churches that Paul and Peter founded, especially in present day Turkey, no longer exist. Yet because of their preaching and missionary activity the gospel message has spread around the world. The Word grows even if the buildings fall.

Finally are we able to say like Peter that Jesus is the son of the living God, and if we are why don’t we want to tell others about this good news. Surely it should be shared and not kept secret. Otherwise we might not be able to say like Paul at the end of his life that we have fought the good fight to the end.

May we be encouraged and enthused with missionary zeal by St Peter and St Paul.

The image above is a 9th century mosaic in the Church of Sta Maria Dominica in Rome. 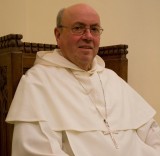