Twenty-Sixth Sunday of the Year. Fr Peter Hunter tells of the road paved with good intentions.

My mother used to say to me, when I forgot for the zillionth time to do some thing she had asked me to do, ‘The road to Hell is paved with good intentions.’ What she meant by that is that we can intend all kinds of good, but it’s no use unless we actually do the good we intend. Perhaps she was thinking of the parable in the Gospel today.

You could read the Gospel that way, because the son who says he will go and doesn’t clearly didn’t do the will of his father. He didn’t go to the vineyard, and presumably what the father wanted was precisely for him to go.

We aren’t told why the second son acted as he did. We can’t assume he never intended to go. Maybe he was quite sincere in his word to his father, but he got distracted or was lazy. So perhaps his intentions were good, but he never followed through on them.

This Gospel just isn’t as simple as ‘Follow through on your actions’ though. The moral of the story isn’t the one my mother was trying to teach me as a boy, I don’t think.

Part of the way we see this is to understand just how shocking the behaviour of the first son is. We may not feel it to be so, but Jesus’s hearers certainly would have done. ‘Honour thy father and thy mother’ would have made speaking directly against your father’s request impossible in Jewish society of the time (or indeed, most societies of the not-too-distant past).

The first son does something awful – he rejects the command of his father to his face – but he comes around and does the right thing and goes. He’s the one who does his father’s will, even though the way he has behaved was quite wrong at first.

That’s the point of Jesus’s words to the Pharisees which close this passage. They see in this simple case that it’s just obvious that the one who does the father’s will is the one who repents of his rejection of the father will, the one who acts badly but then makes amends.

The Pharisees were religious rigorists, who wanted everyone to keep the law of Moses – nothing wrong in that, of course, but they tended to look down on people who didn’t keep the law as they did.

The prostitutes and tax collectors who responded to John’s call to repentance had made a bad start: being a tax collector involved making a living by extorting your own people, and doing so with the support of the local oppressors. It wasn’t for nothing that Jews hated and vilified tax collectors. But in repentance, they recognised their faults and showed their desire for something new and better. They showed that they, after all, wanted to live the way of righteousness that John preached. They wanted their Father’s will.

The Pharisees, however, rejected John. They didn’t see the need for repentance in their own lives and they didn’t think it was right to spend time with sinners. They wanted to encourage the strong and live pure lives, rather than to bind up the weak. They believed so strongly in their own cause that they forgot the Scriptures, where they could have read of God’s forgiveness for those who repent.

In doing this, they showed that, after all, they didn’t want the Father’s will. They had said yes, but they weren’t going to go. They didn’t accept the power and the importance of repentance and forgiveness.

It’s possible, then, to get distracted or misled on the way to God. It’s possible even to do the terrible thing of rejecting God and his love. We must never think, however, that it’s too late for repentance, in our own or in other’s cases. No-one is lost, unless they really don’t want God and his ways of love after all.

As a wise friar to whom I repeated my mother’s saying said to me, you get to Heaven by wanting to get there. ‘The road paved with good intentions? Sounds like the road to Heaven to me!’ 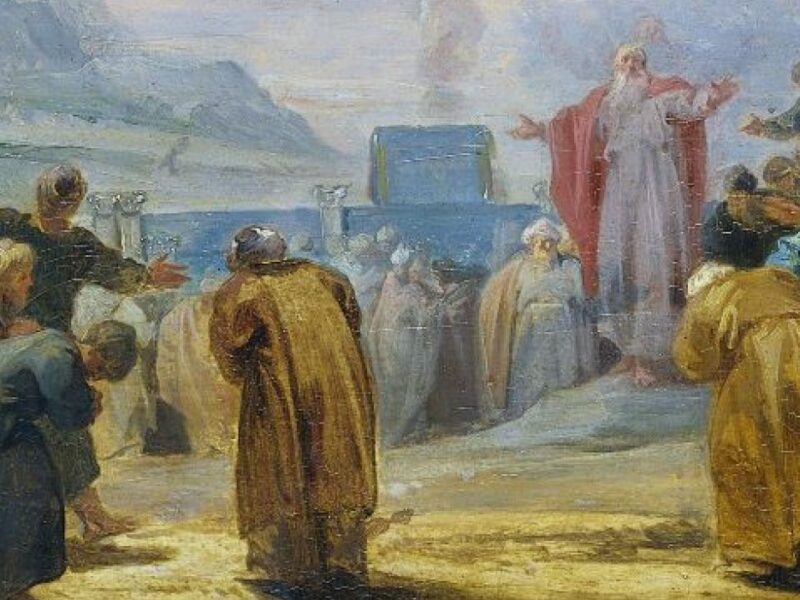