Thirty-third Sunday of the Year. Fr John O’Connor preaches on being prepared to be unprepared.

Jesus understood that sometimes careful planning is needed. To see this one need only remember how carefully he planned the arrangements for his Last Supper with his disciples.

But for all that, Jesus knew some of the pitfalls of planning. Famously, he pointed out how careful planning, if driven by undue anxiety, can prevent us from living truly, from appreciating the good within the present moment:

This Sunday’s Gospel reading sheds further light on the positives and negatives of planning. Let me explain.

There are some people who are speaking about how the Temple in Jerusalem was adorned. Jesus then declares what must have been terribly shocking:

As for these things which you see, the days will come when there shall not be left here one stone upon another that will not be thrown down.

In the year 20BC King Herod the Great – who sought to kill the infant Jesus – started a project to rebuild, extend, and embellish the Temple. The Temple had first been built in the reign of King Solomon. It was then destroyed by the Babylonians and rebuilt. And although much progress in extending and improving the Temple took place during Herod the Great’s life, work would continue for many decades afterwards. It was a mighty work of planning.

Herod the Great and his successors were presumably working on the assumption that the Temple would last hundreds, even thousands, of years. But, as we know, the extended and embellished Temple was destroyed by the Romans in 70AD. The only part of the Temple now left standing is the outer Western Wall, commonly called ‘the Wailing Wall’. It is a place where Jewish people come to pray and to lament the destruction of the Temple. We can thus understand Jesus’s words – ‘there shall not be left here one stone upon another’ – as a chilling prophetic utterance of what was soon to come.

Jesus also indicates further challenges that the people would face:

Nation will rise against nation, and kingdom against kingdom; there will be great earthquakes, and in various places famines and pestilences.

These things did, alas, take place. One of the results of the Jewish uprising that led to the destruction of the Temple was the burning of crops by the Romans and the killing of many in the workforce, after which a famine ensued. The nation of Israel was in effect destroyed, leading to the diaspora, or spreading out, of many Jewish people across the globe.

There were also, as Jesus predicted, many persecutions. The People of Israel were persecuted by the Romans in the aftermath of the Jewish rebellion. The early Christians were also persecuted, both before and after the destruction of Jerusalem. And, as we know, such persecutions continue to this day.

One could interpret what Jesus is saying in today’s Gospel as Jesus helping the people to plan for future events that he foresaw but they did not: the impending catastrophe about to descend on the Jewish People and the persecution of the early Church. But Jesus also has a perennial message, a simple but important message: we can plan as much as we like – it can be good to plan – but we also need to be prepared for whatever life might throw at us in the future, including what is wholly unexpected and unplanned.

In other words, it’s not only a matter of planning in the sense of putting in place things that are external to ourselves for what might happen, in as much as we can estimate. We also need to carry out that sort of planning that concerns what is within ourselves. ‘Prepare ourselves for the future’ is a better way of putting it than ‘plan for the future’. Herod the Great presumably planned for the coming of the Messiah – a mighty Temple to receive him! – but Herod the Great was clearly totally unprepared to welcome the Messiah when he actually came.

We receive from Jesus an illustration of the distinction between mere planning and preparing ourselves when he says these words:

This will be a time for you to bear testimony.  Settle it therefore in your minds, not to meditate beforehand how to answer;  for I will give you a mouth and wisdom, which none of your adversaries will be able to withstand or contradict.

In the way I am using the terms, we could say that the planner will seek to have all the words in place in advance, but he or she might not be truly prepared. The one who is truly prepared will have the inner readiness, receptivity, and state of being to respond as they ought. They will be prepared to be open to the Holy Spirit to guide them.

It is so easy to work hard at general planning and yet to overlook the sort of planning that is needed in order to be truly prepared. Being prepared in this way is not simply in case certain events might descend upon us. It involves being a certain type of person. It involves a state of being that seeks to cultivate the virtues and friendship with the Lord. It involves a state of being that recognises that human effort only goes so far, and that we need to open our hearts and minds to the grace of God. It is to be anchored in Christ, the New Temple that is eternal; anchored in a reality that is much greater than whatever might happen, whether planned or unplanned. It is about being truly prepared.

Image: detail from The Wailing Wall and the Temple Mount – Jerusalem, photographed by Neil Howard 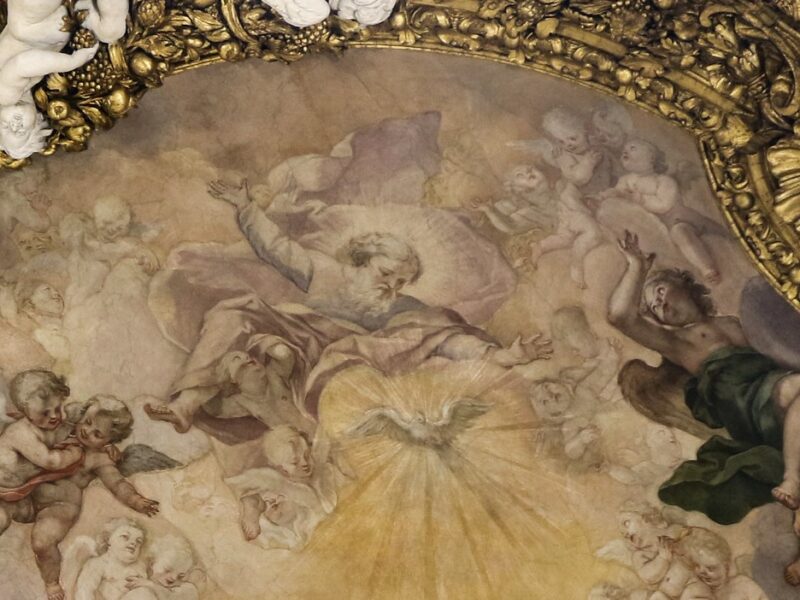