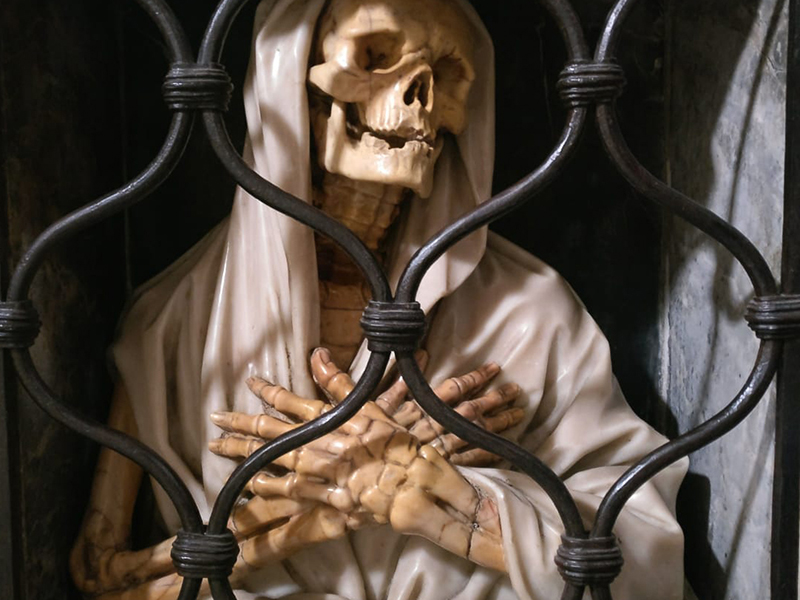 Remember that you are dust…

It wasn’t until I joined the Dominicans that I learned that Ash Wednesday is not, in fact, a Holy Day of Obligation. Don’t worry I do still go! But I had always just presumed given the huge numbers of people at Mass (far greater, in fact, that most actual Holy Days of Obligation) that it must be one. I always remember when I worked in the City and would go to St Mary Moorfields where there would be three Masses at lunchtime with people waiting outside on the street to get in as soon as the previous one finished. Given that the small Church frontage was flanked by a jeweller and a shirt shop, I always used to think that non-Catholics must have thought there was an amazing sale on at those shops that day; yet they would emerge with no bags and dirty foreheads.

All of which begs the question why do people flock to Church on this day – many of whom wouldn’t worry about missing a Sunday – in order to be told, ‘Remember that you are dust, and to dust you will return’ . . . and it is this they want to hear; I have had so many conversations with people who felt somehow short-changed when the priest said the alternate line, ‘Repent, and believe in the Gospel.’ Now it’s not that the latter line is bad advice – it’s not; it’s essential advice. But, on this day, I think people want their finitude, and the fact that they will one day die, acknowledged in a solemn way.
It’s the terrible truth we all live with, and yet we live in a society that ‘Doesn’t do death’. Yes, we have lots of violence in our TV and computer games, but very rarely in our culture do we deal with the death that most of us most likely will die: old, frail, and struggling to look after ourselves. It’s not especially appealing and it doesn’t make great TV; so we don’t see it portrayed. But deep-down we know it’s there in the possible future… unspoken… but there.

David Foster Wallace, one of my favourite writers, thought that one of the most important jobs of fiction was to make us confront the reality of death. A confrontation he saw as the necessary beginning of redemption:

I strongly suspect a big part of real art-fiction’s job is to aggravate this sense of entrapment and loneliness and death in people, to move people to countenance it, since any possible human redemption requires us first to face what’s dreadful, what we want to deny.

Ash Wednesday confronts us with what we so often deny. I think Ash Wednesday is a little bit like that moment in a conversation between people in a serious relationship where they’re talking about trivial things, but feel the tension of something really awkward that needs to be said, but is really uncomfortable to bring up. And then someone is brave enough to mention it, and it’s just a huge relief that they’re now both talking about it. The conversation immediately becomes deeper but the tension has lifted because it’s now in the realm of reality, and there is only so much unreality that we can withstand.

Ash Wednesday takes very seriously that fundamental reality of life: our death. And we know when we walk into the Church that this is what we will get. Ash Wednesday poses the question, ‘Who will you be when you die?’ and ‘What will you become?

We do not know the hour of our death so the time to prepare for it is now. And the wonderful paradox is that to prepare for death is to start to truly live. Loved by God, we have been given the gift of time, and ‘every second is given to us in order to grow into the love we have already received. Time is the environment, the divine environment that is appropriate for all who have not yet reached perfection but are in the process of becoming perfect.’ (Fr Wilfrid Stinissen, Eternity in the Midst of Time).

We need, then, to take time seriously, but, so often, I think we live in a rebellion against time. Perhaps because our everyday lives are blinded to death, we don’t see time as the gift that it is? We live in denial of our finitude, yet resenting the feeling that we’re always running out of time. We might feel like we’re rushing; and we could have done this earlier if we’d been more organised; and we feel annoyed with ourselves; and so we seek some little pleasure, which so often is itself a waste of time and this only compounds the guilt. And we do such unthinking things with our time, as if it were not really limited. I suspect if we were to look at how we spend our time versus what truly matters to us, we would be horrified. We long to love and to be loved, but loving is not easy. Christian loving is more demanding than time spent online or watching TV. There’s a certain psychic pain of boredom that may arise in prayer that we don’t get as we scroll down our phones. We resist the cross that Christian love involves. We seek to fill our longing, our aching for that which truly satisfies, with things other than Jesus, and it does us no good. And so God speaks through his prophet and says: ‘Be converted to me with all your heart, in fasting, and in weeping, and in mourning. And rend your hearts, and not your garments, and turn to the Lord your God: for He is gracious and merciful, patient and rich in mercy, and ready to repent of the evil.’ (Joel 2:12-13)

But like St Augustine on chastity, we tend to say, ‘Yes, Lord, but not yet!’ We live in a certain sort of denial, we want to live as if we were eternal, and yet we’re panicked by the unknown future. And this saturation of our time with the trivial – with what is not God and of God – only serves to make us more scared about the future, and we retreat ever further into an unreal present: a present that does not engage with the really real. But it’s the real present that counts, and only in the real present will we encounter the Real Presence.

Ash Wednesday is an invitation to use Lent to begin to live more fully as a child of God. As Paul says, ‘Now is the favourable time.’ (2 Cor 6:2) And when we live as a child of God, open to the graces that surely flow from prayer, fasting, and almsgiving; living with the Lord because we are living like the Lord; then Christ reaches into our lives all the more, and the present becomes saturated with eternity.

In the Christian life, and most particularly at Mass, eternity pierces time and fills it, but on no day do I think we are made as profoundly aware of this as on Ash Wednesday. For today, the first time we approach the altar we are marked with ashes and reminded of our death, but the next time we approach we are given a taste of eternity. We receive the one, who bore the Cross, and who has conquered death, opening up the way to eternal beatitude. The question of Ash Wednesday is ‘Between death and eternity, which will you choose?’ And the time to choose is today, not only because we do not know how many tomorrows we have left, but because choosing Christ now is choosing life in abundance, irrespective of how much time we have left in this mortal coil.