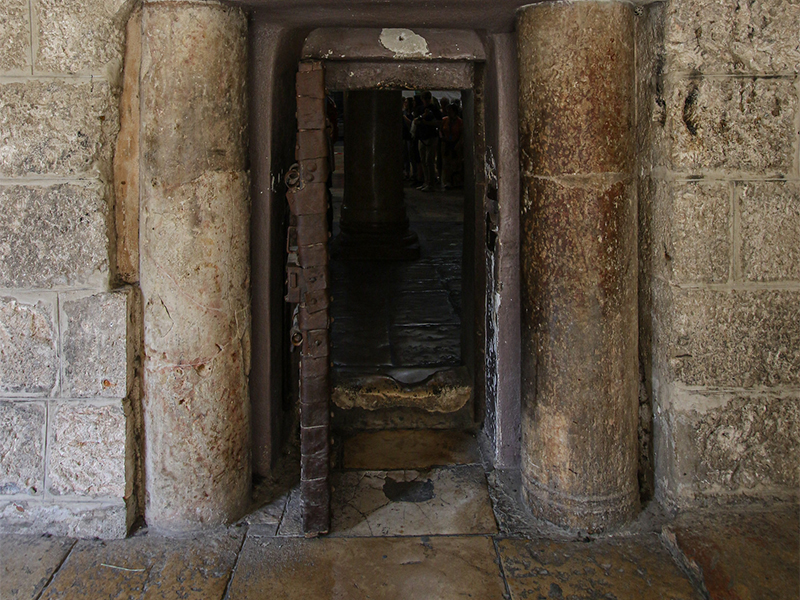 Twenty-First Sunday in Ordinary Time (B)  |  Deacon Luke Doherty ponders the hard choices that must be made to take the narrow road that leads to life with Christ.

There can’t be many friars who have stood for public office. It was probably one of the most surreal experiences of my life when I ran as a candidate for the UK Parliament. I stood on a platform of encouraging growth in the local economy, better housing and a more sustainable national infrastructure. I even had my five minutes of fame with a live television interview. Party politics is of course a bit of a dirty business. Even in the selection process, I almost lost the selection vote because I was asked my view on abortion. I had to give a truthful reply and say that I opposed abortion and I take a pro-life position according to the Catholic moral teachings. This did not go down well amongst some of the party members. Reflecting on the experience, during the selection process, during the lengthy campaign, and on the election day itself, I very much valued my knowledge of the Christian way of life. In a sense, it was this which held everything together because I went into the campaign with core values and a moral framework. It is, after all, easy to be influenced by the many individuals and lobbyists who are involved in party politics.

The Christian life means having an awareness of the virtues, the vices and an understanding of compassion. It means having a knowledge of history. And Christianity proclaims an instilled care for the wider community, a concern for the nation and for the whole world. It was this philosophy which led me to join a political party in the first place.

Needless to say, I did not win the election. My party had too small an activist base to win, and we were outgunned at the local level. But, the whole experience of standing for parliament did get me thinking about many things, including switching to a larger more established political party. Ultimately, I felt that I couldn’t really reconcile party policies with my own Christian beliefs. I would have had the same problems in a large party as I did in a small party. There was usually some hostility I encountered in politics where basically some people just rejected the idea of an objective morality. Truth is for some people, just a relative concept. Eventually, it became like the situation Joshua presents to the People of Israel, “decide today whom you will serve”. I decided to leave party politics and I eventually joined the Dominican Order with a view to making a difference to people’s lives and in the wider community – outside of party politics.

The call to discipleship which Our Lord makes in the Gospel of John, is a line in the sand. The line perhaps divides those who are earthly minded, from those who recognise that there is more to life than what we first might think. The call to discipleship is a call to live a life of virtue, living out the positive beatitudes of helping those in need and loving our neighbour. Choosing the narrow road is the one which leads to an everlasting happiness.

Christians take on these difficult teachings of Jesus, because they are part of the revealed Truth which has been handed down by Christ himself. Some teachings are indeed difficult, but we must constantly remind ourselves that we do all this for a reason. We have our own imperfections and we often have to put up with the imperfections of others. But we must remind ourselves that we have the promise of eternal life, a reward greater than we can comprehend in our earthly lives. And the promise is this: that if we follow Jesus Christ then we will be rewarded in heaven – because he is the one who has the words of eternal life. And here on earth, on our journey, that life eternal is with us – present, ongoing; in the here and now.

It is difficult to persevere in environments which are either hostile or indifferent to Christianity. Jesus is the teacher of the crowds who find his words difficult to digest. The followers in John 6 find the eating of his ‘flesh and blood’ one of the difficult sayings, perhaps as they do not understand. It is after all, a difficult concept.
Christ has previously in John 6 spoken of his future ascension, of his entire body ascending into heaven where Jesus will reside. Christ also speaks of giving his followers his flesh and blood to eat – but not in the sense of eating the flesh of an animal. And yet more mysteriously, his flesh and blood will be ascended into heaven but yet still made substantially present for those who follow Christ. Are you confused yet? Some of the followers of Jesus certainly were.

We are, of course, called to understand the words of Our Lord in a spiritual sense. The spirit gives life, but if we live according to the flesh only then we will die (cf. Romans 8:13). But this ‘spiritual bread’ at Holy Communion, which is substantially Christ’s body and blood, actually gives life. The soul begins to live because it adheres to the Word of God, to the person of Christ. And Christ gives life to the world through the Mysteries which he accomplished in his flesh. And the Word is tied to this giving of life to the world, to us.

Jesus was not running an election campaign, but he was asking his followers to make a positive choice. He was saying to his followers that we need to choose the narrow path. What we must remember is that in this flesh and blood that he offers and that we receive something beyond this world: there is a giving over from God to us of what is most intimate in Christ’s own being: a participation in his divine Sonship.