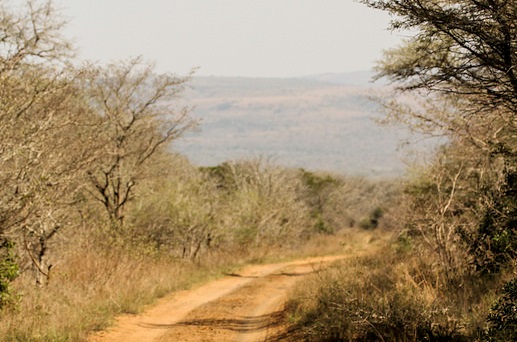 By Fergus Kerr O.P.
29
Sixteenth Sunday of the Year. fr Fergus Kerr reflects on the significance of the desert lanscape in Scripture.

These four verses, the shortest gospel reading in the Sunday cycle, recount a fairly unremarkable circumstance. When the Twelve, sent out by Jesus to preach repentance, return and report to him, he calls them to retire with him to a ‘deserted place’, away from the crowds. They escape by boat but the crowds get ahead of them. For Jesus, moved with pity, the crowds seem like ‘sheep without a shepherd’, so he begins to teach them. And that’s it!

Into this unremarkable sequence of events, however, Mark interweaves two motifs, deeply rooted in Scripture, each heavily loaded with significance: withdrawal to the desert and the need for a shepherd. The second of these, highlighted by the choice of first reading, as well as in the responsorial psalm, is obviously the recommended focus of our reflection.

Consider first, however, the significance of the ‘desert’. My late brother-in-law’s first job was in Libya; in later years he went back to spend days in the desert, taking thousands of photographs, which he loved to show after dinner on special occasions. Miles and miles of sand (one might suppose) could quickly prove boring; one thing the show demonstrated, on the contrary, was the infinitely subtle vitality of desert landscape. In Scripture, of course, ‘wilderness’ (Hebrew midbar, Greek érēmos), is, often and archetypically, where God renews His connection with those who seek Him. Far from being sterile and desolate, wilderness in biblical perspective means, rather, uninhabited and so unappropriated territory — not fenced off or owned by anyone, affording free range for shepherds and their flocks, for example. Obviously, as pilgrims to the Holy Land see as they drive through, the wilderness on either side of the road is not some barren lunar landscape: on the contrary, in clefts and slopes there will be patches of corn, clumps of olives, an occasional palm tree and long stretches of low-growing vegetation. Indeed, as Mark goes on to note, there was an abundance of ‘green grass’ in this deserted place (verse 39). Moreover, Jesus contrasts the place with the ‘towns and villages’, evidently not very far away (verse 36). The point, as here in Mark’s account, is that the desert belongs to no one — or rather, wilderness is where God may bring about something new.

Mark actually starts his version of the gospel in the wilderness, with the preaching of John the Baptist (Mk 1: 3-4). The ministry of Jesus himself begins, as in Matthew and Luke, by his resistance to the temptations of Satan in the desert (Mk 1: 12-13). Deep in the background, for us as for Mark’s first readers, is obviously the forty years during which, escaped from bondage in Egypt, the tribes, under the leadership of Moses, are shaped in the desert for the destiny that God planned for them (and ultimately us).

As nobody’s territory, unoccupied and unfenced, the wilderness lay open to shepherds and their flocks. It was a natural enough reaction for Jesus to see the crowds as like ‘sheep without a shepherd’, seething and swirling around him, desperately in need of guidance and direction. Taking pity on them, he begins to teach — Mark doesn’t say what he tells them. Clearly, however, Jesus gathers the people round him. In effect he takes on the role of shepherd, so natural an analogy in the particular circumstances, but of course charged with such a lengthy list of biblical precedents, all the way back to Abraham our father in faith. As our first reading insists, there will be ‘shepherds for them [the people] who will shepherd them so that they need no longer fear and tremble; and none shall be missing, says the LORD’. Christ is the true shepherd, as he reveals in St John’s Gospel. Yet, as Jeremiah says, there will also be unfaithful shepherds. Thus, as we gather as Christ’s flock to be renewed by faith in the true shepherd, and while giving thanks for the fidelity of the great majority of pastors in the Church, we surely cannot but echo, in these sad days, the woe that the prophet Jeremiah pronounces against those, by whose scandalous behaviour, a generation has been driven away.