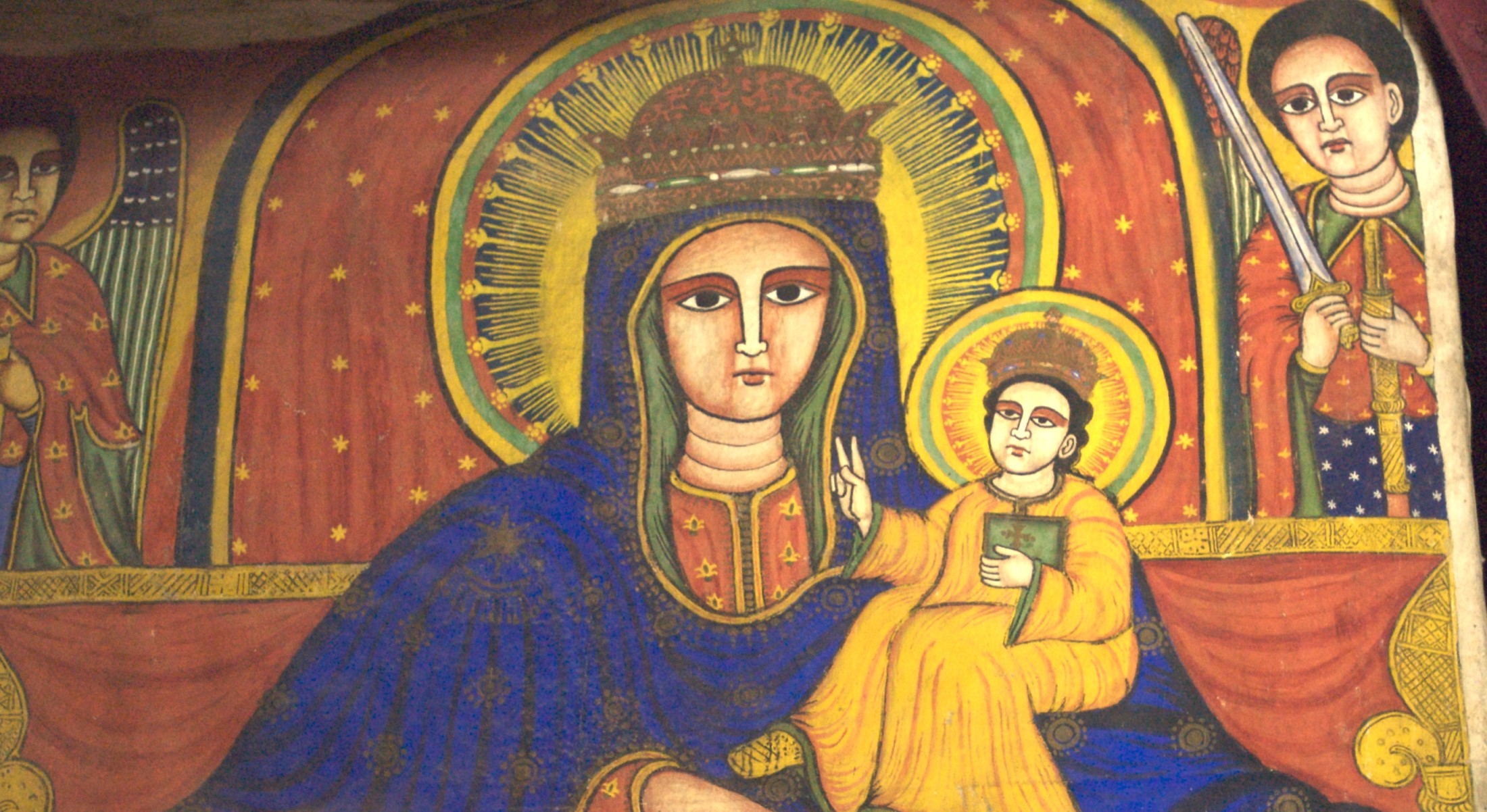 The Face of God

Solemnity of Mary, Mother of God. Fr Timothy Radcliffe suggests that it was Our Lady who put a smile on God’s face.

Today’s Feast seems an impossibility. How can a human being be the mother of God? Yet the Council of Ephesus in 431 declared that Mary was the Theotokos, the God-bearer. This is more than a biological fact, that her child was truly human and truly divine. Being a mother implies more than just the physical act of giving birth. She raised and formed a child who was divine.

To see the beautiful and astonishing truth of this doctrine, let us go back to an apparent contradiction that lies at the centre of Israel’s relationship with God. She longs to see God face to face. Our first reading today overflows with the desire to see and be seen by God: ‘The Lord bless you and keep you! The Lord let his face shine upon you and be gracious to you! The Lord look kindly upon and give you peace!’ In Chapter 33 of Exodus we read ‘Thus the Lord used to speak to Moses face to face, just as a man speaks to his friend’ (verse 11). But a few verses later God says to Moses, ‘You cannot see My face, for no man can see Me and live!’ (verse 20).

How can our desire to see the face of God be satisfied without our annihilation? Because the Lord God, the Creator of Heaven and earth, is born as a child with a human face on which his mother and disciples look without perishing.

A face is not just the flesh on the front of the skull. It becomes a face by being smiled at, first of all by its mother and father. The child’s features become a face in response to the smiles of those who love it. Friends of mine adopted a Vietnamese child who had been orphaned in the war. For months he survived in a ward in Saigon but he had never learnt to smile since no one had smiled at him. I remember the triumph of his first smile, months after his adoption. Mary taught God how to smile. Israel’s longing was answered in a child who sat on his mother’s lap and responded to her gaze.

The first witnesses outside of the child’s family are the shepherds mentioned in today’s gospel. Those who were of no account, who had no ‘face’ in their society, bring the good news: ‘Then the shepherds returned, glorifying and praising God for all they had heard and seen, just as it had been told to them.’ Those who are not considered worthy of being seen, are among the first to see the longed for face of God.

It is our human gaze that is often deadly. On Good Friday, he was looked at with contempt and spat upon with mockery. Who can expose their naked faces to a human lynch mob and live? His last gaze, according to John, was on his mother and the Beloved Disciple. Then his eyes were closed, until Easter day. It was God that died.

What about us, who live two thousand years later? We still long to see the face of God. Mick Jagger sang: ‘You don’t want to walk and talk about Jesus / You just want to see his face,’ But the Risen Lord tells Thomas, ‘Blessed are those who have not seen and yet believe’ (John 20:29). We do not even know what Jesus looked like, unless we accept the authenticity of the Turin shroud. Are we back in the situation of those who came before the Incarnation? Do we have to await the beatific vision when we shall see God face to face?

It belongs to the priesthood of every baptised Christian to be that face. Before ever we speak a word, we should be an expression of the Word made flesh in how we look at people with mercy and compassion. Christianity is a religion of faces. Our churches are filled with the faces of Christ and of the saints. They are carved, painted, represented on icons and stained glass, gazing on the faces of the faithful who gaze back.

For, in the words of Gerard Manley Hopkins,

Christ plays in ten thousand places
Lovely in limbs, and lovely in eyes not his
To the Father through the features of men’s faces. (As Kingfishers Catch Fire)

Image: detail from a wall painting in the old Church of St. Mary of Zion, Axum, Ethiopia, photographed by A.Davey