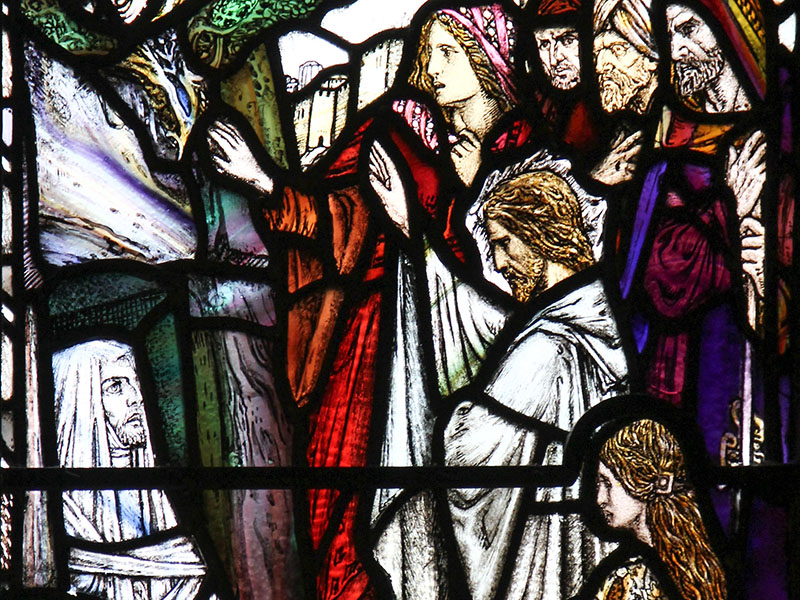 The Grammar of Resurrection

Fifth Sunday of Lent (A)  |  Fr Colin Carr reflects on the resurrection which is made known to mourners.

Over the last few years tens of thousands of people have found that exile spells death, as they have been inveigled onto flimsy boats which capsize and leave them to drown; they experience literally what the prophet Ezekiel spoke of in picture language: the people of Judah had been as it were buried in their exile, and were going to be brought back and resettled on their own soil. It would be like a resurrection.

It might seem almost frivolous to say, in the light of Mediterranean tragedies and the on-going tragedy of forced exile experienced by refugees, that we too can feel we are not at home; we might feel like laughing at those (ourselves included?) who live quite a comfortable existence yet feel not really at home in the world. Some might say, “It’s all very well to have the luxury of a feeling of Angst in a world which keeps you well fed”.

Yet there is more to life than being well fed and being a citizen of the country where you live. Many are not at ease in society, finding it hard to form relationships, suffering from the effects of abuse, full of anxiety and unexplained guilt, inarticulate in a world which values those who can express themselves well, members of a minority…….the list is endless.

But there is another question: should we feel well-adjusted in a world which is badly askew? Should we use the language of defence and deterrence in relation to the obscenely destructive weapons which we half-possess? Should we avoid upsetting people by using the word termination when we mean abortion? If we simply prefer not to raise troublesome questions for the sake of peace, we might be described as people in their graves; those graves might be quite comfortable, but unfortunately our God wishes us to come to life and to discover where we are truly at home.
And God is seen at his disturbing work in the story of Lazarus.

Jesus shares the pain of the grave, of the loss, and yet he seems, as Martha and Mary point out to him, to have allowed it (so like his Father, who doesn’t rush to fulfil our wishes and put everything right as we would like him to). His agenda is other than ours….

Let me tell you a story: I don’t know if it’s true, but it’s a good story. Various ecclesiastics were gathered in Lourdes to discuss the events which may have been an apparition of our Lady; one man said, “It can’t have been our Lady because she spoke bad grammar: you can’t say ‘I am the Immaculate Conception’”. A pause, then an older and wiser man said, “I’m not so sure; it seems to have run in the family….”

Jesus said to Martha, “I am the resurrection and the life”. He defies the grammar with which we try to manage reality. The resurrection is not simply a topic in the philosophy of religion: resurrection is God breaking the limitation of our calculated life, giving hope beyond the impasse we have come to mistake for reality, bringing forgiveness where the knots of blame have tied us up, offering us faith active in love instead of “realism” inactive in caution.

This resurrection is made known to mourners – of whom Jesus was one. Mourners are not satisfied with the situation; they are not well-adjusted in a world which is askew. They cry out to a God who seems inactive but who is not aloof from the pain of his world, “if you had only been here these disasters would not have happened”, and discover that there is a richer, fuller purpose in the broken patterns of our aspiring.

But beware: this resurrection is deadly danger for Jesus and for Lazarus. Read on in John’s gospel and you will find the stark observation: the authorities decided to do away with Lazarus as well, because on account of him many Jews were going over to Jesus and putting their faith in him. Resurrection is not about happy endings but about the triumph of the crucified one who burst the finality of the tomb and dispensed with the graveclothes.