The Great Works of God

Fourth Sunday of Advent. Fr Colin Carr meditates on how God builds himself a house through the graced freedom of Mary.

That all seems admirable. But if we want to meet God we shouldn’t be starting from here. We do not announce what we are going to do for God: God takes the initiative, and chooses what should be done.

So David, quite admirably, as Nathan thought, wanted to build a house for God. But God told Nathan that it was God who was going to build a house – meaning a family and a dynasty – for David. If we think we are doing God a favour by coming to church, we need to learn that it is God who is doing us a favour by allowing us to come to his house.

We see a perfect picture of God’s initiative and human response in the story of the Annunciation.

God sends the angel to Mary: the greeting is loving and respectful; Mary is praised. And that is deeply disturbing for Mary. Any encounter with the living God is disturbing, because God does not come to plump up the pillows behind our head and make us more comfortable where we are. God comes to invite, to challenge, to show us more love and truth than we thought we could cope with.

God is terrifying, not because we are wicked sinners and he is a fierce judge, but simply because he is infinite and has purposes for us which are beyond anything we can imagine. Some people use religion as a way of limiting God and keeping themselves comfortable; the true and living God is not a comfortable cushion, but a burning fire, a deep abyss, and the way to him is a narrow bridge over the deep. Whoever he meets, he frightens by the intensity of his beauty, so even the Virgin Mary was deeply disturbed by his coming in the awesome person of the archangel.

But God doesn’t frighten us the way a bully does, to make us cringe. He comes with the message: Do not be afraid. God is on your side. You have a destiny to fulfil. Mary’s destiny is simply – and incredibly – that she should become the mother of one who will be called Son of the Most High.

But this seems to be impossible. Mary is not obstinately doubting when she says ‘How shall this be?’ She is not married. She is faithful to her present calling which is to be single, whatever the plans for the future are. That doesn’t seem to allow her to become a mother right now. There is a genuine difficulty. Whenever God calls us, we are likely to find a difficulty in what he asks us: not just an inconvenience, but a seeming impossibility. How can any of us fulfil our calling to bring Christ into the world?

The angel’s response is to remind her that God’s power is going to be at work. What seems impossible to us is not impossible to God. She can be both a virgin and a mother. Often we have a limited vision, an either-or vision. Either I can be gentle or I can be strong; either I can be truthful or I can be loving, but surely not both?

But God, who is both gentleness and strength, both truth and love, can make the impossible happen.

But he doesn’t do it without us. Though he took the initiative with Mary, though he answered her difficulty, he was still waiting for her response; once she had acknowledged the power of God, she was the most free person on earth, with that most marvellous of freedoms, which is the freedom to say yes to God, to bring God into the world, to build a house for the God who first built us a house. 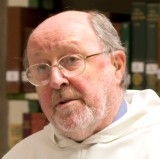