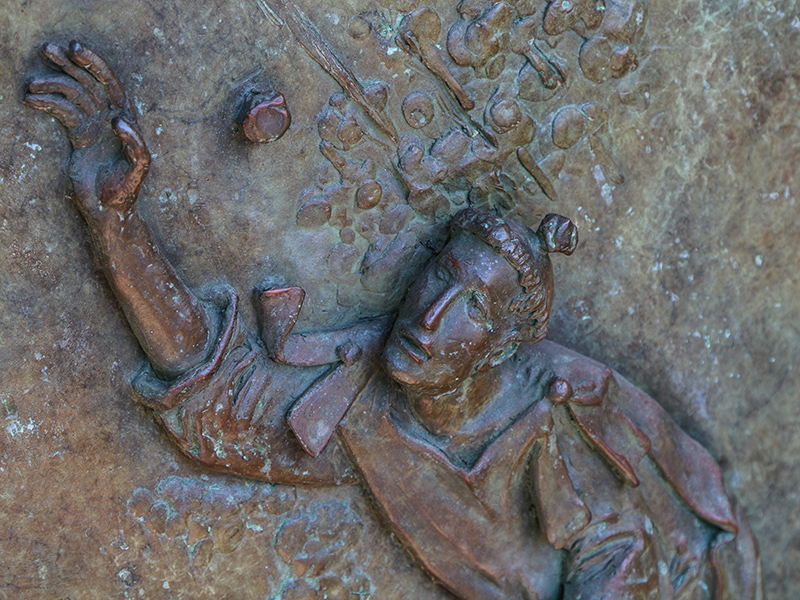 Seventh Sunday of Easter (C)  |  Fr Robert Gay offers a spirituality of martyrdom and reflects on the fruitfulness of the martyrs’ witness.

The stoning of St Stephen is a famous story from the Acts of the Apostles. And of course, his is not the only death that is recorded in Acts. As the message of the Gospel spread in the early Church, many of those who were witnesses to the resurrection and who spoke the message of Christ were called to witness, even to the point of shedding their blood. This didn’t come to an end quickly either: it was commonplace right up until the fourth century. At various times and places throughout the history of the Church to the present day, martyrdom has been part and parcel of Christian life. Martyrdom very often reveals a paradox of Christian discipleship. The paradox is that when the Church is faithful and effective, she is very often under attack; but those very attacks are fruitful for the Church and for the credibility of the Gospel. Rather than leading to the extinction we might expect, the blood of the martyrs nourishes the life of the Church and leads to her increase.

How are we to view martyrdom, and this phenomenon of increase in the face of persecution and death? At face value it may seem rash to give up one’s life for a belief. However, we need to look carefully at what martyrdom is, and what Christian belief is. One cannot become a martyr if one is fed up of living and looking for a way to bring it to an end, nor if one is cavalier about taking risks with life and limb. Those whose lives come to an end in either of these ways make us think of loss and of tragedy, and their passing causes us sadness and a great deal of pain. Such deaths leave many unanswered questions for those who are left behind: we aware that something must have gone horribly wrong.

By contrast, martyrs are people who love life and who have a proper sense of its value as a gift from God. And they know that doing something which brings risk to that life needs to be weighed and measured carefully. They also understand however that life has a goal, and that goal is a union with God, brought about in its fulness in the beatific vision in heaven. It is a glimpse of this that St Stephen has in our first reading. He saw the glory of God, and Jesus standing at God’s right hand. In that moment, St Stephen had the ultimate confirmation of the truth of the message he had preached. Preaching about Christ as the way to attain that goal of heaven, and living in and through him, is itself what brings out the full meaning and value of life. So, to save our lives at the expense of its true value just doesn’t make any sense.

The increase of the Church in faith and numbers during times of persecution and martyrdom makes perfect sense. Because in the human struggles and suffering, the power of the cross, the power of grace, to save, strengthen and lead to joy both in this life and the next is manifest in the most powerful way. The greatest sermons, preached with the greatest eloquence are not usually preached with words, but with the example of a life lived for Christ. And there is no greater sermon than that of a life lived for Christ to the point of sharing in his passion and death: such a life shows forth God’s glory. Those who see such a martyrdom and who hear of it catch a glimpse of heaven, and of the way to attain it through Christ, and are strengthened in faith to live their lives for Christ too.

In our own times, there are people who witness to Christ to the point of shedding their blood. But our world is also increasingly a place where life comes to an end in tragedy without joy, or in the face of unnecessary risks. We pray that the witness of the martyrs will show forth the true value and meaning of life in Christ, give increase to the Church, and point us and all people to the glory of heaven.

Photograph by Fr Lawrence Lew OP of the door of St Stephen’s church in Washington DC.