Torch
Home  /  Torch  /  The Necessity of the Cross

The Necessity of the Cross

Good Friday. Fr David Sanders preaches on the necessity of our Lord’s manner of death.

Today the Church gets rid of the cross for a while. When we come to church the cross is veiled or even removed from the sanctuary.
But would it make much difference if we got rid of the cross permanently? Would we really miss it?
We have become so familiar with crosses in churches or crosses hung round our necks as charms or jewellery that we forget what they mean. Is it just another piece of church decoration that has lost its significance?
We happily forget that the cross was an object of horror. For early Christians it brought to mind the sight of a tortured man hanging in agony in his death throes. Paul knew just how much the preaching of a crucified Saviour was a scandal to the Jews and complete stupidity to the Greeks.
And yet today it does not faze us at all. Familiarity has bred indifference.
We need to imagine a modern equivalent to recapture that original sense of shock: a criminal sizzling in an electric chair or a terrorist tortured to death by soldiers. And then to say, this is my Saviour.
But surely there would be another reason for getting rid of the cross. Doesn’t it give all the wrong signals to a society that wants to cover up the reality of suffering and death? Would it not be more humane to get rid of this instrument of cruelty from our faith?
Today we celebrate our central belief that Jesus died for our sins. Does it really matter what kind of death Jesus suffered? Would it have made much difference if Jesus had died of old age sitting in an armchair by the lake of Galilee? He would still have died and we would still have been saved.
But, on reflection, does that image – an old man dying in a chair – really satisfy what we need from our Saviour? We need, as Hebrews says, one who is capable of feeling our deepest weaknesses and one who has been tested as we ourselves are tested.
Jesus was willing to plumb those depths. He was willing to suffer for us, to sacrifice himself. Jesus
was pierced for our sins our faults and crushed for our sins.
He could not have taken an easier way if he was to deal with the cruel realities of evil which distort our humanity and which we have seen so recently in the tortured and twisted victims of wars and dictatorships.
Today we need to be reminded on what kind of chair Jesus sat as he died. John tells us that as he stood before Pilate’s judgement seat he was condemned to be crucified. A recent book explains what this involved – how the convict had his forearms nailed to the transverse bar of the cross. Then he was raised on the cross to hang there exposed.
Usually the condemned man ‘sat ‘on a peg (sedile or cornu) which was fixed to the middle of the pole … generally the crucified victim died of gradual asphyxiation.
In today’s passion John does not see the cross just in terms of suffering but also in terms of the power of God’s love. He sees the cross not only as an instrument of torture but also as a throne on which Christ sits as divine and majestic king.
Jesus told us earlier in the gospel that when
I am raised up I will draw all men to myself.
Now raised before us on the cross as triumphant king, Jesus is returning in victory to his heavenly Father. Above his head is the inscription: ‘Jesus the Nazarene, king of the Jews.’ Now he can be acknowledged by all people, for as we are told the inscription
was written in Hebrew, Latin and Greek.
At the climax of our liturgy today the veiled cross is brought back into church. As it is uncovered the cross becomes a revelation. First it reveals just how capable we are of inflicting cruelty upon God’s creation, but then, amazingly, it reveals how far God is willing to go in his desire to save us.
Today our hearts can drawn by God’s love revealed on the hard wood of the cross. As we come to venerate the cross we can repeat with deep gratitude the words which the Church proclaims as we receive back the unveiled cross into our midst:
This is the wood of the cross on which hung the Saviour of the world: come, let us adore him.
Readings: Isa 52:13-53:12 | Heb 4:14-16
Categories:
Lent - Good Friday 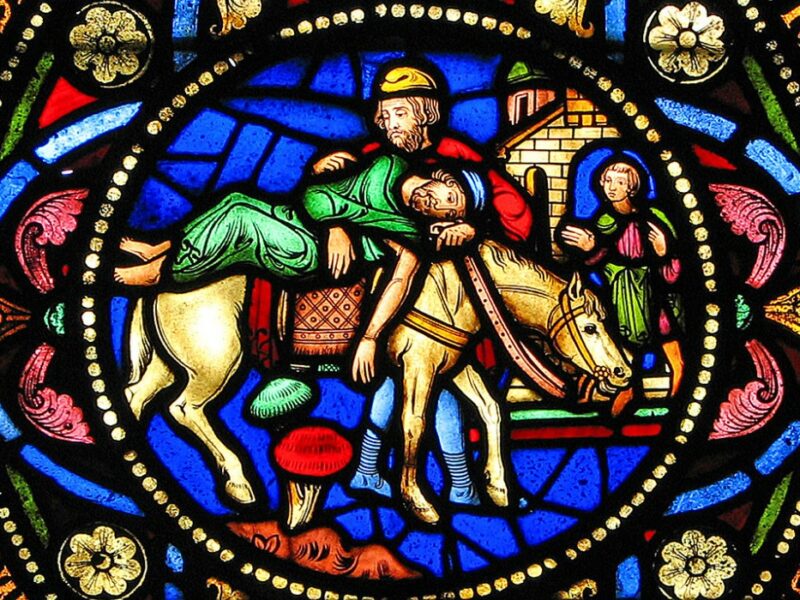