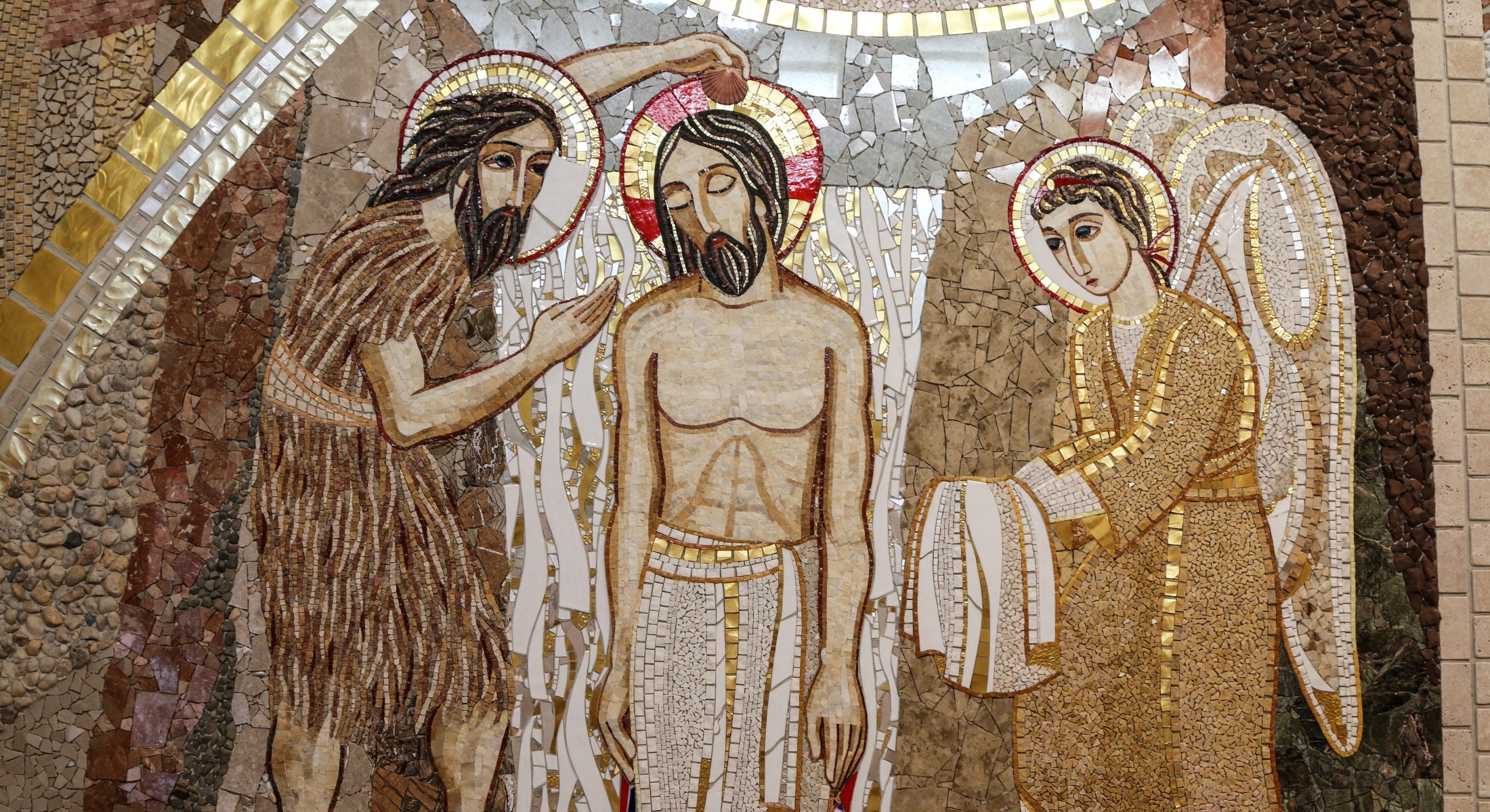 To Fulfil all Righteousness

The Baptism of the Lord. Fr Luke Doherty ponders the way in which the Spirit comes into our world through the sacrament of baptism.

I recently started studies at the Catholic University of Leuven in Belgium, where I have some classes in how to read Biblical texts from different perspectives. This could be compared to using a particular lens to interpret the Biblical passage in question. There is something called a perspective of ‘normativity of the future’: in other words, when we read a passage, what can we take as being relevant to our own time and particular context? The breaking in of the Holy Spirit into our own time is something to ponder with passages such as the Baptism of the Lord.

The river Jordan was a symbol of hope, of new life, a place where God worked wonders of healing and took up the prophet Elijah to heaven. The River Jordan represents the end of the 40-year journey into the promised land, in the Exodus story. The role of John the Baptist is a reversal of his normal role of being subordinate to Jesus: there is the mysterious explanation that it is fitting for John to baptise Jesus. It is fulfilling God’s saving plan and the Baptism of the Lord is his anointing as the King. It can be seen as a confirmation of his divine nature as Son of God. Also, Jesus is in solidarity with those who are baptised. He takes the place of sinners, just as he will in his Passion and death on the cross.

Reflecting on the Baptism of the Lord, we can see the voice that came from the heavens as a breaking in of God’s Spirit into the world. Jesus is His beloved Son, with whom he is well pleased. There are some similarities between the Baptism of Jesus and the passage in Gensis where Abraham offers his only son, Isaac. Where Isaac was spared, the Son of God takes the place of sinners on the wood of the cross. How can we consider the breaking in of the Holy Spirit into our current times?

The Baptism of the Lord is a symbol of hope and of new life, just as with the baptism of any Christian. We live in a world where the expression ‘the chickens have come home to roost’ springs to mind. There are multiple problems occurring all at the same time, whether war or climate change or the shifting sands of leadership in our nations.

In relation to Christianity, one of the greatest challenges is perhaps the decline in the practice of baptism. The reasons given include the suggestion that people should decide for themselves at a later stage of life, rather than have infant baptism which is preferred by the Church. But just as parents need to look after a child in its infancy, part of the Christian life is to bring the mysterious sacrament to those who have just come into this world. Just as it doesn’t entirely make sense for Jesus to be baptised, it might seem as though it does not necessarily make sense to baptise infants who do not choose this. However, baptism is a supernatural protection against evil in a fallen world. It is a sacrament which binds together the Church of God. A common baptism is essential for maintaining a Christian society, upon a lot of what we take for granted depends.

When I think of how the Spirit is breaking into this world, as a priest I think about something which someone who is not a priest told me in Belgium. He mentioned that people go to him to confess their sins, because they don’t know where to find any priests and they have no idea when any confessions are. There are obstacles in place, and the same can perhaps be said about baptism. Perhaps there are reasons why there are so few engaging with the proper way of doing things, the way which is fitting for all righteousness. Sometimes we need to ask ourselves, why is it we have so few people being baptised compared to say half a century ago? It requires a leap of faith to ask about baptism, just as John the Baptist did. And those who are tasked with this ministry sometimes need to bear in mind the lens of modern times, where sometimes people do not understand the way the Church does things.

Categories:
Feast - Baptism of the Lord