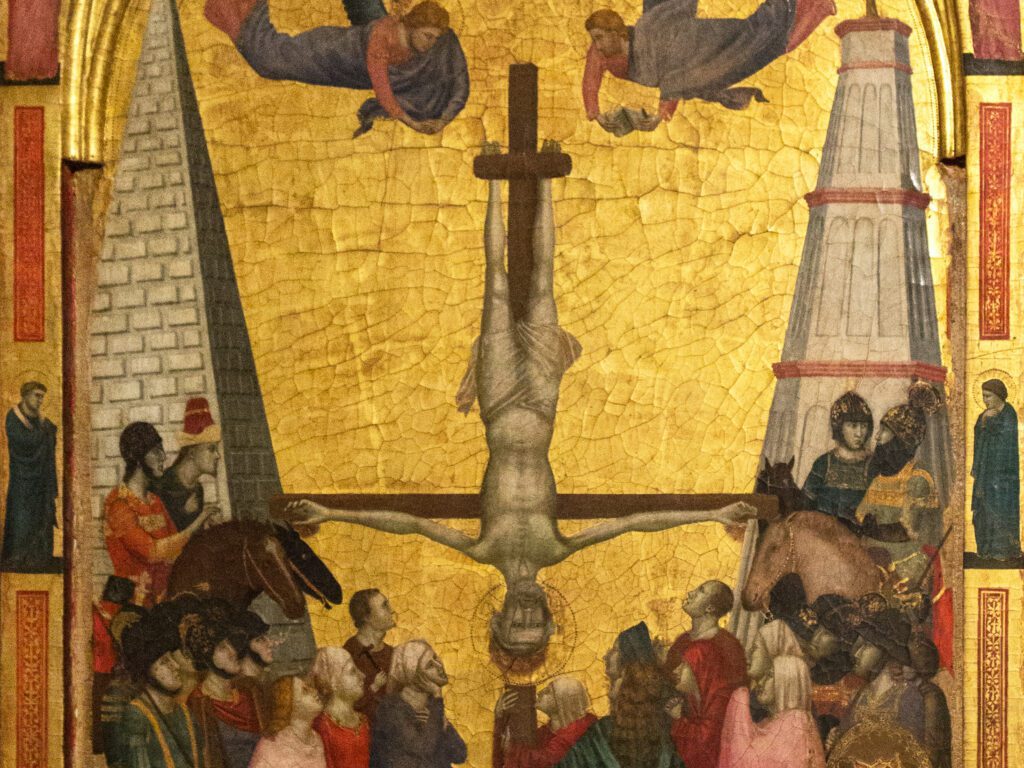 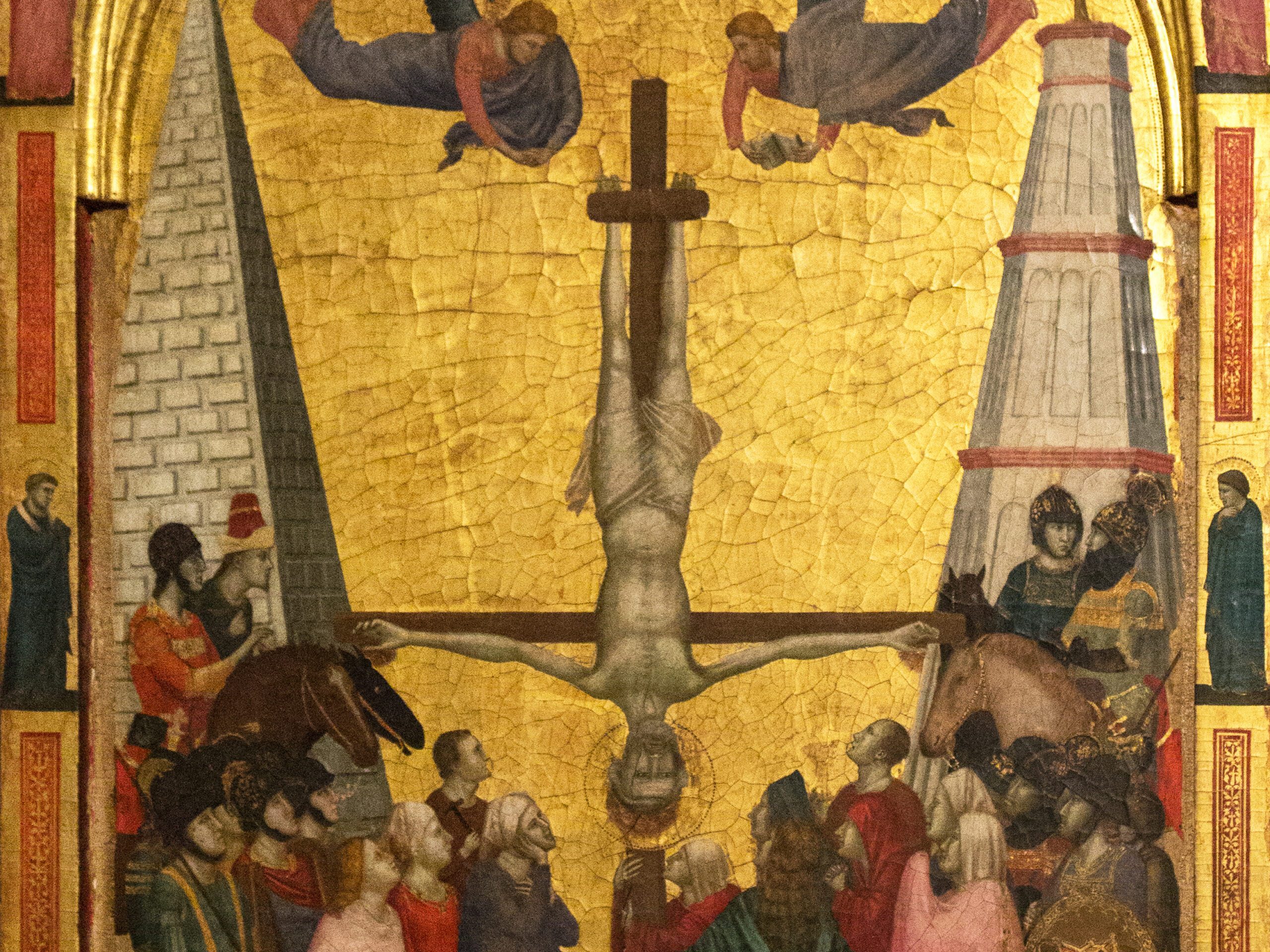 Third Sunday of Easter (A)  |  Fr Fergus Kerr shows what must be done to understand Easter and what is yet to be done by us. 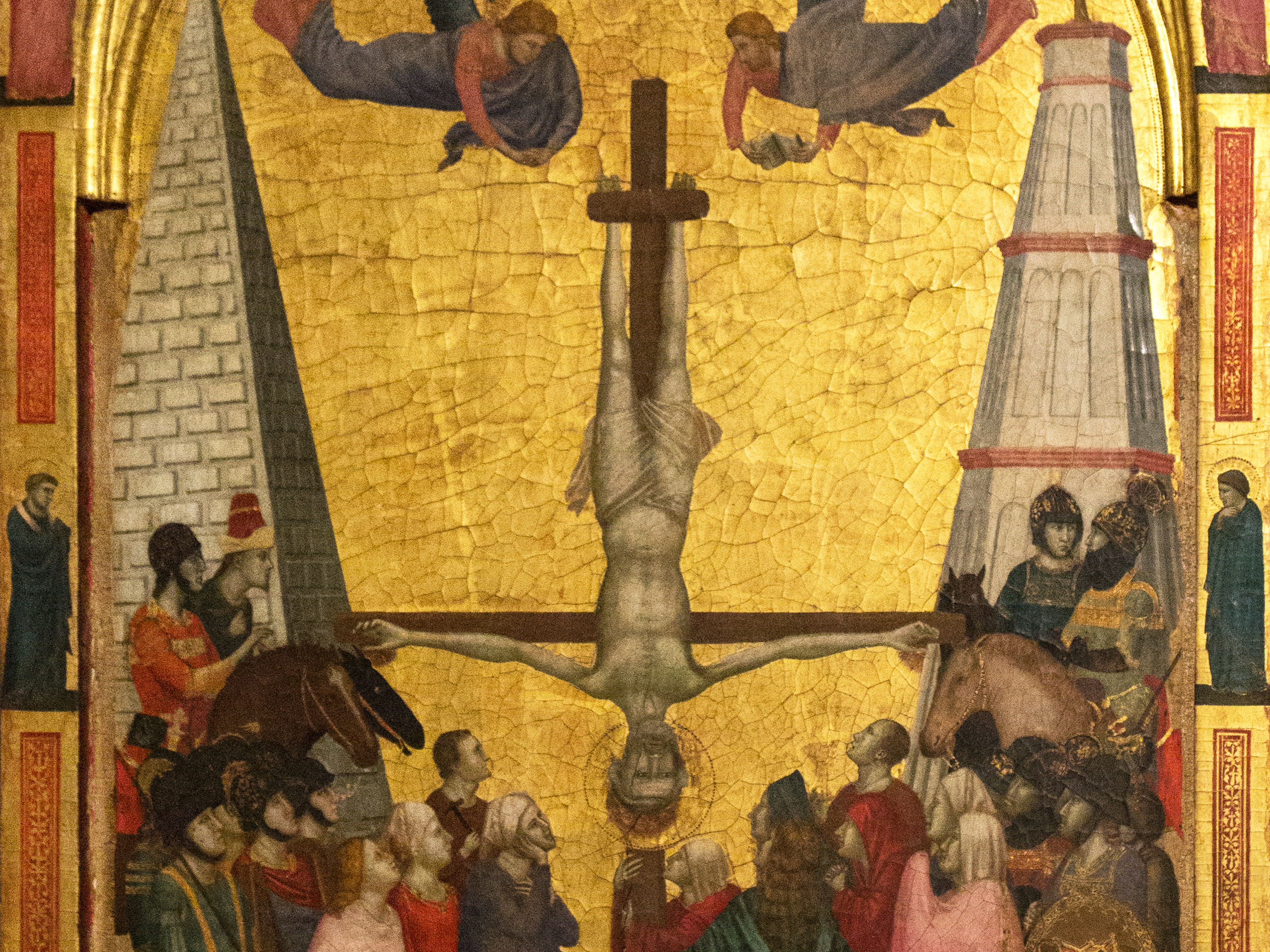 The two disciples were on their way home,  husband and wife probably.  They were talking about it, debating even, since they were quite baffled by the things they had witnessed during their stay in Jerusalem for the great solemnities.

A stranger overtakes them, asks what they are discussing,  it surprises them that he knows nothing of what has happened, a pilgrim like themselves, they assume:   ‘What things, tell me’, he asks, tongue in cheek as we (but of course not they) can see.

So they tell him: Jesus the Nazarene, a prophet, was arrested and executed, the one they’d hoped was the one to redeem God’s people, the anointed One, — moreover his body had disappeared, the tomb was found empty by some women of their acquaintance, who said they’d seen a vision of angels, declaring he was alive — what could anyone make of all that?

It’s very compact, a neat summary of the facts. But, as so often, the facts in the case don’t make much sense.  You can tell people what happened on some particular occasion, but, if you don’t supply some context, what you say will often pass them by. You need to remind them of  the background; you might have to show them how things could go on.

The stranger starts to talk, reproaching them gently. Haven’t they read Moses and the Prophets? Haven’t they read the Pentateuch, that is to say, the writings of Isaiah and Ezechiel and suchlike? Don’t they see the connections? So they just don’t get it? ‘Slow of heart’, he chides them, in a telling phrase – is this what we call ‘emotional intelligence’ nowadays? Some things people are not expected to understand in a purely intellectual way; they have to be really moved, deeply — isn’t  that what the stranger means?

Anyway, he starts explaining, he ‘interprets’ for them what is in Scripture, things that refer to himself, ironically again; he does a bit of ‘hermeneutics’ (as the Greek almost says). He’s just reminding them of what they should have understood from attending to Scripture, reading it or, more likely, listening to it recited aloud in some act of worhip: about the One who was to come, the anointed One, the promised and expected One, who had to suffer and be vindicated and exalted into the divine glory and what all.

By this time they are nearly home.  The stranger looks like going on. But their interest has been kindled, their hearts burn within them, as they will say later: ‘Stay with us’, they say, inviting him to come in, offering him hospitality.   That’s all he needs — supper with them:  so ‘when he was at table with them he took the bread and blessed and broke it and gave it to them’ — and that did it ; the stranger’s identity was revealed. It took attending to Scripture and breaking bread with Him to make sense of the facts as they had reported them.

Surprise surprise! — to understand Easter you have to remember bits of the Bible and go to Mass. For these disciples, originally, historically, back then, as there is for us now, the One who joins us on the way, intervening in our lives, unexpectedly often, even uninvited, turns out to be the One who makes the story into Good News.

The One who comes into our lives reveals His identity as we put what happened into the context of Scripture passages, and then as we receive  the bread and wine that He has blessed.

The bare facts mean nothing. But, as they listened to the stranger’s interpretation of passages in Scripture that referred to Himself, then as they sat at table, as He took the bread, blessed it, broke it and gave it to them, these two disciples began to understand what the facts meant.

For us too, the Paschal Mystery reveals its meaning as we listen to Scripture and take part in the Eucharist — and, as always with our God, vision is mission, seeing Him is His sending us. As He is recognized, He withdraws, leaving these disciples to return to the community in Jerusalem, to get the Church going, so to speak— allowing you and me to take the Good News to whoever we meet, and on whatever road we walk: Christ is Risen!