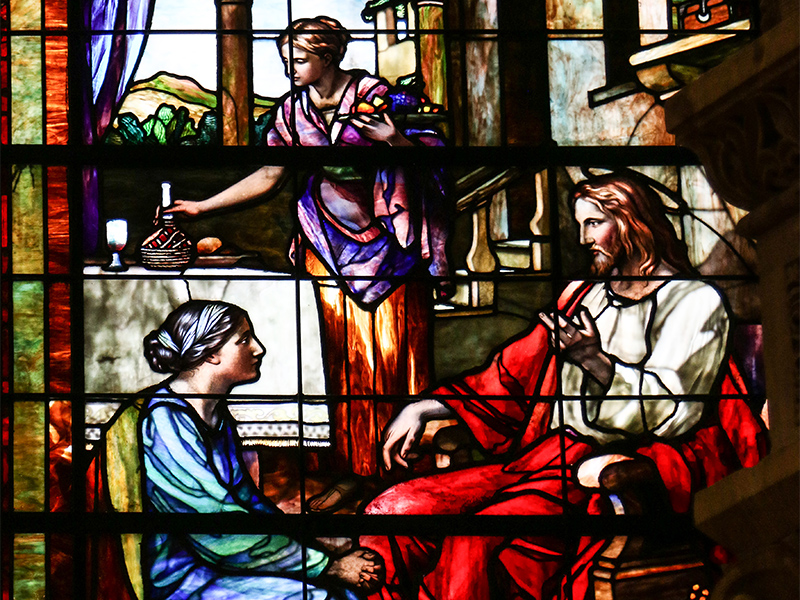 Who is the kingdom of heaven?

Sixteenth Sunday of Ordinary Time (A)  |  Fr Benjamin Earl explains why the right question isn’t what is the kingdom of heaven but who it is.

It would be something of an understatement to say that the kingdom of heaven seems to be quite important to Jesus. Not only is it the theme of this central discourse, but, like John before him, it is the first thing Jesus preaches in his ministry: “Repent, for the kingdom of heaven is at hand!”

All this proclaiming of the kingdom and saying what it is like begs a question: “What is the kingdom of heaven?” A hint: it’s not a place with clouds and angels and harps. Nor really is Christ speaking particularly about a happy afterlife, although that is certainly part of the picture.

The coming of Christ signals a new nation, a new people of God, a new reign. And returning to the parables we can perhaps now better understand that reign.

And when Christ says, “The kingdom of heaven is like leaven” he is saying, “I am like yeast hidden in the meal. I am present throughout the whole of creation, often unseen and unnoticed, but quietly working to transform the universe. Indeed, I will raise up all creation.”

And the parable of the weeds among the wheat Christ tells us, “I am the one who sows what is good in the world, and I will not allow that good to be destroyed by evil and corruption. You whom I have sown will not be cut down for the sake of the evil in the world, but I will gather you to myself at the close of the age.”

“I am the God of whom the book of Wisdom speaks, who cares for every thing, who is merciful and mild in judgement, who grants the grace of repentance to those who sin, but who in my supreme strength will see justice done.”

This is Jesus Christ, the kingdom of heaven, who is proclaimed by the gospels and whom we are called to follow. Repent – and rejoice – for he is at hand!

Photograph by Fr Lawrence Lew OP of the apse of the Basilica of Santa Sabina in Rome.