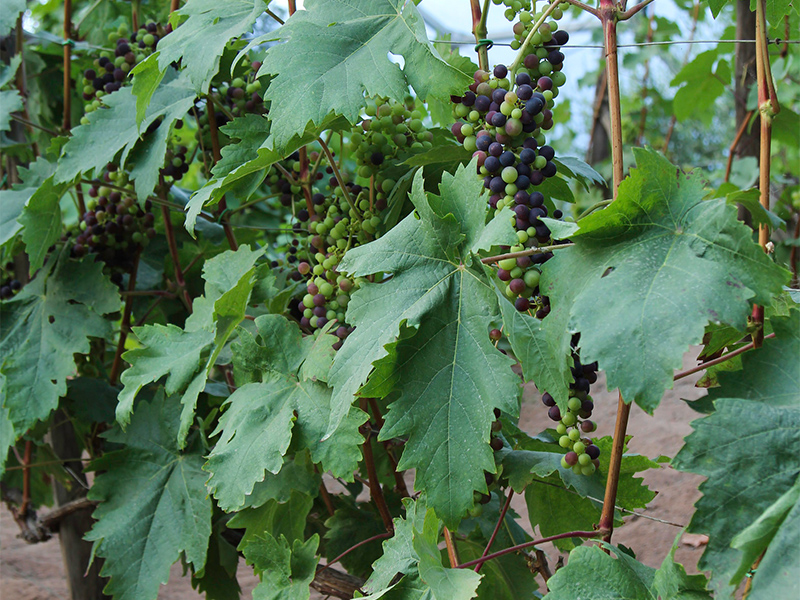 Fifth Sunday of Easter. Fr Peter Harries preaches on the image of the vine and the branches.

I am the true vine, says Jesus, here in John’s gospel, as he is addressing the disciples during the last supper. In the last few days the gospel passages seem mostly to have been about sheep, so turning to a different agricultural image, of vines and viticulture makes a change. Vineyards were a source of great pride and pleasure in biblical times. They were not absolutely necessary for human survival in a fairly arid climate like the wheat and barley fields, or the herds of cattle and flocks of sheep. Vineyards and vines were a sign of prosperity and a sign of being committed to this particular land and place. Vineyards take time to plant, and years to develop, and there is a lot of hard work to press the grapes and ferment the wine. It is a big investment.

This story in John’s gospel takes a different tack, although both passages are told by the evangelists during the passion narratives. Jesus does not tell us not that he is the true vineyard in which we must labour to produce fruit. No, Jesus gives us a much more intimate image, not only that he is the true vine, but that we in turn are the branches of that very vine. Not adjacent vines, not cuttings from that vine, but one vine. In a similar manner St. Paul expresses this unity that we have as Christians with the image of the body, Christ as the head, we as the members. So perhaps we could imagine ourselves as buds and leaves and tendrils.

We can produce good fruits then because we are united to the Son and heir of God the Father, Jesus himself. We can bud and grow because we remain in Jesus as part of the vine. This union as one vine in Jesus is mystical rather than physical. John’s Gospel always wants to see things in spiritual as well as physical ways. By baptism we are joined to the vine. The theological virtues of faith, hope and charity allow us to flourish in the vine, in the church, in union with Christ. The parable also warns us that we can be cut off by God if we are not fruitful.

But even being fruitful and virtuous and being part of the vine does not spare us pain. Vines need to get pruned; gardeners tell us the roses need pruning to produce more beautiful roses. God does this to us. Pruning well produces plentiful fruit. No pruning means little in the way of fruit. Being pruned is not usually pleasant. All of us have suffered setbacks, pains and disappointments. There have been times when our best hopes and dreams all of which seemed so good and virtuous, have been dashed. United mystically to the true vine Jesus we accept that these prunings will allow us to become more fruitful, even if we don’t understand how. That new job, that relationship all seemed so good, but they were removed. We are not to be bitter or angry. The Lord gives, the Lord takes away, blessed be the name of the Lord – as the psalmist says.

Jesus told this parable during the last supper. The disciples drank together the cup of wine, the chalice of salvation. Vines are planted to produce wine, which is then drunk to gladden people’s hearts. But Jesus gives us the wine transubstantiated into his own blood which was shed for us, that we might be glad of our salvation. The Son and heir to the vineyard, gives us his disciples his blood to drink that we rejoice. Yes, we are united with Christ our Lord in many different ways in prayer, in good works, in listening to the Word of God, but most of all in the eucharist where we drink his blood as we re-present his sacrifice to God for our salvation.

All of which is beautiful, but in these covid times, only the priests can drink of the precious blood, which spoils something of the fullness of this eucharistic imagery. However, we can receive the body of the Lord in Holy Communion, even if sometimes spiritually. Communion is not merely a sign of our being branches of the true vine. Communion is eating Jesus true body and drinking his life-giving blood and are a principal way of remaining in Jesus, just like the sap flows from the roots to the branches in the vine.