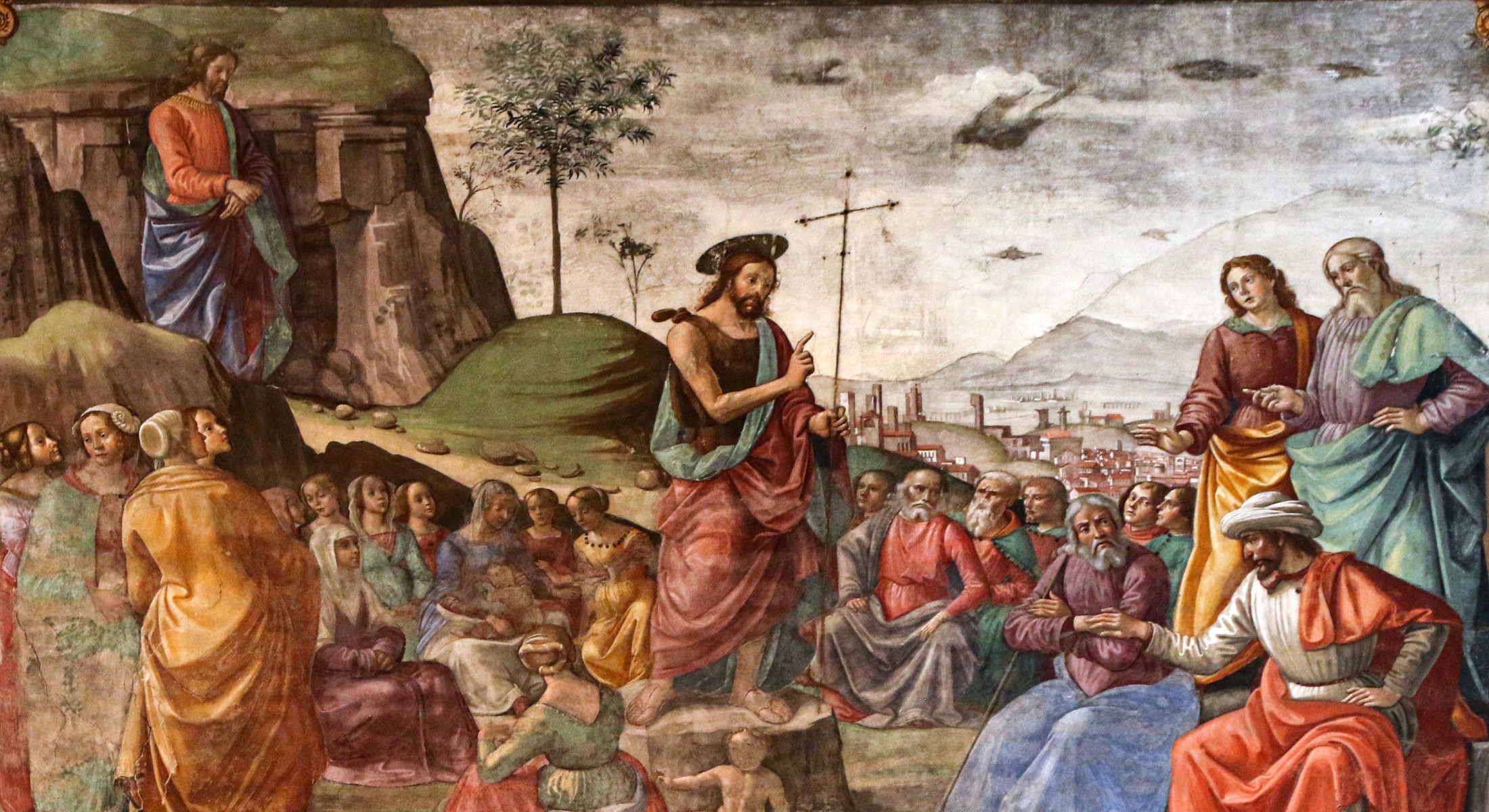 Second Sunday of the Year. Fr Colin Carr notes that an authentic vision of humanity necessarily involves a sense of mission.

Part of the business of growing up is the discovery that the world is a bigger place than we thought at first. This may be a delight or it may appal us, but whatever our feeling about it, it is a challenge, and it demands a response. Our three scripture passages today, and the Psalm, offer us a challenge and say something about our possible response.

The first thing to point out is that we are not just creatures who happen to have landed up in the world by chance. Isaiah speaks of being formed in the womb to serve a purpose. The psalmist sees himself as destined to do God’s will. Paul writes to the Corinthian Christians that they are called to take their place among the saints, and a lot of the rest of his letter shows what a challenge that is. In the Gospel John the Baptist speaks of himself as having been sent to baptise so that Jesus would be revealed, which is what last Sunday’s feast was all about.

Some people might object to the idea that we are formed for a purpose, destined, called, commanded. Many people would prefer to think of themselves as autonomous, creating their own destiny as they encounter life’s challenges. And some people would prefer to call themselves automata who are simply the product of their environment and shouldn’t be held to account for their actions. But the Scriptures are consistent in using the language of destiny, calling, challenge and response, with the implication that a true response to our destiny is real autonomy, and that being called does the very opposite of turning us into automata.

What is it that Isaiah has been called to do? He understood his task originally as bringing the people of Israel back to God: reminding them of God’s covenant with them and the challenge of being the free and obedient people who have been liberated from slavery to become the true servants of their liberating God. But now he is discovering that God’s purpose is wider than he had thought; God is not exclusively the possession or the possessor of Israel: God is the creator of all people (let alone all of reality), and the prophet’s task is to make God know to ‘the nations’ — to all the people whom perhaps Isaiah had learned to see as inferior to Israel. That is an enormous challenge which points Isaiah beyond his normal horizon. Perhaps we can sense a similar challenge in the call we have all been discovering to treat the whole of our reality — both this earth and the vast cosmos — as loved by God and to be valued as God’s good creation.

At a seemingly rather less cosmic level, Paul writes to his Corinthian brothers and sisters to remind them that they belong to something much wider than their own small community of believers in one town. They are called to take their place among all the saints everywhere: all who believe in our Lord Jesus Christ. If that sounds like a smaller vision than that of Isaiah, we should remember that Paul’s battle was to show his Jewish co-religionists that the God whom they worshipped is also the God of the nations, exactly as Isaiah was led to discover.

John the Baptist knew that his task was to ‘bring Jacob back to God’ like Isaiah, but he also learned that the task of doing so was literally beyond him: the One who would bring Jacob back to God was not himself but the one to whom he pointed. He had to learn, and he did learn, that his service of God was not about his own task but about the one who would be revealed if he did his task. We see him seemingly losing disciples to Jesus, but that was precisely what was meant to happen. He had learned that the task was ultimately the work of God’s Spirit, whatever John himself would have understood by The Spirit. He came to realise that the prophet’s work is not just his or her own work, but the work of the God who set us free precisely by taking us over. True autonomy is being possessed by the Spirit of God.

Image: fresco of John the Baptist preaching, by Ghirlandaio, in the Dominican church of Santa Maria Novella in Florence, photographed by Fr Lawrence Lew OP