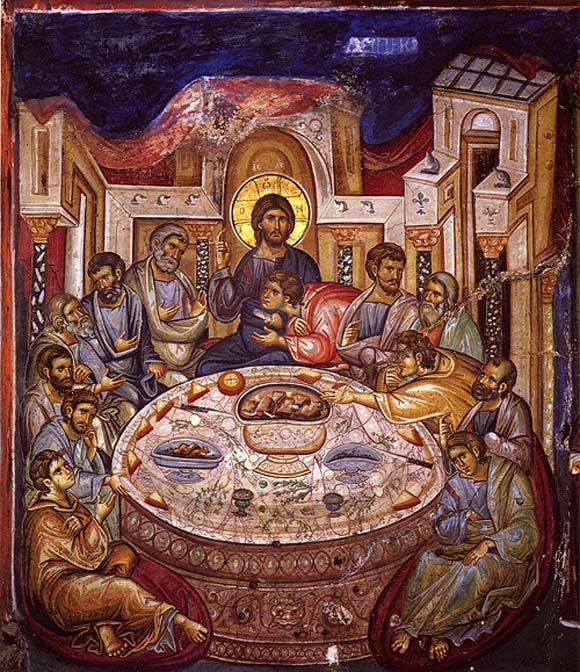 A-Z of the Mass: Eucharistic Prayer

By Gregory Pearson O.P.
32
The Eucharistic Prayer forms the centre of the Mass, opening with the dialogue between priest and people in which we are called to ‘lift up [our] hearts’ to the Lord as we begin this most solemn prayer and continuing up to the great ‘Amen’ which precedes the Our Father. First of all, the priest praises God, acknowledging in what is known as the ‘Preface’ of our Prayer of Thanks (for ‘Eucharist’ is the Greek for thanksgiving) that we do well always and everywhere to give God thanks and praise. This section, which can vary in accordance with the particular feast or celebration, concludes by recalling that, in this praise and worship of God in which we are engaging, we join already in the activity of the saints and angels in heaven, and so we are called to join in the Sanctus, the heavenly song (cf. Isaiah 6:3; Revelation 4:8).

Sometimes only what follows the Sanctus is known as the Eucharistic Prayer (perhaps for convenience, because the part that comes before is more varied and is found in different places in the Missal), though strictly speaking this term should be applied to the whole thing. In the Roman Rite with which most of us are probably the most familiar, the Roman Canon (also known as Eucharistic Prayer I) was for perhaps 1500 years the only text used for this part of the Mass: in recent years several more options have been added as alternatives, drawing from the various forms of Eucharistic Prayer which we find in the different rites of the Church, Eastern and Western, and from the example of those Eastern rites which employ a variety of such prayers. These texts may emphasise different aspects, but all of them share a basic structure and fulfil the same function. What, though, might that function be?

In the Liturgy of the Eucharist, the actions of the priest are modelled on those of Jesus at the Last Supper. As we recall in the words of institution – the centre of the Eucharistic Prayer, based on the Gospel accounts of Jesus’ institution of the Eucharist the night before his Passion – Jesus took bread and wine, blessed them, broke the bread and gave them to his disciples, declaring them to be his Body and Blood (cf. Matt 26:26-27; Mark 14:22-23; Luke 22:19-20). Likewise in the Mass, the priest takes the bread and wine at the Offertory, and later breaks the Sacred Host before giving the Body and Blood of Christ in Holy Communion. In between, however, comes the Eucharistic Prayer, which represents and brings about Jesus’ action of blessing.

Central, then, to the Eucharistic Prayer, is the recounting of Jesus’ actions at the Last Supper – the so-called Institution Narrative – in which we believe that Jesus, speaking through the instrument of his priest, declares the bread and wine on the altar to be his Body and Blood. This, then, is the most obvious blessing, where ordinary food and drink are taken and made holy by God, in accordance with Jesus’ promise and instruction. Closely linked to this is the prayer for God’s blessing upon the gifts of bread and wine in the section of the prayer which we call the Epiclesis (Greek for ‘calling down’), which in the Western Eucharistic Prayers precedes the Institution Narrative and points to its significance. So, for example, in Eucharistic Prayer II, the priest says, ‘Let your Spirit come upon these gifts to make them holy, that they may become for us the body and blood of our Lord, Jesus Christ’.

As we have noted above, however, the Eucharistic Prayer, as its name suggests, is a prayer of thanks, and this giving thanks is closely related to the blessing which we have noted as being at the heart of the prayer: indeed, though this is not very clear in the current English translation, the 1st and 3rd Eucharistic Prayers, combining the Gospel accounts of the Last Supper, present Jesus’ blessing and giving thanks as one action: gratias agens benedixit (‘giving thanks he blessed it’). So it is in the context of our giving thanks to God for the great mercies shown to humanity throughout salvation history – his great deeds which we recall in a section of the prayer known as the Anamnesis (Greek for ‘recollection’) – that He makes present for us in the Sacrament Christ’s sacrifice on the Cross, towards which all history points, and from which all God’s mercy flows. The anamnesis of the Roman Canon shows this very well when it says:

Father, we celebrate the memory of Christ, your Son.
We, your people and your ministers, recall his passion,
his resurrection from the dead,
and his ascension into glory;
and from the many gifts you have given us
we offer to you, God of glory and majesty,
this holy and perfect sacrifice:
the bread of life and the cup of eternal salvation. 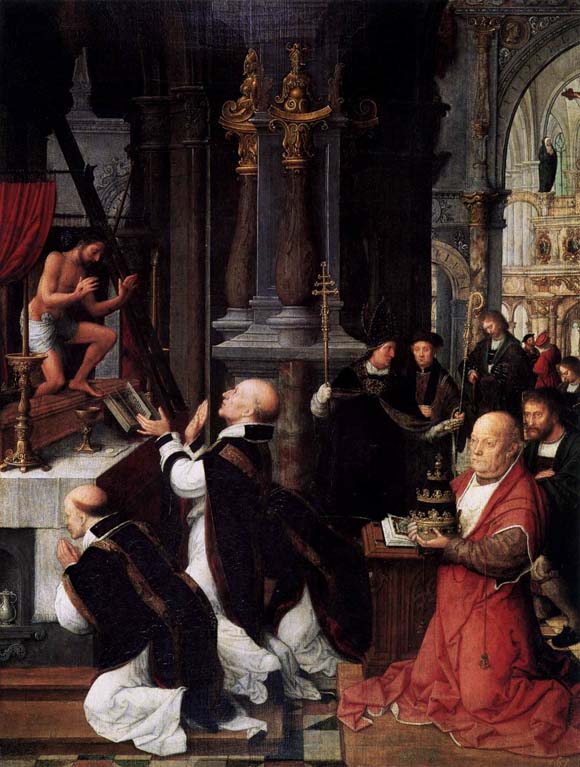 It is union with Christ in his eternal Sacrifice, his eternal outpouring of love in which we glimpse his relation to the Father, which the Church seeks and for which, as his Mystical Body, she exists. In the Eucharistic Prayer, then, in which that Sacrifice is made present for us, we remember also and pray for the Church in various ways. We commemorate the Pope and our diocesan Bishop who guarantee and symbolise the unity which we enjoy by our common participation in the Eucharist. In commemorating the saints, we recall that this Sacrament, the ‘source and summit of Christian life’ as Vatican II teaches (Lumen Gentium 11), unites Christians across all time and space, and makes the Church one in Christ’s one eternal Sacrifice. We pray for all the faithful, living and deceased, bringing the whole Church and her needs (and in particular those who might be named during the prayer) before the Lord as we seek to be united with him, and with his action of blessing by which he shows his great mercy.

In the Eucharistic Prayer, then, Christ, acting through his priest, blesses the bread and wine, uniting the priest’s action to his action in the Last Supper, by which the bread and wine become his Body and Blood: so, as we give thanks for God’s great mercy, the Sacrifice of the Cross, in which we see the fulness of that mercy, is made present: thus we bring the whole of the Church’s life before God, asking that we may share in the mercy which is made present for us in the Sacrament.