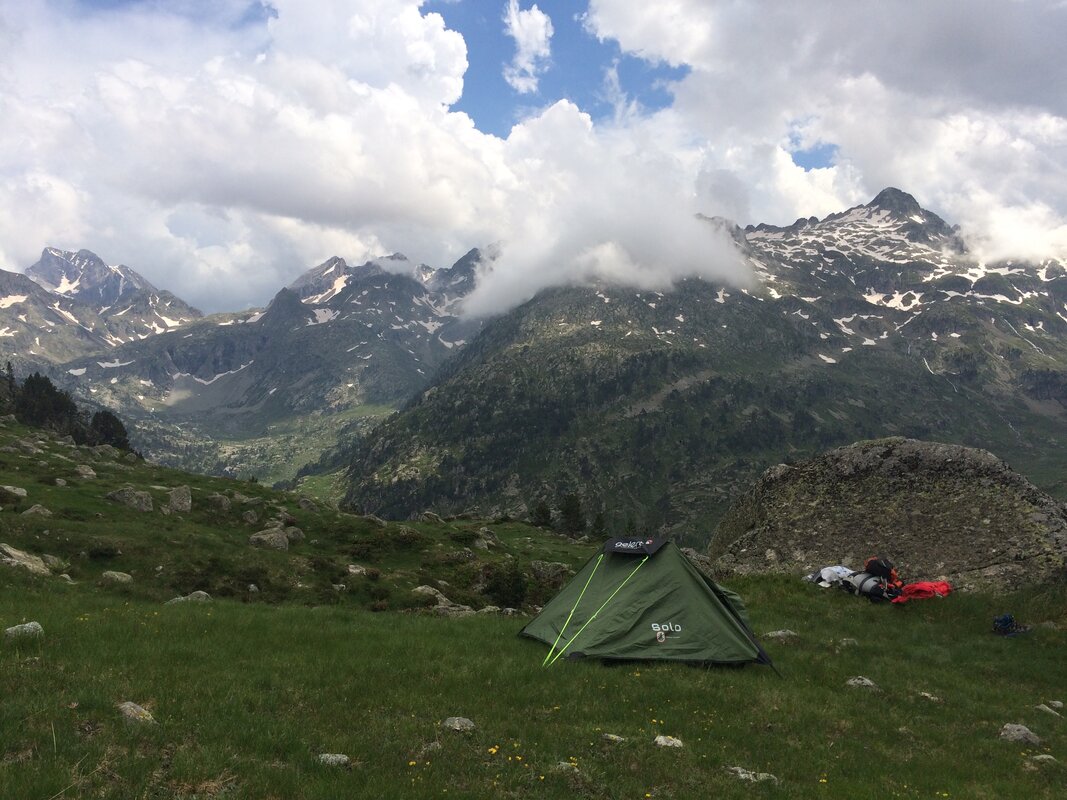 Godzdogz
Home  /  Godzdogz  /  An Oasis for the Soul | Mountains and Mosquitoes

An Oasis for the Soul | Mountains and Mosquitoes

By Br John Bernard Church, O.P. | This Lent, the student brothers invite you to discover those places that have become ‘oases’ in their spiritual journey, significant places in their lives where they withdraw to encounter God. Today, Br John shares his love of the mountains, an obvious place to seek God but perhaps not an oasis in any conventional sense.

Choosing mountains as a place of spiritual refreshment, an oasis for encountering God, is not a suggestion of great originality. The central places of the Biblical narrative form a litany of mountain tops: in the Old Testament Mount Ararat, Mount Sinai, Mount Zion, and Mount Carmel, in the New Testament the Mount of Olives and Mount Tabor. Even the garden of Eden, where humanity first encounters God, fits this pattern given it is the source of a river (Gen 2:10) and referred to by Ezekiel as the “holy mountain of God” (Ezek 28:14).

So if you were looking for some hints in the Bible as to where to go to find your oasis, the mountains are a pretty safe bet. And although the last year hasn’t presented many opportunities for such trips, they remain the place I would choose first.

At one level the reason is very simple: there is nothing I find quite so soul-restoring as heaving my way to the top of a mountain and seeing a vista open wide, the splendour of God’s creation unfurled like a canvas. This can be just as true of the comforting peace of rolling pastures, a sight of harmony and serenity, as it can be of a precarious alpine peak, intimidating in its vastness and threatening in its power. It is the sort of sight that cannot help but direct one’s mind towards God, when creation generates a sense of gratitude only the creator can satisfy.

But there is a lot more to mountain adventures than aesthetic experiences. And the reality is that ordinarily only a tiny fraction of the time, if any, is afforded for getting lost in contemplating the beauty of creation. The moments of genuine peace and interior calm one would normally associate with an ‘oasis of the soul’ are swamped by far more immediate concerns: not getting lost, not tripping on stones or falling into cracks, finding decent drinking water, avoiding blisters on one’s feet, or simply being exhausted and catching breath.

All of these concerns may provide wonderful analogies for the spiritual life in general, but they’re why I wouldn’t describe the mountains as a spiritual oasis in any conventional sense: restorative, certainly; formative, undoubtedly; but somewhere easy to find God? Not necessarily.

A notable memory of this kind is the one depicted above. After a very long day’s hike in the Pyrenees I found what seemed to be an ideal spot to pitch my tent, near a small stream and far above and beyond any human habitation. Just as I was settling down it became clear I had chosen poorly: even at that height just below a glacier the mosquitoes were out in force and dead set on disturbing any peace. The plan for a contemplative evening reading and enjoying the sunset was reduced to a very early night zipped away in my tiny tent.

Although mountains may be good places to encounter God, they are not necessarily peaceful. But then again there’s nothing to suggest putting oneself in the presence of God will always be peaceful.

It is for this reason I find St Peter’s behaviour on Mount Tabor so resonant. He too at first seems to be taken up with more immediate concerns, in St Luke’s account described as “heavy with sleep” (Lk 9:32), perhaps from the tiring walk. When Christ is transfigured before them, and Moses and Elijah appear alongside him, Peter’s excited exclamation to build three tents is confused and inspired by fear, for “he did not know what to say”. He knows that what he is experiencing is a good thing, that he is in a good place and wants to stay there, but he doesn’t really understand it and is a little overwhelmed.

It is only much later that Peter is able to fully appreciate this encounter and distill the essence of what he lived. He writes in his second letter that they were “eyewitnesses of [Christ’s] majesty” when “we heard this voice borne from heaven, for we were with him on the holy mountain.” (2 Pet 1:16-18) At the time there was too much going on, all Peter could recognise was that it was good; down the mountain however he could begin to understand why.

At a very basic level I have found my time in the mountains to bear some similarity to this. Rare moments of aesthetic bliss aside, the spiritually restorative effects of seeking to be alone with God are often only intelligible after the fact. But I know that time spent in the mountains is time spent in the presence of God, and peaceful or not, as a spiritual oasis that seems to satisfy the only relevant requirement.

All the posts from the series An Oasis for the Soul:

Categories:
An Oasis for the Soul, Lent