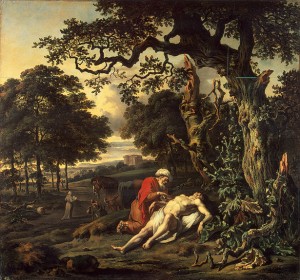 In a previous post I discussed some of the issues with the proposed “Assisted Dying” legislation from a procedural perspective in a Parliamentary democracy. In today’s post I want to give some consideration to the values which underpin our society and what the implementation of the proposed legislation would mean for them.

I was unhappy and badly needed mental health support to treat depression. Sad to say that the standard response was to link my illness and disability automatically to my depression – and my “understandable” suicide attempt. There is a link, but not the one perceived by mainstream thought, medical or otherwise. I was stuck in an isolated dead-end existence within the family home, and as I wrote in the Guardian recently my mother was my only carer.

It felt like there was no chance of escape from a pointless existence; frustration dragged my depression into a downward spiral and I attempted suicide. I was in despair with barriers, with limits on personal freedom, and lack of independence – issues that can be alleviated by proper social care and the adaptation of physical boundaries.

Pain was, and is, a constant. But for the rest of my life I want to experience, to feel and to create as much as I can. I believe I am as valuable, with all my flaws and contradictions, as any other average human being. Yet the bill to legalise assisted dying – to be debated in the Lords on Friday – puts us on a dangerous road of devaluing disabled people. It frightens many; it frightens me.

The final point I want to make is that for all the talk about autonomy there is another more pernicious under-current behind the proposed legislation. It is simply that some lives are worth less than others. Penny Pepper alludes to this above with reference to depression and disability. People with severe disabilities and terminal illness are to be considered less worthy of the full spectrum of medical treatment than those it is considered have “something to live for.” If this were not the case, then why would the “Assisted Dying” Bill restrict its remit to the provision of assistance with suicide to those who are terminally ill. Why should anybody who wishes to kill themselves not have their autonomy respected? Surely this can only be because the life of the terminally ill is less respected.
Evidence of this dangerous type of thinking is evidenced by many of those who argue for the Bill. It is sad to see that it has crept into the thinking of the former Archbishop of Canterbury, Lord Carey, formerly a staunch defender of the current legal position. Notice that in saying how his mind was changed, he cites the case of Tony Nicklinson – a man who was not terminally ill and would not have been assisted by the proposed legislation. Tony Nicklinson was severely disabled, but this neatly illustrates the way that even thinking about this sort of legislation gets us into the mindset of apportioning different value to different lives according to their different physical states. Surely the tragedies of the last century are not fading from our memories so fast that we think this is anything other than an abhorrent way to think? Do we really want to live in a society where on encountering the man on Beachy Head we attempt to talk him out of jumping, but on finding out that he has terminal cancer, we agree to give him a helpful shove?
Categories:
Assisted dying, Bioethics