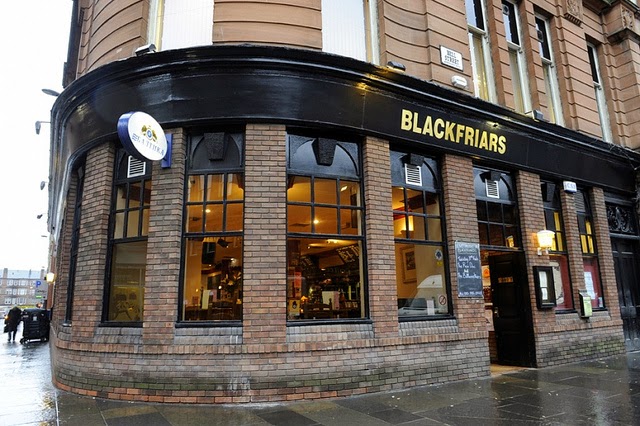 The Dominican house in Glasgow is a fairly recent mission for the Order, in the grand scheme of things.

The official seal of the city often used on official materials is “Let Glasgow flourish” but what is often missed out is the full text of the seal, “Lord, let Glasgow flourish by the preaching of the word and the praising of Thy name”. Glasgow was founded as a city by St Mungo, who is also the city’s patron saint. Since its days as a small merchant town known for salmon fishing on the Clyde, Glasgow has always been an important ecclesiastical centre. The Dominicans had a Priory in Glasgow from 1246, when William de Bondington, Bishop of Glasgow, and the Cathedral Chapter, at the behest of King Alexander III (1241-1286) welcomed the friars to the city, asking that the Friars Preachers be received in his diocese. Our Dominican priory was situated some few hundred yards south of the Glasgow Cathedral, at the bottom of the modern High Street. The priory complex included a school for the teaching of the liberal arts, and a house studium.

The Dominicans were forced to leave Glasgow during the Scottish reformation, and the Priory was secularised by the state in 1566-67. It was not until 1965 that the Order made a return to Glasgow and committed to having a Dominican presence in this important Archdiocese. 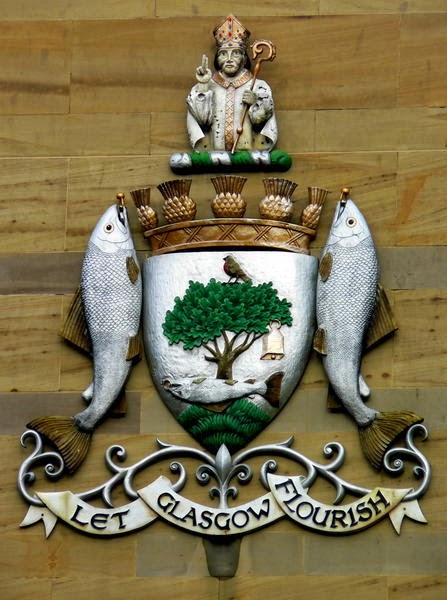 One of the institutions which the Dominican Order was associated from the very beginning, is the University of Glasgow, when in 1451 when Bishop William Turnbull founded the University. The foundation of the University was an event, but its growth and development was a long, gradual process, involving the coming together of several factors. It was in the buildings of the Dominican ‘Black Friars’ priory in Glasgow, that the first university meetings and business, and the first lecture, took place. The priory continued to provide teaching facilities until the University gradually acquired its own permanent premises. The Dominican church was also used for university worship.

A major factor in kick-starting Glasgow as the ‘second city of the British empire’ was its location on the river Clyde. Glasgow had a competitive advantage compared with London or the major centres of trade in Europe: the travel time for ships going to and from North America was around three days less going from the ports on the Clyde. That meant it was cheaper and easier for industries to set up in Glasgow. Central Scotland also had cheap natural resources such as coal and iron ore to fuel the industrial growth of Glasgow, which became a powerhouse of one of the world’s first industrialised economies. The merchants of the city made their money in trading tobacco, cotton and textiles. Just as today, land was a solid investment with a great potential for making a good return on investment. The merchants invested their money in buying up marshy land, draining the marshes surrounding the medieval city of Glasgow, so they could build on the land. It was typically unskilled Catholic Irish immigrants who were employed for the heavy manual labour of turning swamps into solid ground to expand the city, and to improve the farm land to feed the ever-expanding population. These merchants of Glasgow were some of the first capitalists who acquired this ‘new money’ from trade, and spared no expense in building their luxury mansions, wearing the best clothing made in the textile factories, smoking tobacco from their plantations in Virginia. As Glasgow expanded as an industrial hub, larger factories producing more technologically advanced goods were opened, for an expanding industrial era. Money was to be made in buying raw materials from abroad and turning them into high-value products to sell across the world market. It was the growth of the British Empire which enabled Glasgow to have this access to raw materials and a market of buyers at home and abroad. The engineering expertise that Scots are known for aided the expansion of heavy industry. It was the need for cheap labour in shipyards, factories and dockyards which led to an influx of Catholics moving to Glasgow – much of the immigration came from Catholic Ireland and the Highlands of Scotland, England and later Italy, Poland and beyond. 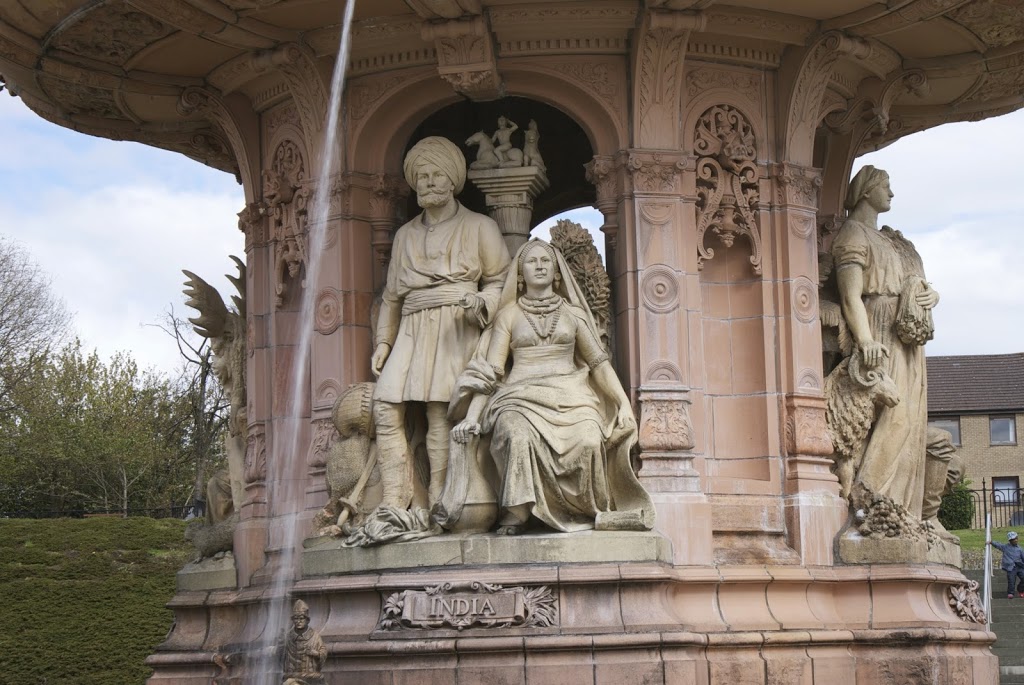 History matters to the Dominican mission. Around 30% of the population in Glasgow identify as Catholic. This puts Glasgow and the surrounding conurbations proportionally higher in Catholic population than most of the United Kingdom. The Dominican friars currently run the parish of St Columba’s in Woodside, in the city’s West end. One of the friars is Catholic chaplain to the University of Strathclyde, with the chaplaincy centre also a hub for the city centre higher education establishments. One of the other friars is involved with prison chaplaincy, and the other friars also help with parish duties and have their own academic work. 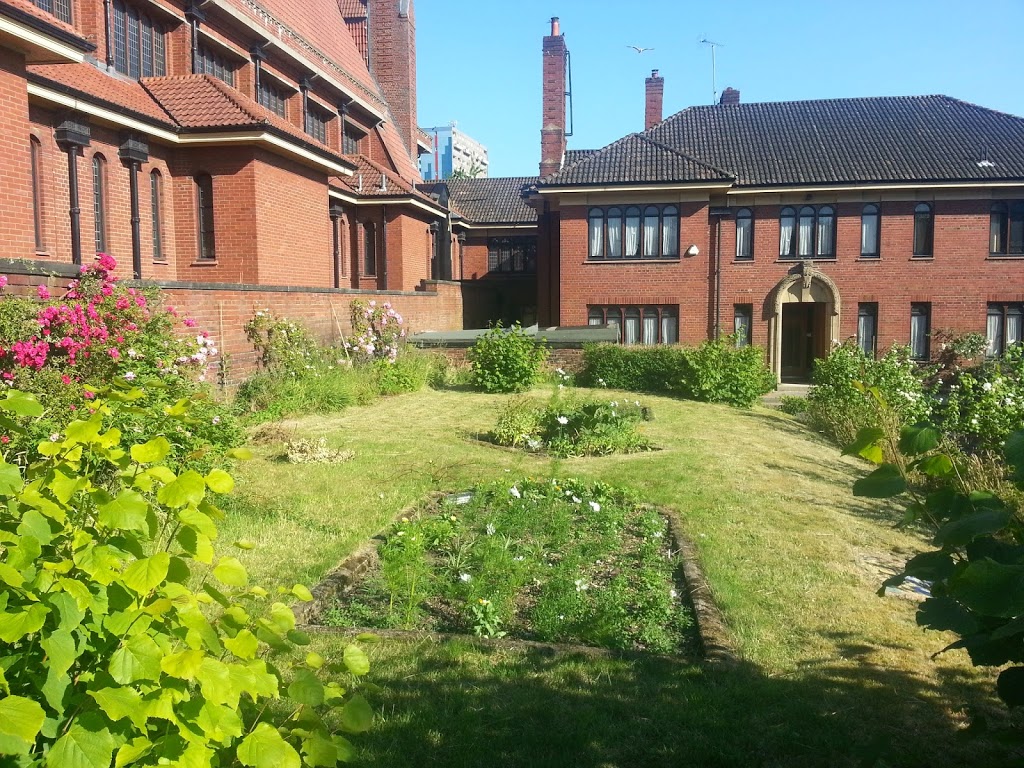 The Parish of St Columba’s

The Dominicans started running the Parish of St Columba’s in the mid 2000s. The church and presbytery are examples of the early work of the architect Jack Coia. It is one of the only buildings still under construction during World War II, with the sanctuary holding a marble reredos and carved crucifix by the sculptor Benno Schotz. 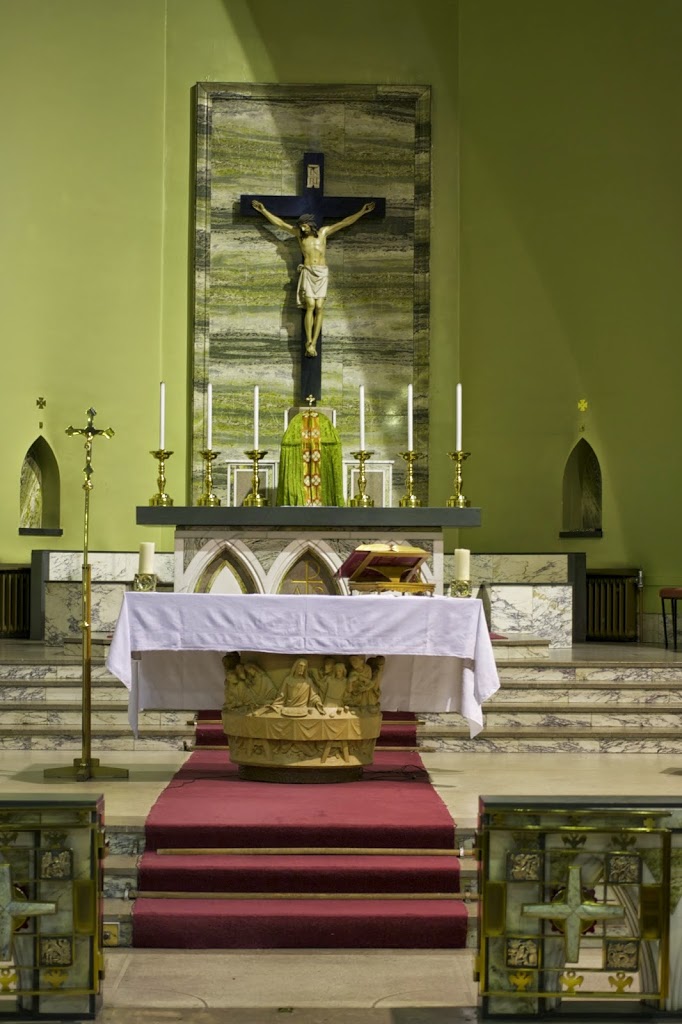 For the Dominicans, the city of Glasgow is an important place to be. With such a large population of the city identifying as Catholic, but a comparatively small number of the population actually attending Mass, there is a considerable evangelical mission to bring Catholics back to Church. There is a huge task ahead, in meeting what is asked of the ‘new evangelisation’ that Pope Francis speaks of. This involves educating people in a core Catholic theology that is fit for purpose in a postmodern context, a liturgy that will nourish and sustain our faith, and hopefully being able to answer the questions that people want answers to. The Dominican mission also includes practical support for initiatives such as pro-life or social justice projects, as well as lay evangelisation. The demographic of Catholics in Scotland now is hugely different when compared with the origins of the Catholic Church in Scotland after the hierarchy was restored. This new demographic of Catholics who have opportunities that were previously never possible is an interesting challenge. How do we engage with where people are at now? People who wish to maintain and strengthen their Catholic faith whilst working in all sorts of spheres of society. 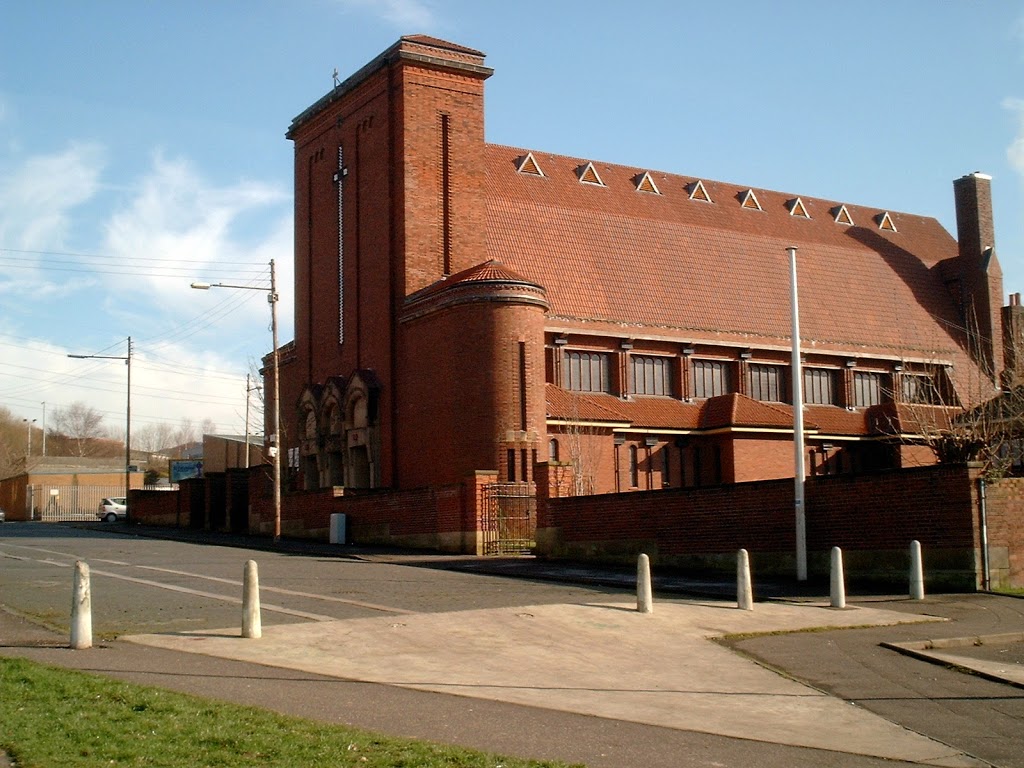 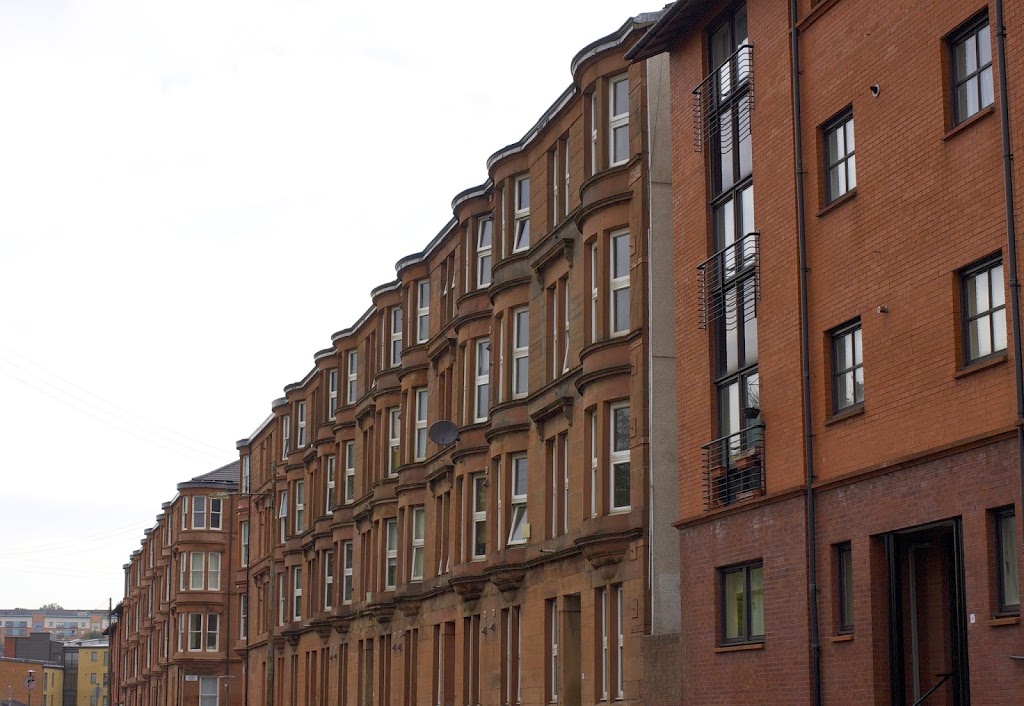 Top image: The pub named ‘Blackfriars’, located near to where the medieval Dominican priory in Glasgow was situated.