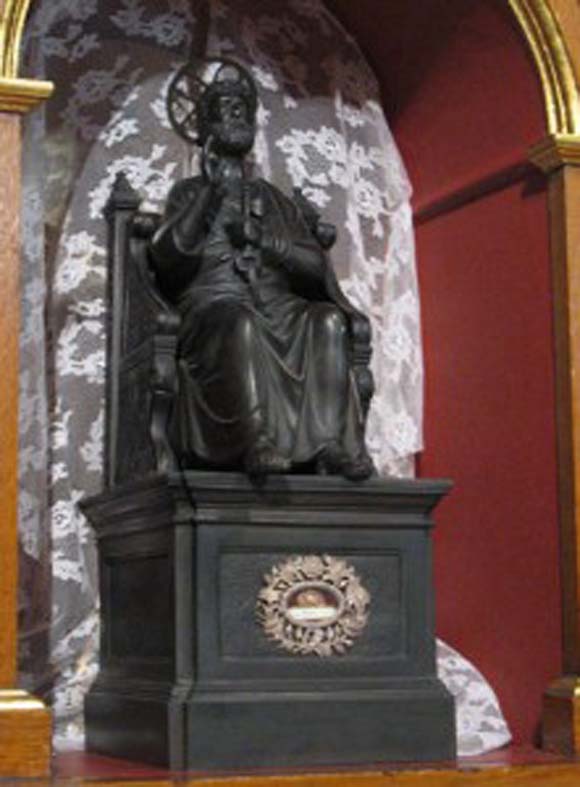 Godzdogz
Home  /  Godzdogz  /  Feast of the Chair of St Peter: Binding and loosing on earth and in heaven.

Feast of the Chair of St Peter: Binding and loosing on earth and in heaven.

Today’s feast is very important despite its name perhaps suggesting it is merely about furniture. The item named refers to the chair upon which bishops sat to exercise their authority. All bishops, as successors of the apostles have chairs or thrones as symbols of their apostolic authority. Peter had a specific authority among the apostles. As such, today’s feast celebrates the specific role and grace which St Peter was called to exercise as the leader of the Church, a role continued in large part by those who lead the same see he had responsibility for at the end of his life, i.e. the popes as bishops of Rome.
Today’s gospel, in a few succinct lines, brings out many key features of that ministry. Let me begin with ‘binding and loosing on earth and in heaven’ (v 19). Although the terms could refer to binding demons and loosing people from their demonic grip, Jewish usage of that era most commonly used the terms of the teaching and also juridical roles of rabbis and teachers as interpreters of the Law. With respect to teaching, the words mean what was ‘forbidden’ or ‘permitted’, this being the more common sense; in the sphere of judging, it meant to ‘put in fetters’ or to ‘acquit’. The latter was seen in terms of dealing with sinners, and the power to forgive and also excommunicate, a power given to all the apostles in Mt 18:18. It was the rabbinic conviction that God and the heavenly court recognised the decisions and judgements of rabbinic courts. Hence what is bound or loosed on earth is bound or loosed in heaven. In the gospel context, it speaks of the graced nature of this apostolic ministry, and of the close links between heavenly and earthly realms, which have been united in Christ. 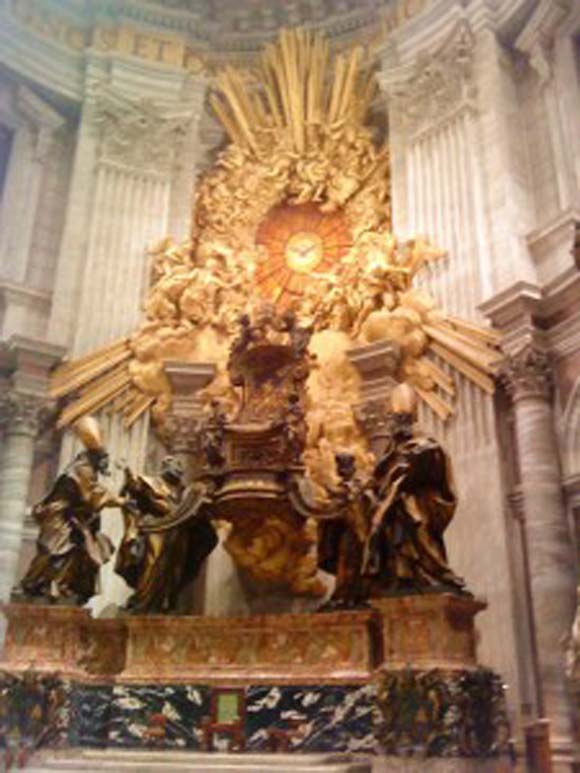 One thing that is striking about this power is that it is contrasted with the attempts of the scribes and Pharisees to exercise a similar ministry as in Mt 23:13. There Jesus chastises them as hypocrites who shut up the Kingdom of Heaven, not going in themselves and also preventing others going in. What then is the difference here with Peter? Peter has been given supernatural revelation to grasp something of the true identity of Jesus (Mt 16:16-17). This supernatural faith is the reason Jesus picks for giving Peter a pivotal role in the Church, though other graces are linked to it, filling out the Petrine ministry. He is able to interpret the Scriptures and Law based on a clear grasp of who Jesus is, and of what Jesus himself taught and how he interpreted the Scriptures. The truth of Jesus and the grace given to keep people in his truth is the difference between Apostolic and rabbinic ministry. Peter also has to encourage people to live by this truth.
Though the apostles share in such a role (see also Mt 19:28; 28:16-20) Peter has a special role within this ministry of teaching but also governance. Upon him will the Church be built. He is given the keys, which in line with Isaiah 22:22ff means he is the prime, or first, minister under the King.
Let us give thanks for the grace given to Peter, for the role he played in the Church, and for the role played by his successors, the Popes. Let us ask for God to make clear who is he is calling to be the next Pope and let us resolve to live our Christian faith in union of mind and heart with the see, or chair, of St Peter.