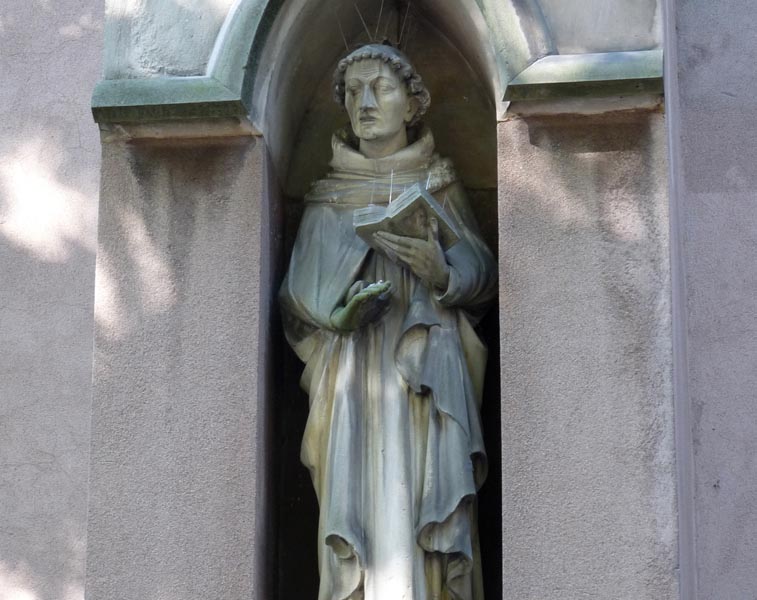 It is not surprising that the Order of Preachers has historically been the home to men renowned and remembered for the power of their preaching.

Due to the diligent archival and transcription work of unsung scribes of ages past, some of the sermons of these great preachers have been preserved and can give us a unique way to encounter historical figures who otherwise might be reduced to a list of biographical data. In the case of the 14th century Dominican John Tauler, we have the great fortune to have a collection of eighty or so sermons on a variety of topics that are still worth reading today.

Tauler was born circa 1300 AD and was greatly influenced by Meister Eckhart, another great Dominican preacher. Preaching mainly in Strasbourg, Basel, and Cologne, Tauler’s surviving sermons seem to indicate that religious women were among his primary audience, although this might simply be due to the increased likelihood that those were the ones which were recorded. Sometimes known by the title Doctor Illuminatus et sublimis, his German-language sermons were neither as speculative as those of Meister Eckhart, nor as emotional as those of Henry Suso, but where very practical and sensitive to the difficulties of the spiritual life. The following except from a Sermon on the Forth Sunday of Lent, gives a good sense of his style and is a reflection for this Lent.

Dear children, ye ought not to cease from hearing or declaring the word of God because you do not always live according to it, nor keep it in mind. For inasmuch as you love it and crave after it, it will assuredly be given unto you; and you shall enjoy it forever with God, according to the measure of your desire after it. There are some people who, when they hear speak of high things which they do not understand, and moreover see that they have no share in them, turn away from these things with such aversion, that they do not even like to hear them treated of, or that others should think about them and seek after them. Yea, they hear of high things, and say: “That is not my way of thinking; I had better not try to put it into practice, for I should not keep it, and then I should be just where I was before.” And thus they turn away themselves and others from the truth, just as if it in no wise concerned them, and sit down quite contented with their own ways, while yet they know in the bottom of their hearts that their ways are not the best that might be. This is an infallible token that these persons will never reach the highest point of which they are capable; nor will they become partakers of the highest, pure, absolute goodness, unless indeed they come to go through a painful and agonizing struggle after it.

What we can do is a small thing; but we can will and aspire to great things. Thus, if a man cannot be great, he can yet be good in will; and what he, with his whole heart and mind, love and desire, wills to be, that without doubt he most truly is. It is little we can bring to pass ; but our will and desire may be large. Nay, they may grow till they lose themselves in the infinite abyss of God.