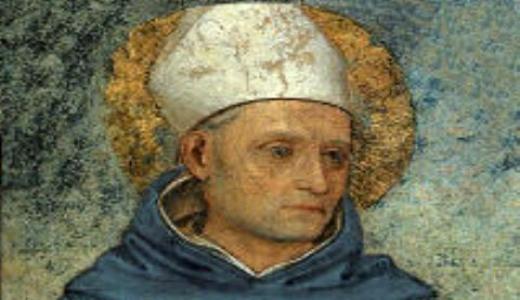 St. Antoninus Pierozzi was called Antonino – little Anthony – by his contemporaries because of his diminutive stature. He may have been physically small, but he was a spiritual giant.

Born in Florence in 1389 to a well-to-do family, Antoninus entered the Dominican order aged 15 at Santa Maria Novella.  He had been inspired by the preaching of the then-Prior and leader of the Observant Reform, Bl. Giovanni Dominici (d.1419). He was ordained a priest in 1413, quickly establishing a reputation for his austerity of life and teaching. It wasn’t long before the talented young Friar was made a Prior in 1418, a role he performed first at Cortona, then in rapid succession at Fissile, Rome (Santa Maria Sopra Minerva), Naples, Gaeta, Siena, before finally returning to his native Florence in 1439. Whilst he was Prior at Florence, he commissioned Michelozzo, a noted architect, to convert the former Sylvestrine monastery into the Dominican convent of San Marco. His great friend and brother, Fra’ Angelico, was set to on to work on the interior. In addition, during his time as Prior, the Convent housed what is reckoned to be the first public library in Europe.

His leadership within the Order was marked by various successes but he is better known for his service as a Bishop in the wider Church.  It is said that Pope Eugenius was initially minded to appoint Fra Angelico as Archbishop of Florence, but Fra’ Angelico suggested his friend, Antoninus was duly installed on 13th March 1446. From the very start of his episcopal ministry, he eschewed the trappings of office. Whereas it was custom for the new bishop to arrive on horseback, dressed in fine garments with an entourage befitting such a significant prelate, Antoninus arrived on a donkey and in his simple Dominican habit, which, most unusually, he continued to wear throughout his life. Though he was now Archbishop of one of the most significant cities in Italy, if not Europe, he still considered himself to be a son of St. Dominic and continued to live by the Rule of St. Augustine as best he could. He shunned luxury in food and clothing, amd had no vessels of gold or silver. He kept a minimal household of six, and, unusually, had no security retinue.

Just as Antoninus had been a reformer in religious life, so his zeal carried over into his episcopal ministry. He carried out a visitation of the Diocese every year, a feat which would win admiration from most Bishops these days, even with the convenience of cars and the like! During the 13 years he was Bishop, he showed great care for his flock. His devotion is perhaps most evident when the plague was particularly acute in Florence (1448-9). The Archbishop reportedly  took a donkey laden with food and medicine and visited the poorest parts of the city and prisons to comfort the afflicted.  His example not only won him the admiration and affection of the Florentine Republic but inspired his brother Dominicans to follow his lead. Alas, such heroic witness sadly resulted in the death of several Friars.

So much more could be said about Antoninus: he preached against usury; he was a trusted counselor to successive Popes; and he was a distinguished Canon Lawyer. Antoninus was a man blessed with many talents and he put them all at the service of the Lord.

Pope Pius II wrote movingly of him, after his death in Florence in 1459: “”He conquered avarice, trampled on pride, was utterly unacquainted with lust and most abstemious in food and drink; he did not yield to anger or envy or any other passion. He was a brilliant theologian, he wrote several books which are praised by scholars; he was a popular preacher though he inveighed against sin with the utmost energy; he reformed the morals of clergy and laity and strove earnestly to settle quarrels; he did his best to clear the city of feuds; he distributed the revenues of the Church to the poor, but to his relatives and friends (unless they were very needy) he gave nothing. He used only glass and clay dishes; he wished his household (which was very small) to be contented with little and to live according to the precept of philosophy. When he died, he was given a splendid funeral. At his house was found nothing except the mule on which he used to ride and some cheap furniture: the poor had had everything else. The whole state believed that he had passed to a life of bliss—nor can we think their belief unfounded.”

Soon after, he was canonized by Adrian VI on 31 May 1523, one of the last two saints to be canonized before the Reformation. We keep the Feast of St. Antoninus on 10th May. 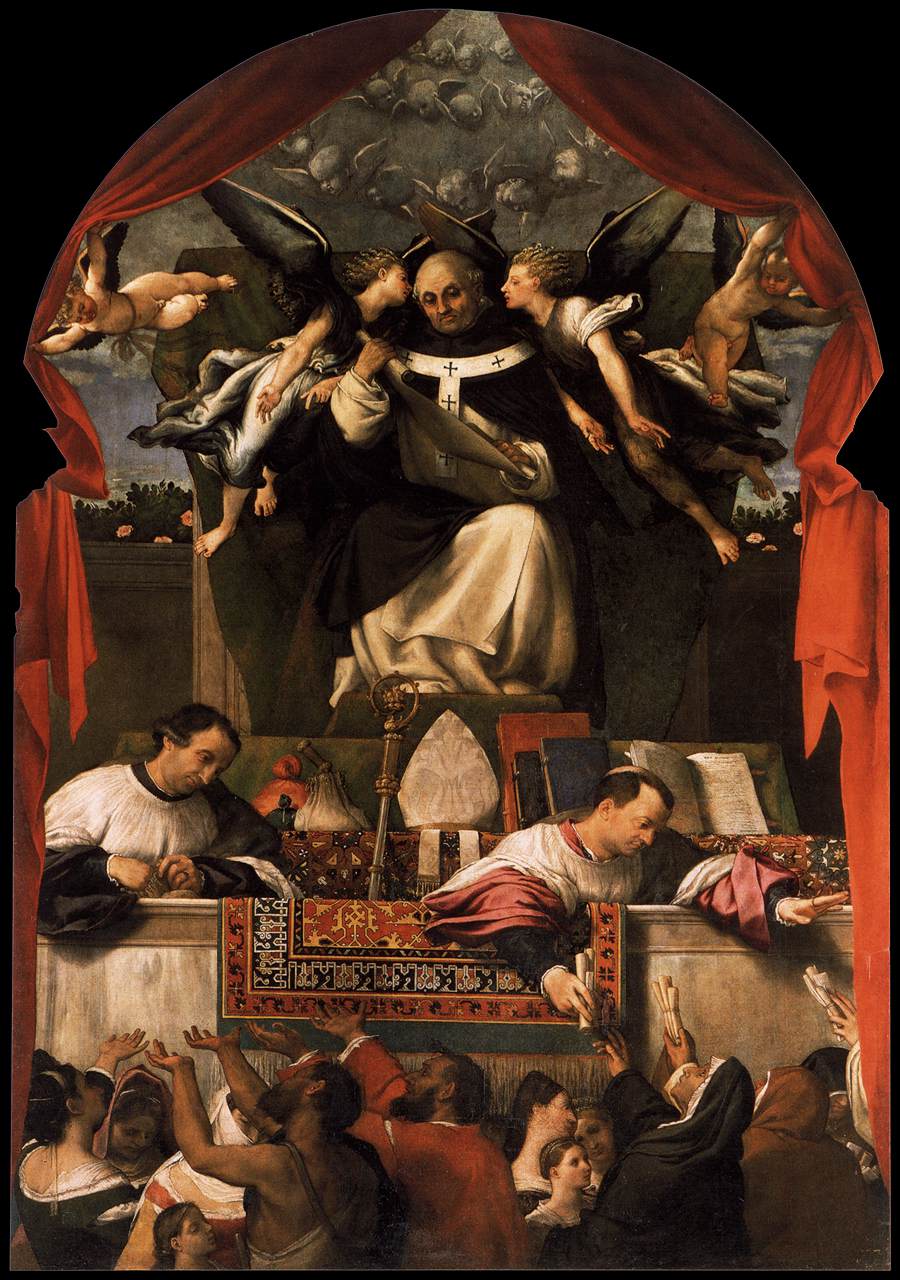