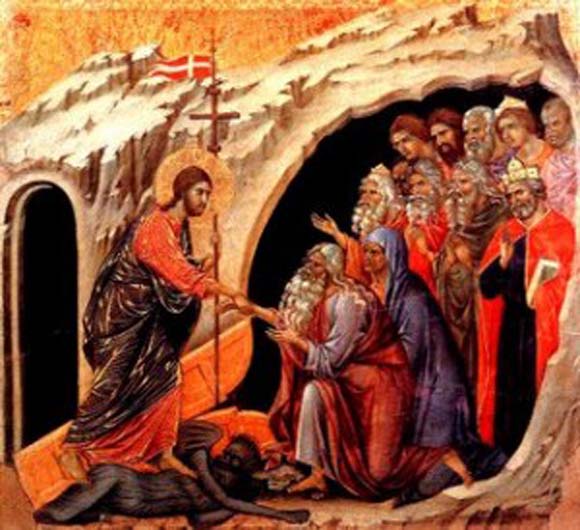 Godzdogz
Home  /  Godzdogz  /  Holy Saturday – The Stillness of the Tomb

Holy Saturday – The Stillness of the Tomb

By Godzdogz Team
20
Today is a day of strange quietness.  We have lived through the sorrowful passion of Our Lord, walked with him the Way of the Cross, and stood at its foot with Our Lady and St. John, hardly daring to believe that God incarnate could be so treated.  But at last, his terrible suffering is over. Those who condemned him, mocked him and tortured him can do no more to hurt him now: he has passed beyond their reach.

In the silence of this day when Christ is present in the tomb we have a chance to reflect on the depth of the love that brought him to give his life for us, to see his death both as an atoning sacrifice and as a victory over death and the powers of hell.  Now he has descended to the dead to free those who died in the peace of God and reside in Abraham’s bosom, and to take them to his heavenly kingdom.  Those who have awaited him for so long, from our first parents Adam and Eve, to the last God-fearing people to die before him, are finally taken from this place of waiting into paradise.
And yet, this day feels strange because it is so in-between.  We mourn the death of Our Lord and saviour; yet still await his triumphant resurrection.  We feel sorrowful and yet we are filled with a joyful hope, for we know that his death is not the end.  This mysterious, liturgical time of waiting is a powerful way in which to understand the situation of the Church militant – the Church on earth, for we believe in a God who has already come to us and made his home among us, revealed himself to us as the God who is love, and yet we await his glorious return when he will make all things new.
On this day of liturgical anticipation, let our hearts be made ready to celebrate the resurrection of Our Lord and saviour, so that we may face him without fear when he comes again to judge the living and the dead.