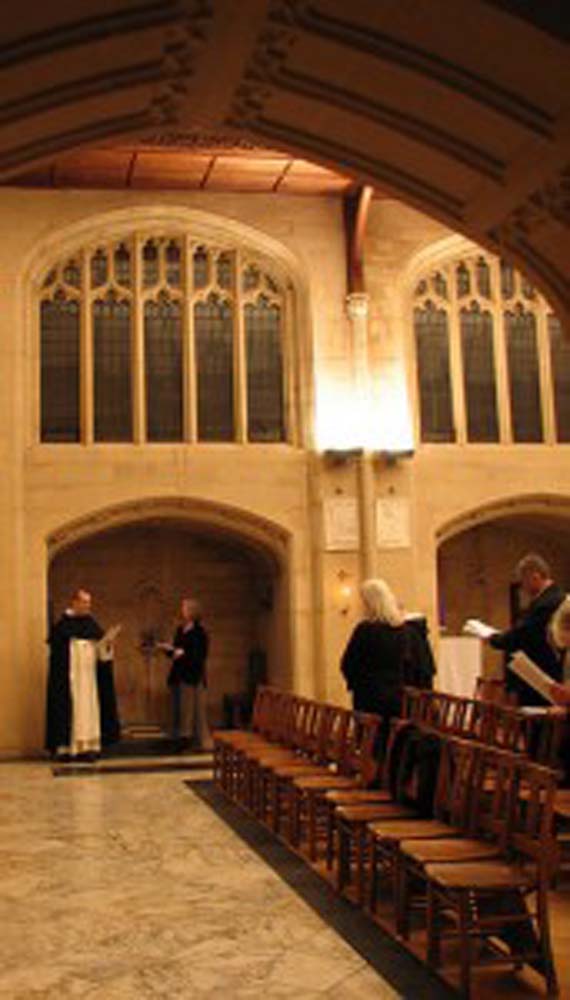 Below are some photos from this year’s Holy Week and Triduum at Blackfriars, Oxford:

This act of witness to our faith in Christ’s saving death was expressed more publicly on Spy Wednesday as we walked through the busiest streets of Oxford, carrying a cross and giving out leaflets to shoppers and passers-by on the true meaning of Easter: 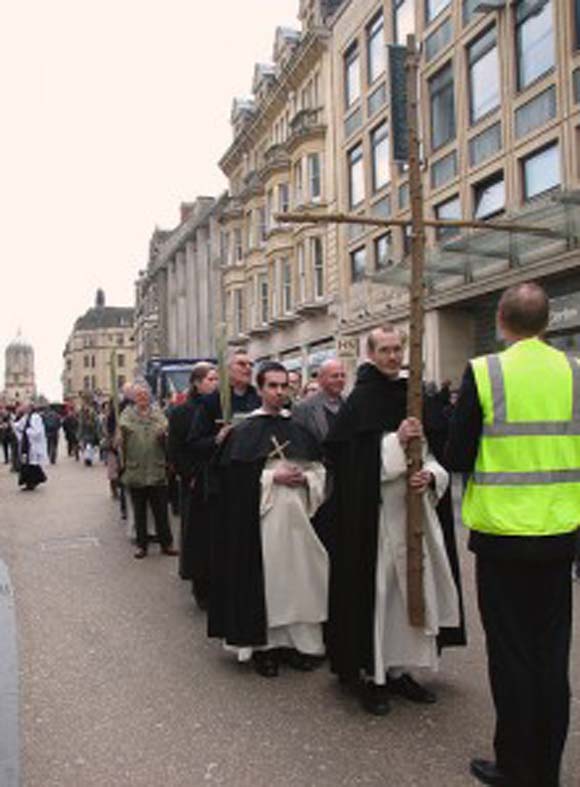 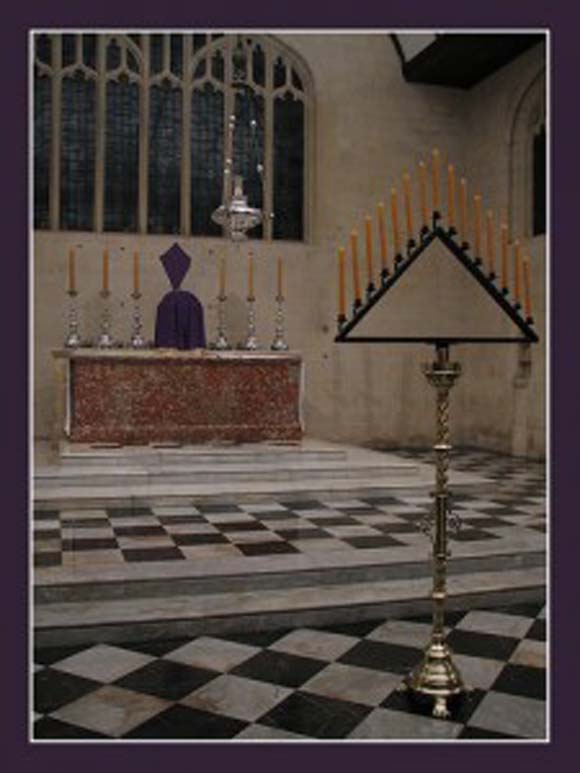 The Office ends with a short litany at the foot of the Altar sung by four cantors alternating with the friars’ choir and it ends, not with the loud banging some may remember in the Roman rite but with the words mortem autem crucis sung loudly and at a high pitch, after which the cantors prostrate themselves dramatically as the friars in choir kneel in prayer. 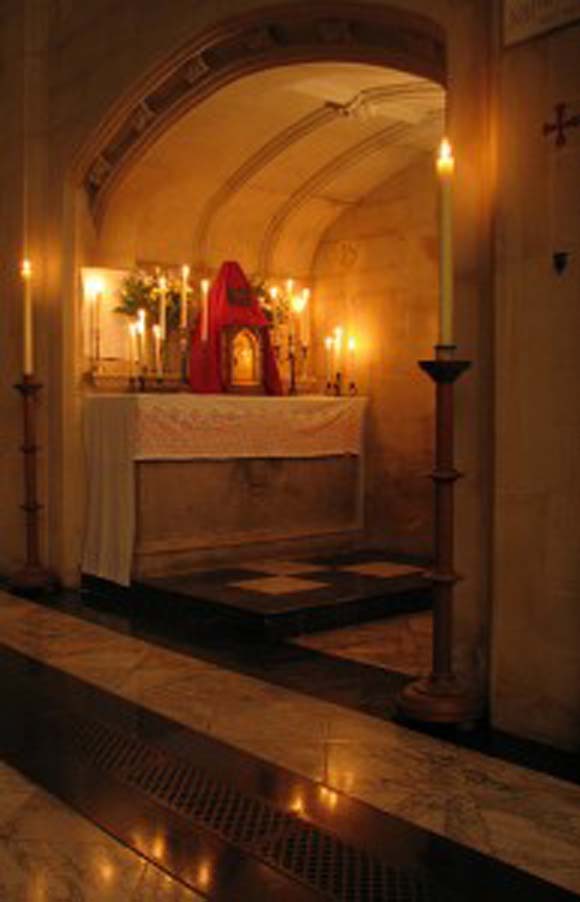 Above, the Altar of Repose on Maundy Thursday.

The Good Friday liturgy is very well-attended and many come, I suspect, for the distinctive Dominican way of performing the Veneration of the Cross. As has been posted here previously, the friars creep to the Cross by prostrating themselves three times. A relic of the True Cross is embedded in the cross which is held for veneration by the friars and the faithful, who come up, genuflecting thrice as they approach. 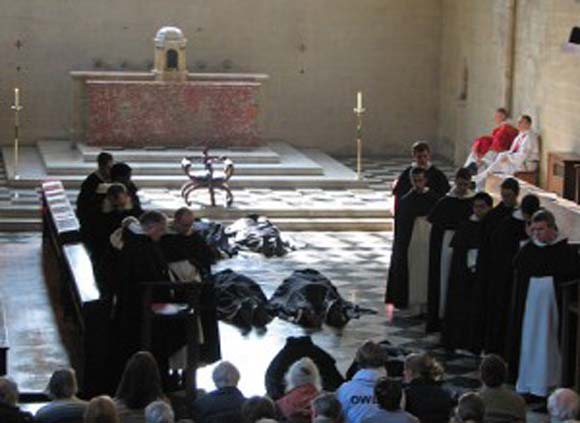 Finally the bleakness and austerity of Good Friday gives way to the light and richness of Easter Sunday. Below are photos from Solemn Vespers on Easter Sunday: 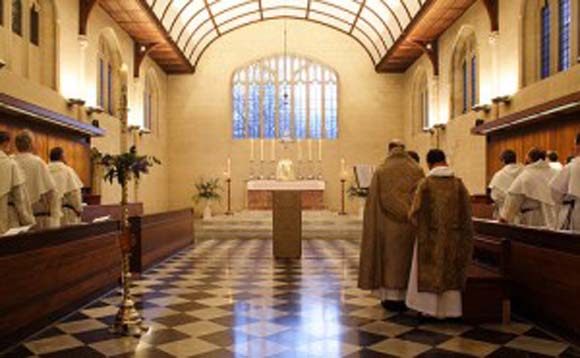 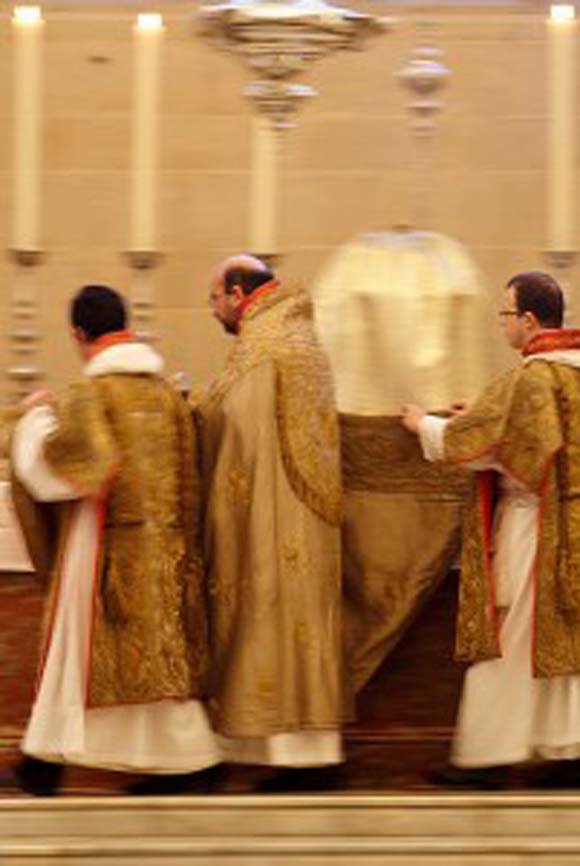 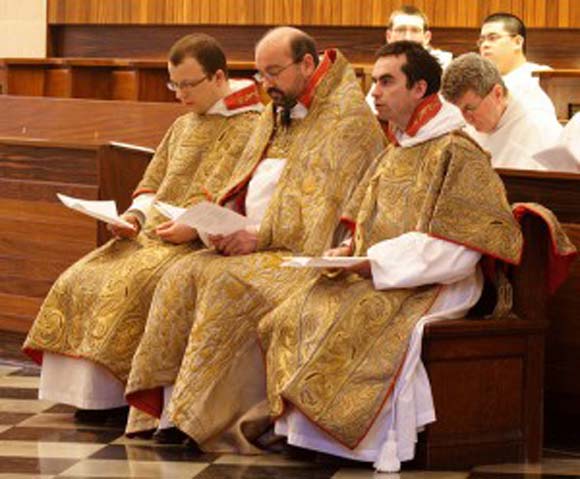 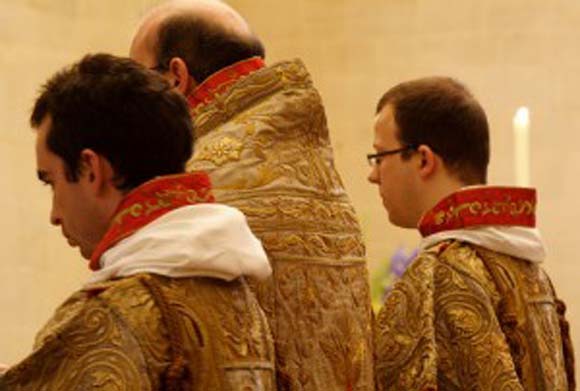