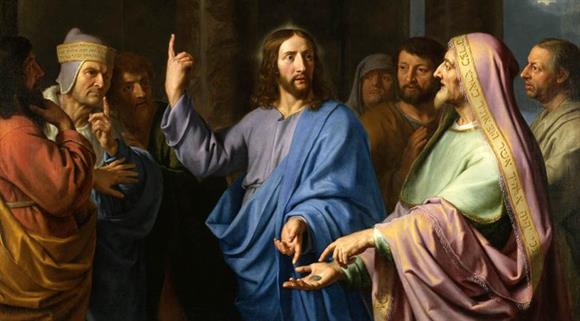 By Br Thomas Thérèse Mannion | There is a distinction we can make between those in ‘public life’ such as politicians and celebrities and ‘the rest of us’ but this can be an unhelpful distinction. It can imply the Christian faith is part of one’s private life rather than one’s public life. Alternatively, we can think it is the duty of Christian politicians to fight our case whilst doing nothing in our personal day-to-day encounters. It implies one’s faith can be put aside for one’s politics. This cannot be so.

There is a distinction we can make between those in ‘public life’ such as politicians and celebrities and ‘the rest of us’ but this can be an unhelpful distinction. It can imply the Christian faith is part of one’s private life rather than one’s public life. Alternatively, we can think it is the duty of Christian politicians to fight our case whilst doing nothing in our personal day-to-day encounters. It implies one’s faith can be put aside for one’s politics. This cannot be so. Why? Because, as 1 John 4 reminds us, ‘God is love and he who lives in love lives in God and God lives in him… Anyone who says I love God and hates his brother is a liar, for how can one love God whom one has not seen and hate his brother whom he sees’. This love, the Christian life, is as all-pervasive as God himself precisely because it is our covenantal relationship with him, our family bond with him. He gives us a command: ‘love one another as I have loved you’. This does not come with a caveat or an asterisk leading to a footnote saying ‘but keep your faith out of politics’.

For the Christian, keeping your faith out of politics is akin to keeping truth out of politics, keeping love out of politics. To keep faith out of politics effectively silences the Christian, and who benefits from such exclusion? Indeed Jesus is very clear ‘he who disowns me before others, I shall disown before my father in heaven’ (Matt 10:33; Mark 8:38; Luke 9:26). 2 Timothy 2:12 says ‘If we endure, we shall also reign with him; if we deny him, he will also deny us’. When I think of the number of times I have denied him in thought, word or action through sin, I give thanks that we have a God who commands and desires the forgiveness of sins.

St. Augustine, called by Jesus Christ to build up his kingdom, draws theological concepts of eschatology and soteriology into the political forum. In the words of St. Therese of Lisieux ‘The world is thy barque and not thy home’. This was not adding to the Gospel of Jesus Christ but drawing out living water from the well. Every Christian has been called by God to live a life worthy of their vocation (Cf. Ephesians 4), and this means acting like a Christian: acting as an adopted child of God, an heir to the kingdom of grace; fulfilling ones heavenly duty to care for all, to bring God to all in word and deed in our very personhood. St. Augustine’s message is simple: do not forget where you are travelling to. Things are only good in so far as they bring you to salvation and enable you to live as citizens of the Kingdom of God – a Kingdom which is alive and active in and amongst the other kingdoms of this world calling them to conversion and repentance. Calling them to a life of grace and virtue, a life of goodness, truth and beauty, holiness and wholeness. The peace and stability of this world will not last, the sin of this world will not last. Caritas vincit omnia et Deus Caritas est!

St. Augustine lamented Rome’s disordered desire for glory, and perhaps what we see today is a disordered desire for security. This is not to say security is not important, but safety is not God. Recently I rewatched my favourite Marvel film, ‘Captain America: The Winter Soldier’, in which the perennial question is how much freedom are people willing to sacrifice to feel safe? Which leads me to wonder, would some be prepared to sacrifice their salvation for security?

Augustine is writing around 410 when Rome is being sacked and Christian pacifism is being challenged by ‘those who prefer their own Gods’ (Augustine, City of God: Bk I: Preface). R.A. Markus in his article ‘Refusing to Bless the State’ for New Blackfriars in 1997 pulls out St. Augustine’s criticism of the Church’s close ties to the secular state which had once been the Church’s persecutor. Things are only good in as much as they provide for our eternal salvation, the prime responsibility of the state then, above all else – including security – is to provide all that is necessary to lead a virtuous life. This does not always happen because of our personal sin influencing public policy. Despite sin tarnishing the work of human hands, St. Augustine does not say that Christians should retreat from the world; rather they enter into it more fully.

Humanity is by its nature social and needs right order. This being said, St. Augustine knows only heaven and the victory of God will bring true and lasting peace; everything else is temporal. Until the end of time the Kingdom of God will live alongside those who reject his kingship: ‘these two cities are entangled together in this world, and intermixed until the last judgement affects their separation’ (City of God: Bk I: 35). The only thing that distinguishes one kingdom from the other is the relationship they choose towards God. There is a tension between the two cities living amongst each other because the law favours the secular and demands the minimum moral behaviour (CoG: Bk II: Chapter 20). Even in the 5th Century, St. Augustine complained that anyone who fights against vice is cast out of the city or forced into silence (Bk II ch 20) – as scripture says, ‘there is nothing new under the sun’. In the same chapter St. Augustine also laments those wrapped up in their vices supported by the state, and he rightly calls this idolatry.

But is St. Augustine all doom and gloom? By no means. He believes it is necessary that these two kingdoms live intertwined lives here and now. The sacred mingles with the profane. He takes seriously the claim that Christians are ‘light of the world’ and ‘salt of the earth’, enriching society with beauty, truth, goodness and virtue whilst also recognising the failures of his own brothers and sisters in Christ. He uses this to emphasise the great love and grace of God. The desire of God to be with his people is so great, he is patient with our sinfulness calling us all to the fullness of his love. This love is pure, free, unmerited gift – grace. Christians are God’s gift to politics. Not only the senators or politicians and emperors, but the ordinary everyday Christian who, as St. Paul says, works out his salvation in awe of the Lord.

St. Augustine shares in God’s desire that all humanity be saved and to come to knowledge of the one who loves them (1 Timothy 2:4). St. Augustine’s anthropology is not as negative as may first appear. He preaches against those seeking power, fame and glory because he hopes all will fulfil their destiny to take up their place in the heavenly city, but he realises not everyone chooses to do so. There are those who set power upon God’s throne and seek war, but St. Augustine is clear all war – even just war – is to be mourned and the motivation must always be neighbourly love since ‘anti-creation’ is intrinsically wrong.

It is, then, the duty of every Christian to do spiritual warfare through practising virtue, prayer and fasting. Every Christian should engage in political life because every Christian is responsible for their community, particularly the good governance, happiness and most importantly the salvation of that community. We owe it to others to be involved. Living the fullness of the Christian life and calling to conversion by one’s example. We are all public people, and there will always be someone who looks to us for a good example. We are all called to holiness and conversion.

Remember we are all called to God himself; may he be always on our minds so we live, love and end well.
Categories: