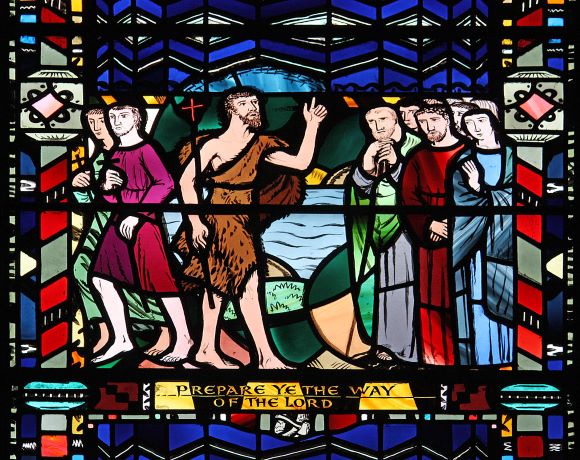 By Br Vincent Antony Löning | John the Baptist is one of the most important saints of the Church—and in some ways, today one of her most underrated ones, too!

John the Baptist is one of the most important saints of the Church—and in some ways, today one of her most underrated ones, too! But as Jesus himself reminds us, “of all the children born to women, there has never been anyone greater than John the Baptist; yet the least in the Kingdom of Heaven is greater than he” (Mt 11.11).

Our baptismal call is often put in terms of living with Christ and following his example, and, if you are a Dominican, then you are also called to imitate S. Dominic: but here Christ asks us also to imitate, even to surpass, John. That is, on the face of it, both odd and demanding. Odd, because Christ himself did not follow everything that the Baptist did. John came, neither eating nor drinking, living an ascetic life in the desert, whereas the Son of Man came, eating and drinking: how are we meant to imitate both? Demanding, too, obviously. I can’t speak for everyone but certainly wouldn’t personally enjoy a diet of locusts and wild honey very much (especially the locusts).

And yet John the Baptist certainly has a lot to offer us as way of example—and in particular, as a great preacher, he has a lot to offer to Dominicans. Our vocation as Preachers is sometimes said to require of us two seemingly opposed qualities: boldness and humility. For me, it is John, himself a great preacher, who gives a great example of how these can be combined.

Boldness. Clearly, John did not shrink away from proclaiming the truth at all costs—even the cost of his own life. A voice crying out in the wilderness to make straight the paths of the Lord, he was not the forerunner just for a brief historical moment, but rather constantly calls us back to being disciples of Jesus. When Herod married his brother’s wife, Herodias, and broke the Jewish law which forbade this, John did not hesitate to publicly condemn their union, thereby incurring the wrath of Herodias, who eventually got what she wanted: the head of John the Baptist on a plate. Preaching the Gospel can cost a lot. We may not all be called to martyrdom, yet each of us probably has already and will still encounter everyday persecutions or tribulations for the sake of the Kingdom, which, full of hope, we point towards.

Humility. The way in which John proclaims the Gospel is not only bold but also profoundly humble. We see this even in his choice of lifestyle. He does not dress finely, or live in a palace, as some might expect an important prophet to do: remember that a lot of the Old Testament prophets were court prophets, with easy access to the king, and essentially acting as royal advisers, with many of the worldly advantages that might entail. But John the Baptist emphasises access to the true King, Jesus Christ. His asceticism, just like the simple observance of religious life, should remind us that there is something more important than this life awaiting us. And in all of this he is constantly pointing towards the Lord, not hesitating to remind that he himself is not the Messiah, and to say of Jesus, “He must increase, I must decrease.”