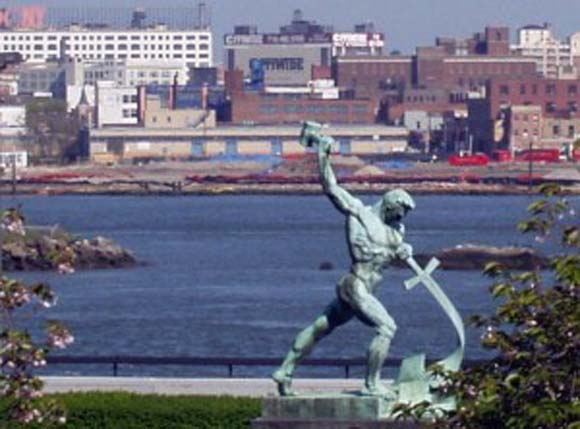 On the Areopagus – 11 Just War

The use of arms to settle disputes or further political or economic interests has been a constant throughout human history and the last two thousand years has been no exception. In fact, in recent times the twentieth century has without doubt witnessed to the two single bloodiest conflicts in all human history. Surrounding each conflict and the issue of war in general has been the ongoing debate as to the moral legitimacy of the use of violence to achieve a ‘just solution’ where conflict arises either between states or within them. Within the last decade the commitment of British and American forces to overthrow regimes in Iraq and Afghanistan has kept this topic firmly in the public consciousness and ensured the heated continuation of the debate.

War is perhaps the clearest and most stark reminder of the evil that exists in the world. All of us, as citizens and governments, are obliged, not simply to work for the avoidance of it, but actively for the furtherance of peace in this divided world. Warfare should only be viewed as an act of last resort and should never be an act of hatred or revenge for this is contrary to charity, however, it would be unjust to prevent or impede the right of nations to their own self-defence in grave circumstances and as such there has developed Christian tradition of the ‘just war theory’. Below are outlined the strict conditions identified in §2309 of the Catechism of the Catholic Church to evaluate the legitimacy of military defence:

At one and the same time

The application of these criteria will never be simple but it does at least give a rigorous framework with which to evaluate the moral legitimacy of armed conflict and to hold those who are in the relevant positions of authority to account. Those who hold such positions have a grave responsibility toward the common good and as St Paul also reminds us we have our responsibilities toward civil authority, though his language is typically forceful. “It is not for nothing that the symbol of authority is the sword: it is there to serve God, too, as his avenger, to bring retribution to wrongdoers” (Romans 13:4).

The criteria mentioned above are for what is called ius ad bellum, moral justification for going to war. There is also ius in bello, principles that guide behaviour in the prosecution of a war. Many of these principles are incorporated now in agreed international conventions about the treatment of prisoners of war, respect for the distinction between combatants and non-combatants, and so on. Increasingly people speak also of ius post bellum, just consideration of peoples and countries vanguished in war. (The occupation of Iraq, for example, was easily done but planning for post-bellum Iraq seems to have been practically non-existent.)

Above all we must pray for peace and for those who carry its responsibility for us. We must also look forward in hope to the coming of our Saviour when all such evil will be swept away for good and violence will be no more. I leave you with this thoughtful and hopeful passage from Gaudium et Spes §78:

Insofar as men are sinners, the threat of war hangs over them and will so
continue until Christ comes again; but insofar as they can vanquish sin by
coming together in charity, violence itself will be vanquished and these words
will be fulfilled: “they shall beat their swords into ploughshares, and their
spears into pruning hooks; nation shall not lift up sword against nation, neither shall they learn war anymore (Isaiah 2:4).

The photograph above shows the ‘swords into ploughshares’ statue outside the United Nations building in New York City.