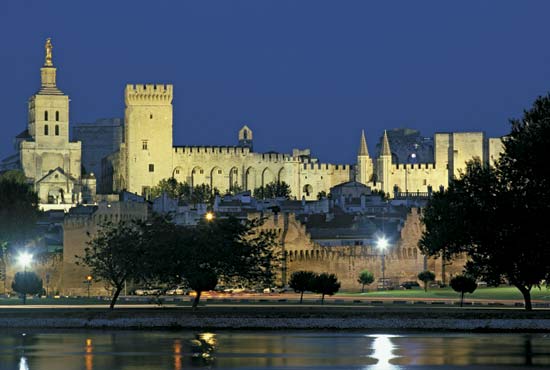 Returning to Rome: a 650th Anniversary

Today marks a rather curious anniversary in the history of the Catholic Church. On this day 650 years ago Pope Urban V became the first bishop of Rome to set foot within his diocese for over sixty years.

This is to say that the end of one of the Church’s more controversial periods, when the papacy resided not in Rome but it in the French city of Avignon, was drawing to a close. The Pope first went to Avignon in 1309 when Clement V, a recently elected Frenchman, chose the city as his permanent seat. It was argued that the Italian peninsula, and above all Rome itself, was too politically unstable and dangerous to be a secure place for the Pope to freely exercise his governance over the universal Church. Some, however, such as the medieval humanist scholar Petrarch, did not think Avignon any safer, suggesting that the move was a coup by the French Crown who now held the papacy captive under its so-called ‘protection’. This ‘captivity’ was to last some sixty-seven years.

A balanced view of the ‘Avignon papacy’ does admit of French domination of the papal agenda through that period. All the popes based in Avignon were French, and Clement V himself did a great deal to undo the work of his predecessor Boniface VIII to the benefit of the King of France Philip IV. Pope Boniface had asserted the supremacy of the papacy over temporal princes but Clement allowed this claim to pass by undefended and even suppressed the Knights Templar at the King’s request: much of their wealth was incorporated by the French crown. 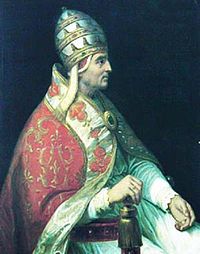 Nonetheless, in several matters the papacy while in Avignon fulfilled its function well and laudably, many of the doctrinal and legal decisions of the papacy, in regards to ecclesiastical as well as temporal affairs, remain celebrated in history to this day: Pope John XXII answered positively the Declaration of Arbroath and, establishing Robert Bruce’s legitimacy, gave birth to the Stuart dynasty which would unite the crowns of Britain many centuries later. He also, as Dominicans joyfully remember, canonized St Thomas Aquinas and excommunicated William of Ockham; philosophically and doctrinally then Avignon was the beginning of a theological path the Church has since been happy to walk.

However, one cannot avoid the scandal of a bishop not residing in his own diocese for such a prolonged period of time: especially when that bishop is the successor of Peter and Paul who founded the Church in Rome. Pope Urban V, an austere Benedictine monk, was clearly persuaded by his own conscience and the advice of St Bridget of Sweden that the Pope’s long Babylonian captivity had to end. Unfortunately he found his desire, and his decision to return to Rome, were not final. The pull and power of France, expressed particularly through the large number of French cardinals, compelled the Pope to leave Rome after his brief stay and return to Avignon. The Papacy had become entangled in the affairs of the French kingdom and it was not so easy to get completely free, As indeed was revealed when Urban V’s successor but one, Urban VI, the first Italian pope in some time, rebuffed the French cardinals and stayed put in the Vatican. Thus began the Western Schism when the Church was besieged by a series of French-supported anti-popes who opposed Urban VI and his successors for some thirty-nine years, splitting the loyalties of Christian Europe in two.

650 years ago today, then, the papacy attempted to assert its independence in Christendom from the temporal powers but, without jeopardising its integrity, it failed. The independence of the papacy was going to demand a prolonged and difficult struggle, but a struggle worth fighting. Clearly the Pope, and the Catholic Church itself, cannot be the property of any of earth’s Caesars. Of course, this business of ‘rendering’ should not just be interpreted as a matter of protecting the rights of the state, of giving to Caesar what is his, but also of recognising and respecting the liberty and rights of God’s Church and his Vicar- a liberty which does not come from human agreement but from Divine mandate. 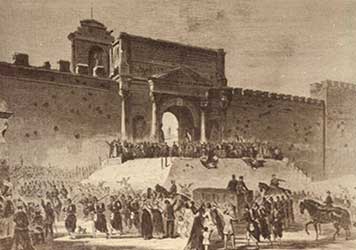 This later question, of the freedom Christ gave to Peter and his successors as governors of the Church, was surely on the mind of Pope Pius IX when he beatified Pope Urban V on the 10th March 1870, only six months before the forces of the King of Piedmont besieged and seized Rome bringing to an end the centuries old Papal State and imprisoning the Pope in the Vatican.

Pius IX and his successors, like Urban V and his, feared the domination of the papacy by a secular power in whose grip it now found itself. Fortunately for the Pope, throughout the nineteenth and early twentieth century, world leaders, though many were sceptical that the Pope should retain temporal power over a large territory, recognised that the Pope ought to be truly free to exercise his duties to the worldwide Church and so the Holy See endured as an international power in its own right up until the creation in 1929 of the Vatican City State, a territory independent of the new Italy governed by the same authority that had once governed central Italy, Avignon and Rome.

The Pope then is still called the Sovereign Pontiff, a priest who freely exercises sovereign power among the rest of the world’s leaders in his own territory. Of course the Vatican is the world’s smallest state, but it seems to be enough for a global institution.

We are 650 years on in the journey of the papacy’s freedom to govern the Church. Informed by history we should pray all the more for the Pope, that he may govern wisely and equitably, not for earthly interests but solely for God’s by whom alone he is to be judged.