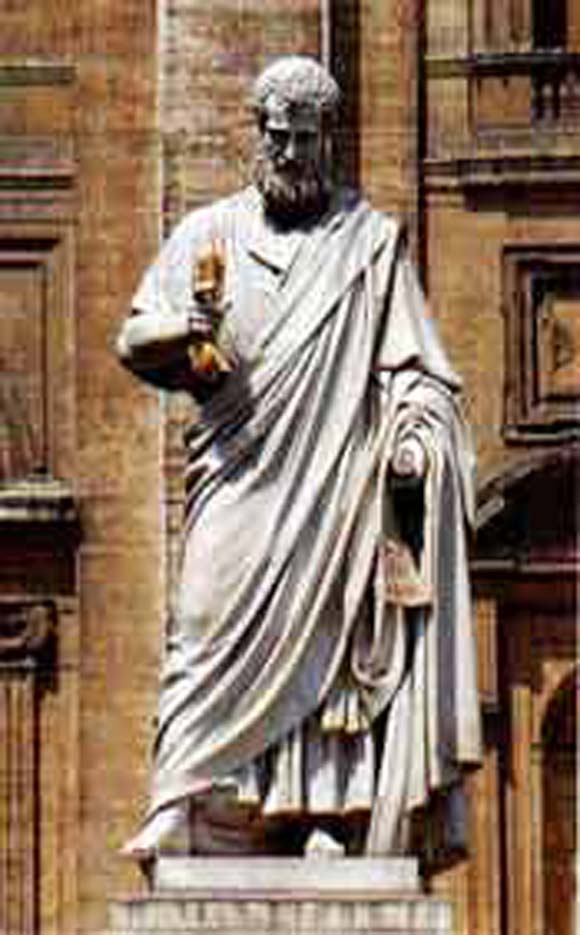 By Br Andrew Brookes O.P.
21
Readings: Acts 12:1-11; 2 Timothy 4:6-8, 17-18; Matthew 16:13-19
Most of the prominent people in the New Testament get a feast day to themselves, so why do Peter and Paul, certainly the two most prominent people in the Acts of the Apostles, share a feast day here? Certainly each deserves proper liturgical focus in their own right and in fact there are separate feasts as well: the Conversion of St Paul (25 January) and the Chair of St Peter (22 February).

However, they are combined here because they were both martyred in Rome during the persecution by the Emperor Nero. The slim evidence that there is does not point to them sharing the same date of execution, but very strong evidence establishes the fact that these two apostles died for the faith in Rome in the mid 60s, having spent at least some time ministering there. There is good archaeological evidence to support the cult of these apostles from extremely early times, and this date is known to have commemorated them from 258 AD at the latest.
This double martyrdom, supported by a period of ministry that preceded it, was seen as hugely significant in the early church. It made Rome unique. No other city or local church could claim to be the place of final ministry and martyrdom of two apostles. It was very much at the heart of the pre-eminence given to the Church of Rome, and the reason given for it. St Clement, c. 96 AD, St Ignatius, c. 110 AD, and St Irenaeus and Tertullian, both later in the second century, all refer to this. Though there (almost) certainly were Christians in Rome before either Peter or Paul was there in person (indeed Paul wrote to them before he went there), their ministry and especially their martyrdoms were seen as giving a secure foundation to the church there. Without intending it, Nero was an instrument of providence by which Rome was established as the centre of the universal or Catholic Church, in effect making Catholicism Roman. 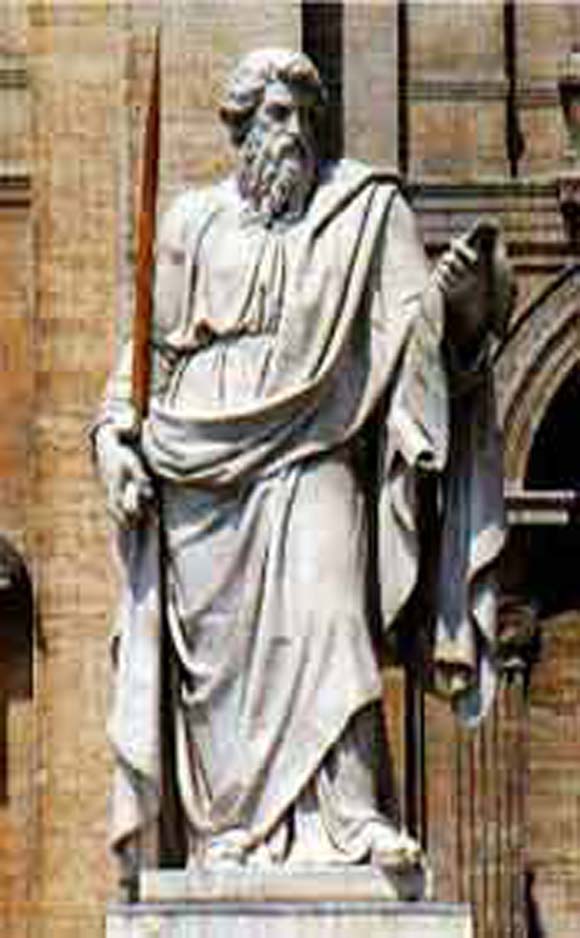 Tertullian later reflected that ‘the blood of the martyrs is the seed of the church’ by which he meant that this witness in death both encouraged the faithful to remain so, and also invited, even challenged, their persecutors to accept the faith. At the centre of their lives was something more important than life and indeed something that transformed death. No doubt the presence, ministry and fidelity unto death of Peter and Paul strengthened the rest of the Christian community in Rome to be faithful unto death – and many were indeed faithful, in this persecution and in others that followed it. Since that time, right down to today, there has always been a Christian community in Rome, true to the teaching of these apostles.
We too today have the chance to be part of the Church and to be in communion with the church founded on their witness unto death. To really live in the grace of that communion is to be willing to witness to the Gospel each and every day in our lives and in whatever death God sends us, peaceful or violent. For strength, then, let us be encouraged by the example and prayers of St Peter and St Paul and all the Roman martyrs who followed them, and with them let us look to Jesus Christ ‘the faithful witness, the first born form the dead, the highest of earthly kings’ (Rev 1:5).