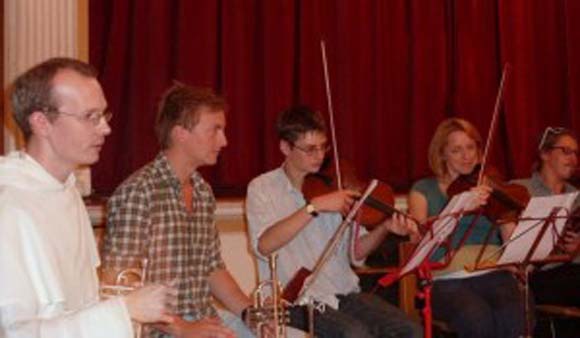 By Robert Verrill O.P.
72
The 57th annual Spode Music Week took place from 14th to 21th August and was again a great success. Spode Music Week was founded by the Dominican Conrad Pepler OP in 1954 and used to take place at Spode House, the Dominican conference centre next to the old Hawkesyard Priory in Staffordshire. Although Spode House closed in 1986, the music week has continued to flourish and for the last few years it has taken place at the Beechwood Sacred Heart School in Tunbridge Wells.

Spode Music week attracts musicians of all levels of ability. For some, this week is the only opportunity in the year they have for getting involved in music making, whilst others are well-known professionals in the music world who very much enjoy the informal family atmosphere Spode has to offer.
Spode still maintains its Catholic ethos. One of the highlights of the week was the performance of the course work, Monteverdi’s Vespers, with full choir and orchestra. Another of the highlights was the final day in which the course Mass was performed – this year it was the Mass by Roxanna Panufnik, conducted by Philip Duffy. Originally this work was composed to celebrate the 75th birthday of Cardinal Hume.
In fact, there was a sung Mass every other day of the week as well by composers such as Byrd, Palestrina, and Victoria. A few years ago, such Masses would have been the course work for the whole week, but now there is sufficient talent at Spode for such works to be performed with very little rehearsal time. The strong singers really help to raise the level and confidence of the not so strong singers (such as myself). So if you’ve got a week to spare next August and you like the idea of making music in a Catholic friendly environment, do check out the Spode Music Week website. 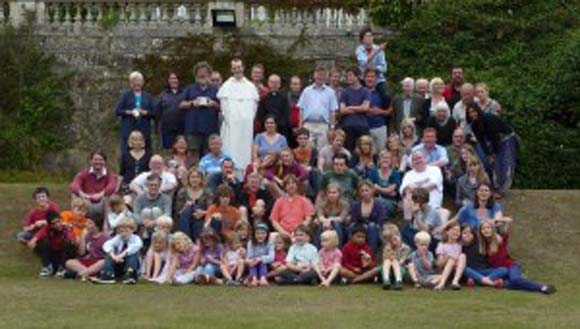