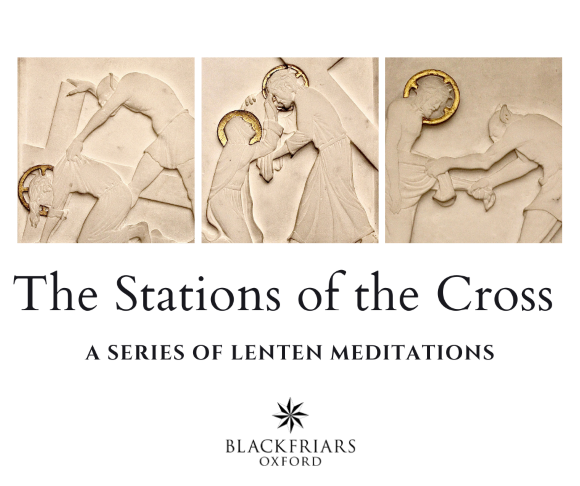 Godzdogz
Home  /  Godzdogz  /  Stations of the Cross at Blackfriars

Stations of the Cross at Blackfriars

News | Starting tomorrow, the community at Blackfriars will post a series of video meditations based on the Stations of the Cross of our priory church in Oxford. You can follow them in the link below.

Each year in Lent, in parishes across the world, we retrace the steps of Christ in His Passion and death. Popularised by pilgrims returning from the Holy Land, who had walked the Via Dolorosa in Jerusalem, the stations came to Europe, rooting the sacred geography of the Holy City in our own cities, towns and villages. After the loss of the Holy Land, and unable to make pilgrimage, cities across Europe set up their very own versions of the Holy Land, either, like St Stephen’s in Bologna, by setting up miniature version of the Holy Sepulchre and other churches in Jerusalem, or, more commonly, by setting up stations outside a major local church. These were designed to commemorate the actual stations, or stopping points on the Via Dolorosa in Jerusalem. The devotion was popularised by the Franciscans who, in 1686, were given permission by Pope Innocent XI to erect Stations of the Cross within their churches, and this was extended to all churches in 1731, while at the same time the number of fourteen stations was fixed.

St Thomas’s questions on Christ’s Passion, found in the Tertia Pars of the Summa Theologiae, are truly beautiful meditations on the meaning of Christ’s Passion and death. Aquinas tells us that the Cross expresses more than our deliverance from sin: it can also give us a perfect example of obedience, humility and justice. However, it also show us, St Thomas says, how much God loves us, and thereby stirs up our love for God in return. Just as Christ was transfixed, the nails piercing him to the Cross out of love for us, so these meditations should stir us to be transfixed by that same love. This is why each station is accompanied by an excerpt from the Stabat Mater, a poem about Mary’s suffering as she watched the death of her Son. Just as her soul was pierced through, transfixed with sorrowful love, so our own hearts should be transfixed: O thou Mother! Fount of love! / Touch my spirit from above, / make my heart with thine accord.

But the Word transfixed shares some meaning with the Word transfigured. There is something in this mystery, in its blood, sweat, agony and sorrow, that is beautiful; not in spite of these things, but because of them. This is Christ’s moment of glorification, and in the light of this glorification, which to our own eyes seems such darkness, Christ is transfigured, drawing all things to himself, and offering us a path to glory through our share in His suffering.

Our stations are a much loved part of the fabric of our priory church, and in the normality before lockdown they would draw quite a lot of attention when people wandered in off the street and looked around the church. Part of this would be the occasional Tolkien enthusiast, who had heard that our Stations had been Tolkien’s inspiration for the orcs in The Lord of the Rings. On closer inspection, the monstrous features, pointed ears, and long, claw-like fingers of the soldiers suggests that this may well be true. They are beautiful to pray with in Lent, particularly the thirteenth station, with the lifeless body of the Saviour falling into the arms of a Dominican friar, which always reminds me of the Ribalta painting of Christ embracing St Bernard. They are not garish as some Stations can be, but rather stark in their simplicity and unfussy in their details. They are of course made even more beautiful by having been carved by one of our own brothers, even if the story of their carving and installation is not an entirely happy one. 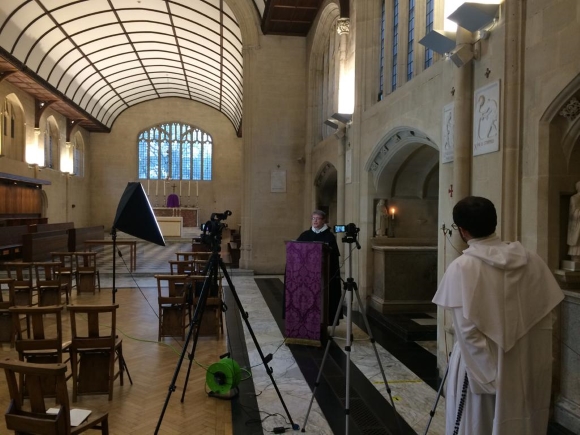 Our Stations must have been something of a crucifixion since their maker, Fr Aelred Whitacre, whose sculptures and reliefs can be found dotted around our priory, carved these Stations for the priory church while it was under construction. In a letter of 17 September 1926 to the architect, Edward Doran Webb, Fr Bede Jarrett tells Webb that he had ‘asked Fr Aelred Whitacre to carve Stations of the Cross for the Chapel. He’s done two, and they are very good. He’s doing the lot in unpolished white marble, a good craftsman. They’ll be just picked out with gold. I think you’ll approve of them.’ Alas, the reaction was not quite what Bede Jarrett had hoped, and Webb clearly disliked them, but in a return letter on 27 April 1927, Bede is firm in telling Webb that despite his dislike of them, ‘they must stay where they are.’ It’s rare to find any force, human or natural, that could stand up to Bede Jarrett, but Webb clearly stood his ground, and the Stations were not set into the building at the time of its consecration in May 1929. But even once Webb’s work in building the church was completed, the situation for our Stations did not improve much, as they met with yet another formidable opponent in the shape of the newly formed priory community here. The priory’s Council, a smaller body of friars elected by the Chapter to advise the prior, voted firmly against erecting the Stations in the priory church in October 1929. But with the death of Edward Doran Webb in 1931, the community seems to have felt more secure in making alterations to the fabric of the church, and so at a meeting of the Priory Council on 21 January 1932, the Councillors were asked to consider the fitting of the Stations of the Cross into the priory church, and the Council Minute book records ‘The decision of the Council was unanimously in favour of the motion.’ No time was lost, and on 21 February the Stations were set into the walls of the church. The decision clearly came as something of a relief to Fr Aelred, who was invited to preach after Compline on Palm Sunday a few weeks after they had been finally put up, and the Priory Chronicler recorded that ‘After Compline Fr Aelred preached, or rather gave an Apologia pro opere suo – [for] his Stations of the Cross.’ 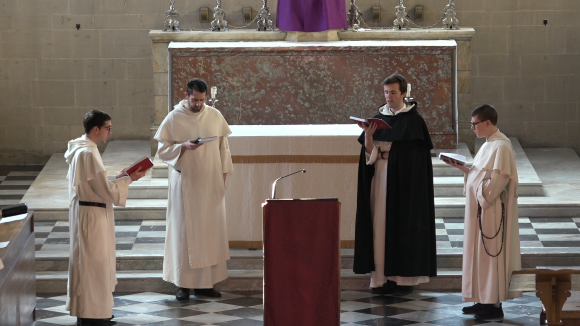 Some brothers get together to record music for the series

Over the next few weeks, friars from our community will be offering reflections on each individual station. It’s a chance to spend more time with each station than we can when we follow the stations in person, and a chance to pray with art which means a great deal to our community, produced by one of our brothers. If you have joined us for worship in person, these stations may be well known to you, and indeed something which you have missed in these two rather unusual Lents we’ve had this past year. If you join us for worship online, or don’t know the building, it may be a treasure which you haven’t been able to see, and which we’re pleased to be able to share with you over the coming weeks.

Join the Stations of the Cross at Blackfriars here.

MORE ON: NEWS, LENT, STATIONS OF THE CROSS

Categories:
Lent, Stations of the Cross