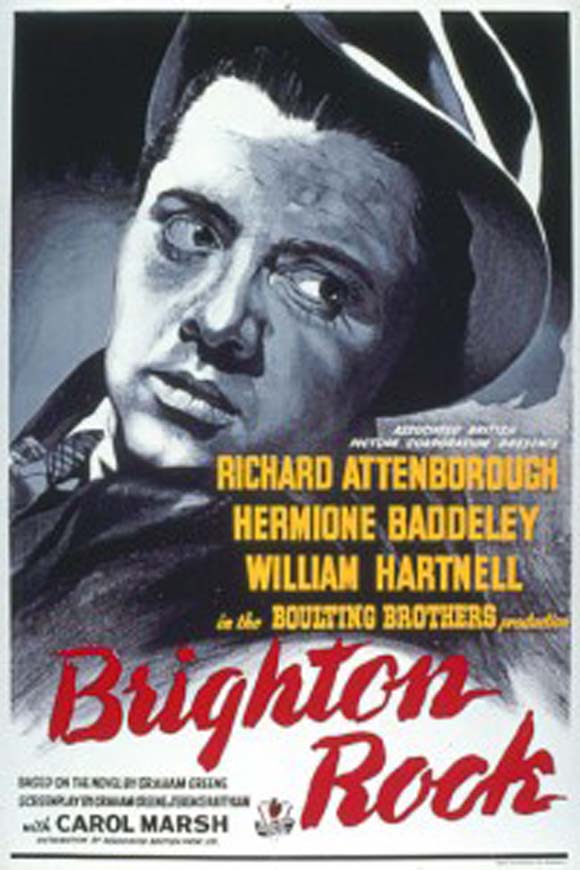 Godzdogz
Home  /  Godzdogz  /  Tuesday of Holy Week: Brighton Rock, sin and the point of no return

Tuesday of Holy Week: Brighton Rock, sin and the point of no return

By Toby Lees O.P.
19
Readings: Isaiah 49:1-6; Psalm 70:1-6,15,17; John 13:21-33,36-38
In Graham Greene’s Brighton Rock, Pinkie Brown, the anti-hero, is keenly aware that the pattern of his life is leading him to damnation. He is constantly worried that come the hour of his death the opportunity of repentance will be denied to him. He becomes bitter against the world and against God considering that he must, in fact, have been pre-destined to hell. He is unable to see that it is his choices, his free will that is leading him along this path.
In the book there are three standout moments where a chink of light pierces into his life, offering the chance for a real conversion. The first comes when he reflects on his relationship with Rose – the bride he has taken to prevent her from testifying against him in court – he discovers, to his surprise, that he remembers it “without repulsion” and the possibility of affection for Rose occurs to him; “somewhere, like a beggar outside a shuttered house, tenderness stirred, but he was bound in a habit of hate”.
The second occasion is in a bar, where Pinkie, never normally affectionate nor caring for anyone but himself, feels almost protective of Rose in response to the comments of wealthy men in the bar: “Tenderness came up to the very window and looked in”. Yet once more he refuses to repent of his old ways and start afresh.
The third and final time is shortly afterwards as he drives away from the bar, Pinkie becomes aware of “an enormous emotion”, likened to “something trying to get in; the pressure of gigantic wings against the glass. Dona nobis pacem…If the glass broke, if the beast – whatever it was – got in, God knows what it would do.” But once again the habits of hate and scorn are too hard to break. Jesus is knocking at the door, but as in William Holman Hunt’s famous painting, the handle is always on our side, he will never force his way into our lives.
There are parallels in today’s dramatic gospel which takes up the scene shortly after Jesus has washed his disciples’ feet and is foretelling his betrayal. When asked who will betray Him, Jesus says that it is the one to whom he will give the morsel when he has dipped it. This action far from making it inevitable that Judas will betray our Lord, shows Judas the path that he is taking. If in his greed or his frustrations with the reality of the Messiah, he is unthinkingly accepting money without thinking of the nature of the betrayal, here, in this intimate act of friendship and confidence – the dipping of bread and feeding to a friend – is his chance to open himself up to love once more. Yet Judas, like Pinkie, is unable to summon the courage to turn to the light; the darkness has become too familiar, too comfortable. Perhaps as he approached the chief priests to take their money, he paused one moment to consider once more what he was doing, yet felt he was just too far along now?
This is certainly something to which I can relate: times where it simply seems easier to carry through with wrong-headed decisions. Occasions where it is difficult to muster the strength to face the loss of face which comes with saying I was wrong and instead continued deceit seems simpler. It is easy to think that we have passed the point of no return and that we are committed to our sinful choices now. Yet this is the trap of the devil. Christ is constantly calling us to repentance; His mercy is never further from us than a turn of the heart.
We often use the phrase “the point of no return”, but when it comes to our sin, no matter how grave, this phrase has no place in the Catholic lexicon. We are not like the fallen angels, whilst we still breathe it is never too late to repent. Judas repented after his betrayal; he goes to give the money back. What compounds the tragedy of his actions, however, is that he no longer believes in forgiveness. As Pope Benedict wrote in volume two of his Jesus of Nazareth trilogy: “His remorse turns into despair. Now he sees only himself and his darkness; he no longer sees the light of Jesus, which can illumine and overcome the darkness. He shows us the wrong type of remorse: the type that is unable to hope, that sees only its own darkness, the type that is destructive . . . . Genuine remorse is marked by the certainty of hope, born of faith, in the superior power of the light that was made flesh in Jesus.”
So this Holy Week, let us reflect, repent and rejoice in God’s forgiveness through the sacrament of reconciliation. Let us follow the advice of Pope Francis: “Everyone say to himself: ‘When was the last time I went to confession?’ And if it has been a long time, don’t lose another day! Go, the priest will be good. And Jesus, (will be) there, and Jesus is better than the priests – Jesus receives you. He will receive you with so much love! Be courageous, and go to confession!”