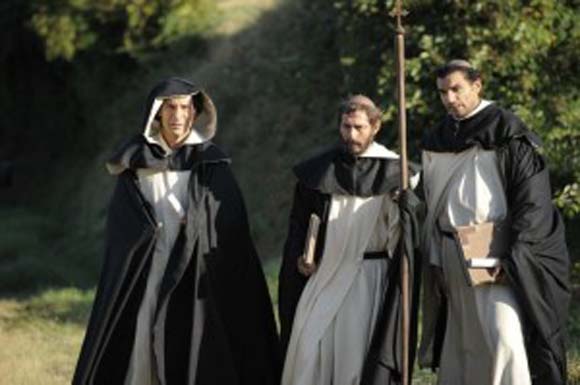 What I did in the summer…La Route Dominicaine

By Matthew Jarvis O.P.
90
Walking long distances is a very Dominican activity. St Dominic walked countless miles preaching the Gospel in southern France and northern Italy in the earliest days of the Order.

Later that century, St Albert the Great, as Provincial of Teutonia then Bishop of Regensburg, had such a job visiting his priories and parishes that he earned the nickname ‘The Boot’. It was to send a clear signal of evangelical poverty that these early Dominicans refused to ride horses. Just as Jesus sent out the first disciples on foot, so do we poor preachers follow in their footsteps. We still don’t ride horses! Now, while modern transportation has of course become indispensable, we must always strive for a prudent poverty and simplicity of lifestyle, suitably to adorn our preaching of spiritual riches. And so, occasionally, it is good to get back to basics, and leave behind the settled comforts of community or family life. 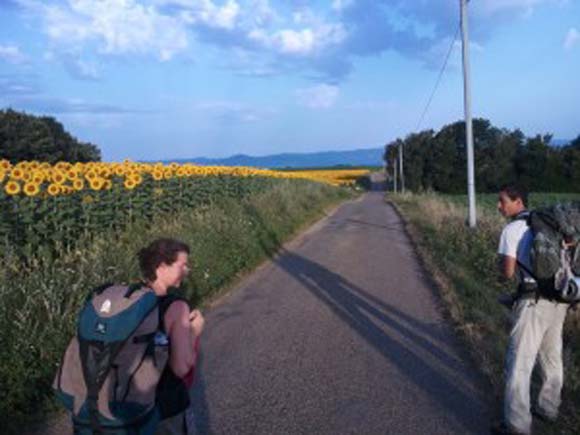 That is why I jumped at the opportunity in the summer to go on a Dominican pilgrimage in France. It was in fact the third such pilgrimage, called La Route Dominicaine, organised by brothers of the Province of France. We walked between two monasteries of Dominican nuns, from Chalais on the massif de la Charteuse to Langeac in the Auvergne, a total distance of almost 300km, thus completing the triangle of earlier hikes from Langeac via Taulignan to Chalais in 2007 and 2009. 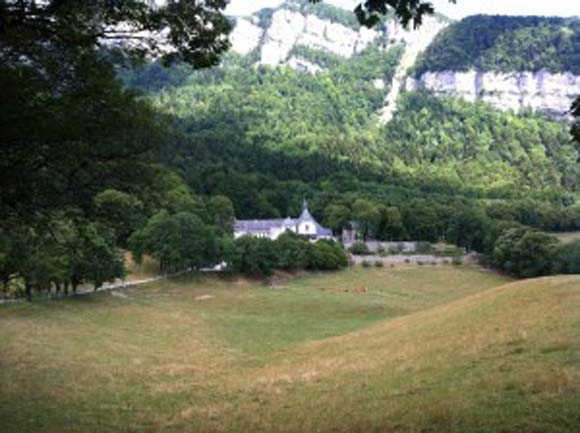 There were fourteen walking days, with two rest days on the way, so that we arrived at Langeac in time to celebrate St Dominic’s feast (8 August) with the nuns. We received perfect hospitality along the way, in parish halls and a wide array of communities, including Dominican nuns, Dominican apostolic sisters, Trappist nuns, L’Arche, Augustinian canons, Jesuits, a Foyer de Charité, and an ancient Marian sanctuary. 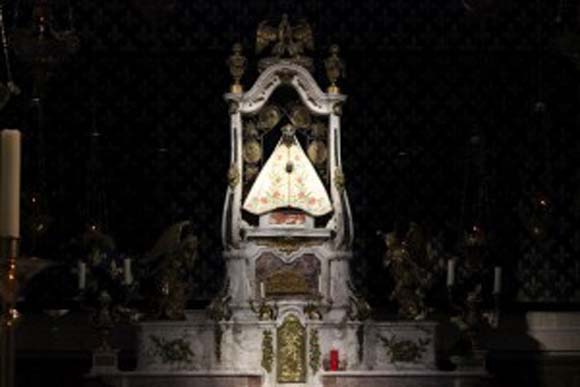 It was providential that so many great religious sites and communities lay on the route. From Notre Dame d’Ay to the great Puy-en-Velay, a popular starting point for the Camino to Compostela, we witnessed the deep Christian heritage of France, the ‘eldest daughter of the Church’. 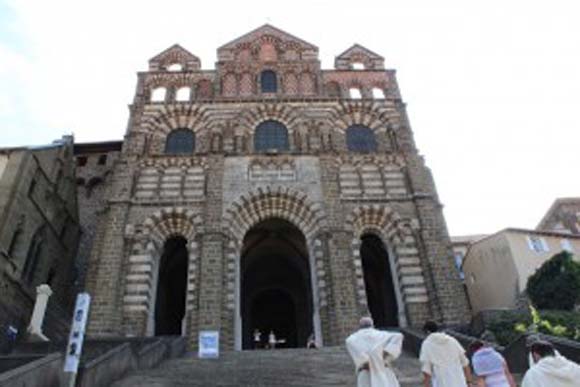 The basically Francophone group comprised four Dominican brothers (two priests, a deacon and me), a Dominican laywoman, and seven other young Catholics. There was only one other Englishman, and he is now a novice in our Province. 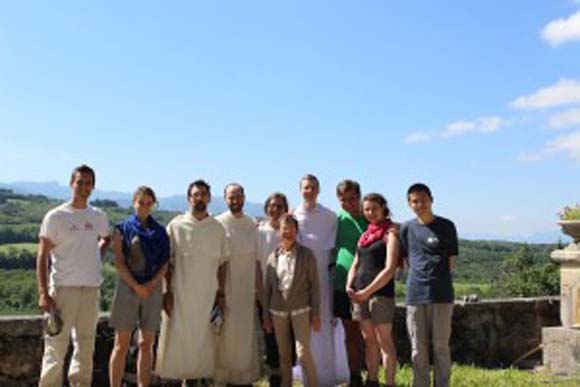 One of the highlights was our cooking an English roast for the group, with very meagre materials and ingredients: we thought it was something of a disaster, but everyone else gushed about these amusing but delicious things called Yorkshire puddings! 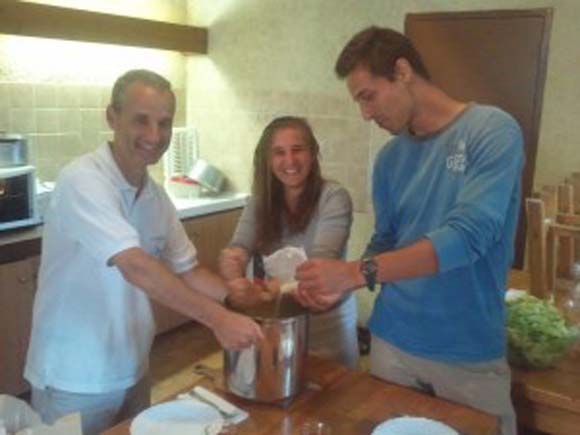 Imaginative French cuisine, too, mitigated the austerities of our very limited budget. But cooking was just one aspect of the wonderful camaraderie we shared on pilgrimage. Jokes, stories, poems, walking songs, religious songs – all these contributed to a lively ethos. 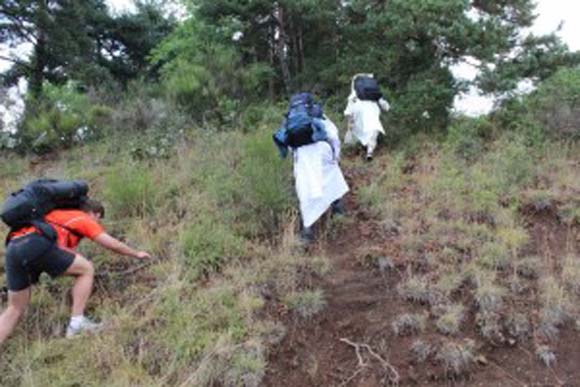 This was aided by beautiful weather – we had only one day of heavy rain, though that was quite refreshing after temperatures had risen to 40°C! We were able to celebrate God’s creation even as we toiled along boiling tarmac in the Isère or trudged up mountains in the Ardèche. Indeed, blisters and muscle aches seem to be an inevitable part of the spiritual purification to which all pilgrimages lead. 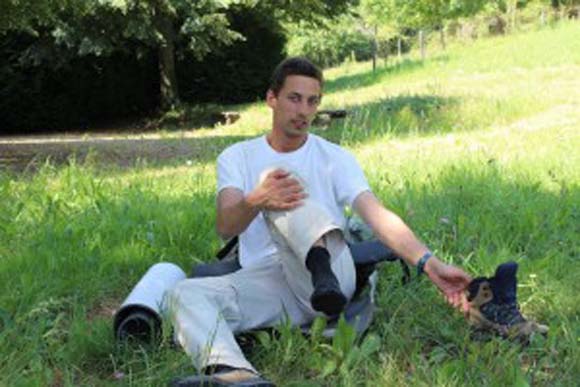 We prayed the Liturgy of the Hours en route. I had never yet experienced the combination of beautiful canticles and breathtaking landscapes; and now I will never forget it. ‘And you, mountains and hills, O bless the Lord…To him be highest glory and praise for ever!’ (Dan. 3:75) We celebrated daily Mass either with our various hosts or along the way, so there was no lack of Dominican preaching. 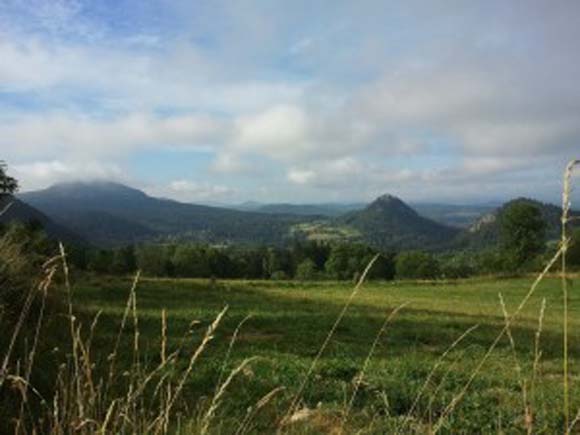 In addition, we were encouraged to dedicate each day of walking to a particular intention of our choice. In the afternoons, we often paused for a time of reflection and partage on the great themes of the Christian life. We talked about poverty, wayfaring, prayer (including Dominic’s nine ways), suffering, reconciliation, the Bible, preaching, prophecy, Mary, and the manifold ways in which the Holy Trinity guides us, sustains us, and loves us along our life’s journey. As if to exemplify this, at many turns we encountered strangers and other wayfarers – the friendly, the intrigued, and the one or two sadly hostile – many of whom were inspired by our youthful and unobtrusive witness to Christ. 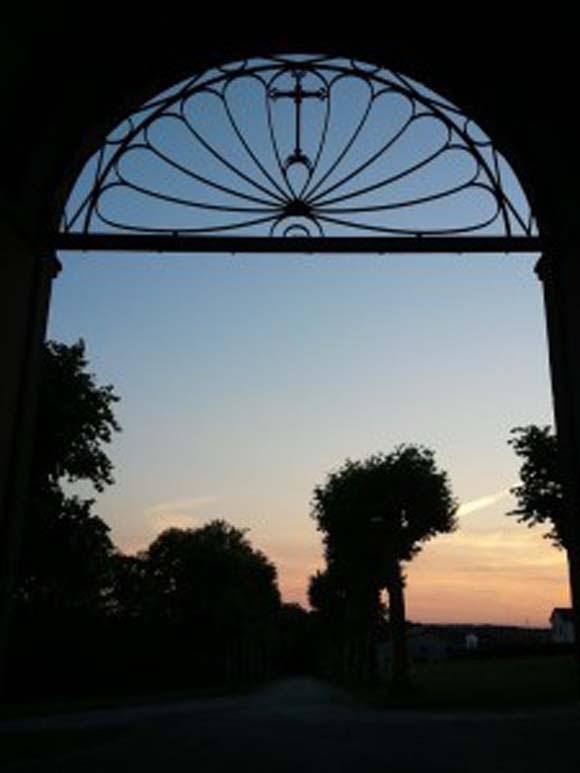 Friendship, fraternity, gratitude and joy, plus physical exhaustion and the vain hope for an easier path just over the next summit(!) – these are surely images of the Christian life. For me, this pilgrimage concretely expressed the fact that the Dominican way of following Christ is a harmonisation of activity (walking and preaching) with contemplation (prayer and liturgy).
In the end, we resumed our normal lives, in the home, the community and the workplace; but I think we will all have found something in us was different. I hope, for my part, that this pilgrimage has helped me become just a little bit better at following in the footsteps of Christ, and his faithful preacher, St Dominic. 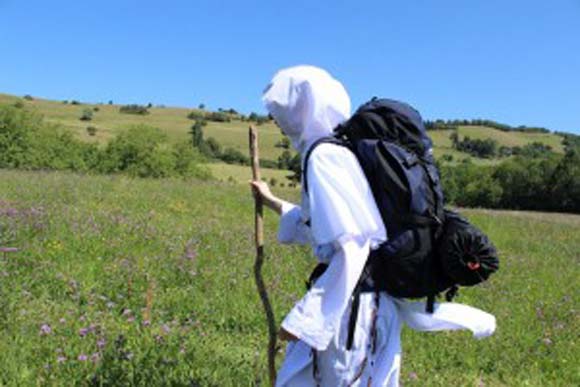 Categories:
Pilgrimage, What I did in the summer