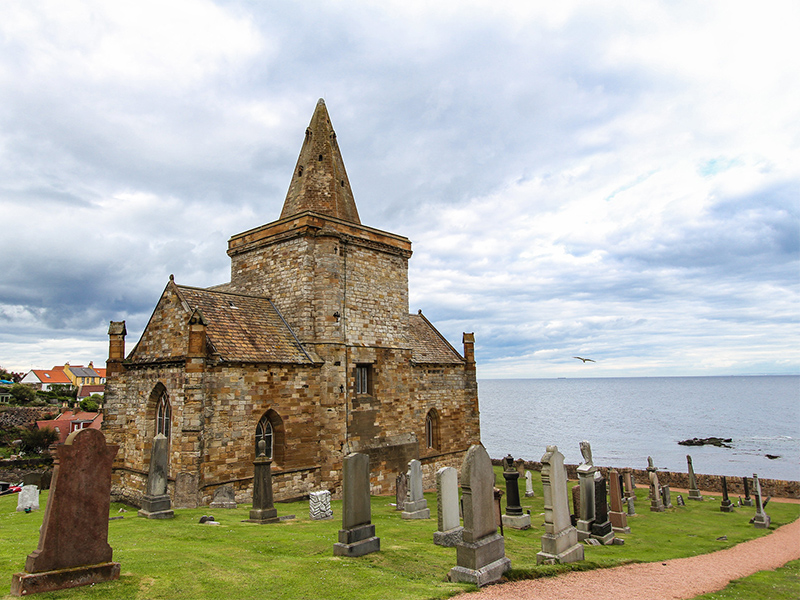 Thirty-Second Sunday of Ordinary Time (C)  |  Fr Matthew Jarvis contemplates the end of death, and our Christian hope in the life of the world to come.

A few years ago, a Dominican priest reassured me that he found leading funerals much less problematic than weddings. Whereas the minister can be treated as incidental to a happy couple’s ‘big day’, at a funeral he is considered indispensable. The mourners at a funeral look to the minister for hope: ‘At least he believes in the resurrection,’ they might think, while struggling with their own flickering faith.

The horror of death lies in its termination of something good, a loved one’s life or our own. Death as a dead end – that’s what we fear. No light at the end of the tunnel. Just…the end.

All of this sharpens the question for the minister, of course. What do I truly believe? In today’s gospel, the Sadducees argue against the possibility of resurrection (they had a strong case that the Books of Moses were hardly explicit on this point). Aren’t many of us Sadducees underneath, when push comes to shove? If I were in the shoes of the Maccabean brothers, I suspect I would much rather eat the pork than be tortured to death!

The Maccabean brothers behave radically differently. Their words testify to an unshakable faith that death is not the end: ‘you may discharge us from this present life, but the King of the world will raise us up, since it is for his laws that we die, to live again for ever.’ The whole story is highly edifying, if also fairly gruesome. The narrative is skilfully woven to contrast the inhumanity of the torturers with the superhuman virtue of the martyrs. Each brother successively makes a more profound statement of faith: we would die rather than sin (v. 2), God will raise us up (v. 9), God will restore our flesh (v. 11), while the wicked will be punished (v. 14). It’s an upward spiral of faith in the justice of God who will not let death be the end. As St Paul will say, ‘the Lord is faithful, and he will give you strength and guard you from the evil one’ (2 Thess 3:3); that is, he will guard your soul from evil, while your body he will restore in the next life.

Death may appear to be the end, but these faithful witness claim they can see beyond. The great Dominican preacher, Fr Bede Jarrett, wrote a prayer in time of grief, saying: ‘life is eternal and love is immortal, and death is only an horizon, and an horizon is nothing save the limit of our sight.’

Could we go further, then, and see in death some kind of advantage? The horizon is a helpful boundary to our vision. The frame of a painting can highlight the beauty and value of what is contained within. St Ambrose recalls that ‘death was not of God’s fashioning’ (Wis 1:13) but goes on to argue that God gave us death as a ‘remedy’ for our sinful and pitiful condition: ‘Deathlessness is no blessing but only a weariness if grace does not transfigure it.’

We can start to become reconciled to our mortality when we learn to see death as a new beginning, not merely an end. This is the faith of the saints. St Thomas More, the day before his martyrdom, wrote to his daughter Margaret Roper, praying that ‘we maie merily meete in heaven’.

But there’s a final caveat. The afterlife should not be imagined merely as a continuation of this earthly existence. Grace transfigures us: our mortal bodies will be changed into glorious ‘spiritual bodies’, perfectly alive and imperishable (1 Cor 15:42ff). So, marriage is only ‘til death do us part’ not because it will be abolished in heaven, but because it will be perfected and fulfilled beyond anyone’s wildest dreams. Heaven, after all, is the wedding feast of the Lamb of God. The spiritual union of all mankind in God is a sort of heavenly marriage to everyone, a pure communion of love. As St John Chrysostom wrote to a young widow, ‘For this is only a bodily kind of intercourse, but then there will be a union of soul with soul more perfect, and of a far more delightful and far nobler kind.’

You might argue that Our Lord should have said to the Sadducees, ‘Yes, she will be wife to all seven in heaven!’ But that would be too easily misunderstood in an earthly and limited way. Hence the sober realism of the Irish Dominican friar who, hearing a brother dreaming piously about sheltering with the other Dominicans under Our Lady’s mantle in heaven, retorted: ‘Well, my vows are only until death!’

Such a radical relativisation of the things of this life depends on having confidence in the resurrection, the ultimate beginning of a life in which, if Donne is right, there are ‘no ends nor beginnings, but one equal eternity’.

Photograph by Fr Lawrence Lew OP of St Monans in Fife, with the parish church, c.1400 that has the distinction of being the last surviving church to have been occupied by Dominicans in Scotland.

Categories:
32nd Sunday of the Year