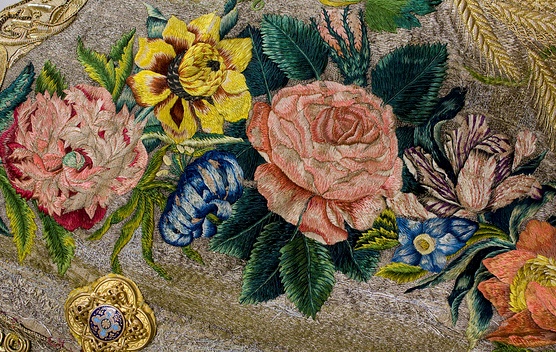 Fourth Sunday of Lent (Laetare Sunday). Fr Benjamin Earl helps us to see how the Christian life is a life of penance, which through the gift of Christ’s sacrifice anticipates eternal life.

With the mitigated penance signified by the rose of the fourth Sunday of Lent we signal the conclusion of the first part of this season. In these four weeks our focus has been on penitence and conversion, on turning back to God who calls us to himself. Next Sunday the focus will shift. Next Sunday we will begin to turn our attention to Christ’s passion as our liturgy ascends closer to the summit of Easter. Having sought conversion in our lives we will focus more particularly on Christ pouring out his life for us.

Perhaps our period of penitence so far seems like a lifetime. Had it been Advent we started three and a half weeks ago, then it would probably be Christmas already. But in the lifetime of Lent, Easter is still a long way off.

We should be grateful that our liturgical period of penance, our exile from the promised land of Easter, is not literally a lifetime. The liturgical exile of the Jewish people in the sixth century before Christ was indeed literally for a lifetime: seventy years according to the Prophet Jeremiah from the deportation to Babylon by Nebuchadnezzar to the proclamation of Cyrus king of Persia recounted in today’s first reading from the end of the Book of Chronicles. Those deported would not have returned; those returning in 538 BC would have been born already in exile.

The Old Testament texts see the exile as a consequence of the “shameful practices” and sins of the kings and the people of Judah. Captivity in Babylon is presented as a well-deserved chastisement of God’s people: it is a lifetime of penitence and a lifetime of preparing to return to the Lord. Nebuchadnezzar and Cyrus are simply instruments of divine justice and mercy.

This lifetime of penitence is sandwiched between two historical events: the defilement and destruction of the Temple of Solomon and the construction of the Second Temple. It is a liturgical exile, not just a geographical one. The sacrificial rites were suspended; but after a lifetime of penitence following the temple’s defilement, sacrifice is once again offered in Jerusalem.

This link between penitence and sacrifice is present too in the Christian dispensation. Penitence and exile are brought to an end with sacrifice. The penitence of the Christian life reaches its consummation with the gift of the Son of God, given “so that everyone who believes in him may not be lost, but may have eternal life.” Christ’s one sacrifice in Jerusalem makes it possible for those who turn to him in penitence of life to enter the new Jerusalem, the kingdom of heaven.

Thankfully even in this penitential season we Christians can still celebrate in the Eucharist the sacrifice of the New Covenant. Only on Good Friday and Holy Saturday does the liturgy pause. And formal days of penance are normally restricted to this Lenten season and Fridays through the year.

But these days of penance should have an impact on the whole of our lives. The practice of penance should lead us to the virtue of penitence: that is, the rejection of sin and the resolve to live virtuous lives. In that sense we Christians are called not just to observe a penitential season, but like the Jewish exiles before us to have a whole lifetime of penitence. Not a lifetime awaiting sacrifice; but a lifetime profiting from the one sacrifice which truly takes away our sins, in anticipation of the new eternal life which is promised us.

Today, then, this joy flowing from God’s love for the world is placed before us. The light of Easter even now brightens our Lenten purple. We, called to be the new Jerusalem, rejoice with her, bound together in our common purpose. May the Lord fill us with new resolve in the middle of this Lent: as the liturgical penance of these forty days will give way to the joy of the resurrection, may each of us rejoice in a lifetime of penitence before entering into the eternal life promised by the Saviour.