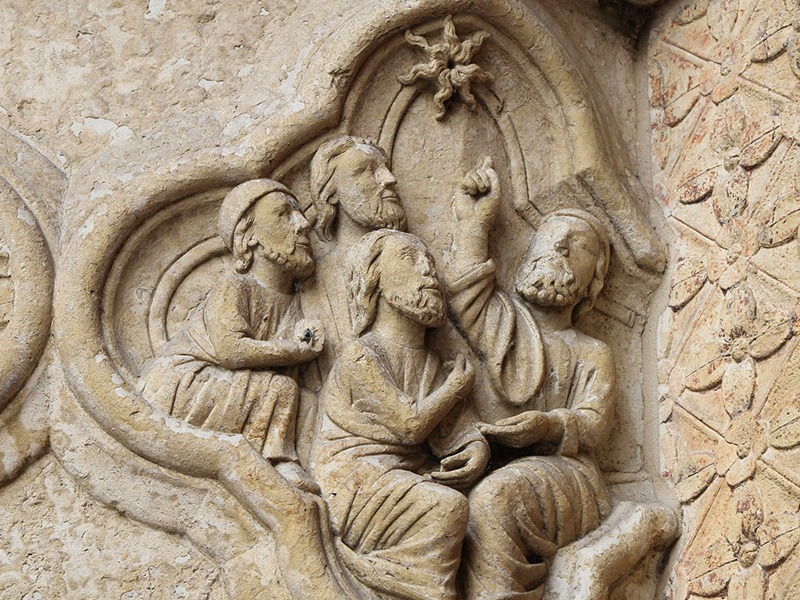 Epiphany of the Lord |  Fr Benjamin Earl considers the significance of the Star and its rising in the East.

After reading the Gospel on the Solemnity of the Epiphany of the Lord, traditionally the Deacon proclaims in chant the date of Easter and the other moveable feasts for the coming year. This solemn proclamation explicitly links the Nativity of Christ to his Resurrection at Easter: it may be that the liturgical and calendar years open with the events surrounding the coming and manifestation of Christ, but at the heart of our liturgy and of the Christian faith are the events of Easter.

by the Morning Star:

the one Morning Star who never sets,

who, coming back from death’s domain,

has shed his peaceful light on humanity,

who lives and reigns for ever and ever.”

Why the East, you might ask? There are several answers to that question. “The East” is a suitably generic term. There is an awful lot East of the Holy Land; if you went west from Bethlehem, you soon just hit the Mediterranean, the sea at the centre of the known world, and the Roman Empire which stretched along its shores. East was where other peoples – known and unknown – lived. There were a lot of them then, and even more now.

East too is where things rise – indeed the Greek word for “east” in today’s gospel passage means “rising”; and ultimately our own words for both “east” and “Easter” derive from the dawn, the rising of the sun. Obviously a new star will rise in the east… because everything rises in the east!

More concretely speaking, the gospel may speak of “the East” because to the east of Judea lay the Parthian Empire of Ancient Persia. And that is at least one place where one would certainly have found pagan astrologers,  looking to the stars and trying to find meaning in them. If you go due east from Bethlehem and Jerusalem today you’ll pass first through the Palestinian territories and Jordan, before crossing into the land of the Parthian Empire: modern day Iraq, Iran, Afghanistan and Pakistan – not exactly untroubled areas of the world. Although there are other theories, many think this is where these travelling astrologers came from.

I wouldn’t want to suggest that the magi themselves should be likened to the troublesome figures of that region – Saddam Hussein, or the Ayatollah Khoméini, or Osama bin Laden – on the contrary, the Magi are traditionally venerated as saints. But it is this troubled part of the world, these lands where there has been so much suffering and violence, which are particularly represented by today’s visitors to the Christ child. And through them all of sinful and suffering humanity is represented.
It is right that it should be so. As our Lord himself said, “those who are well have no need of a physician, but those who are sick… for I came not to call the righteous, but sinners.” The suffering come to him seeking peace; and sinners come seeking mercy.

Photograph by Fr Lawrence Lew OP of sculpture from the facade of Amiens Cathedral.