Not for the weak?

Twenty-Fifth Sunday of the Year. Fr Leon Pereira preaches on the weakness of Christ and Christians.

Recently, a presenter on the radio was complaining about Christianity:

I thought it was about gentleness and compassion, but instead all I heard was triumphalist, militant talk.

He’d gone to an Easter service for the first time since childhood, and been confronted with Christ as the triumphant conqueror.

The language of Easter, of victory over sin and death, does not readily resonate with modern people. They understand the language of Christmas much better:

Gentle Jesus, meek and mild, look upon a little child;
Pity my simplicity, suffer me to come to thee.

Or as the carol Once in Royal David’s City has it,

Christian children all must be
Mild, obedient, good as he.

Today, as in the Roman Empire, Christians are seen as feeble-minded and weak, trying to be the doormats of the world. This is not surprising when their model is Christ, a good man no doubt, but a loser nonetheless; a teacher of excellent values, but one doomed to be brushed aside and killed for his efforts.

Christians, if they are to be true to their founder’s spirit, are assumed to subscribe to a mild and meek subservience. Like their Christ they should be simpletons, childlike in quality. After all the term cretin, a simple-minded buffoon, is simply derived from the French word for Christian.

But this is myopia. Short-sightedness.

In the reading from Wisdom, aptly applied to Jesus, the ungodly lay a snare for the Righteous Man, the self-styled Son of God.

Let us test him with insult and torture,
and make a trial of his forbearance
that we may find out how gentle he is.

Not content with torturing him for his gentleness, they plot his death.

Let us see if his words are true, and let us test what will happen at the end of his life?
Let us condemn him to a shameful death, for, according to what he says, he will be protected.

From their point of view God will surely protect his own. If the Righteous Man is the Son of God, then they cannot overpower him or be able to kill him. In James’s letter the thinking of the ungodly, the ‘wisdom from below’, is characterised by disorder.

In contrast the ‘wisdom from above’ is pure, peaceable, gentle, open to reason, full of mercy and good fruits, without uncertainty or insincerity. The Righteous Man submits to an ignominious death because he has this greater wisdom.

This is what we see in the Gospel. It is not his opponents who ambush and master him, but Jesus who determines his fate. He will be delivered up, put to death, and rise on the third day. Jesus lays down his life of his own free will, and his enemies would have no power over him unless it had been given them from above. External appearances notwithstanding, God is in charge.

The disciples do not understand, and argue about power: which of them is the greatest? And so Jesus takes a child, the weakest form of humans, and places him in their midst. The nature of a child calls out for acceptance and love. And somehow this betrays something about the nature of our God.

For to receive a child in his name is to receive the Son, and to receive the Father who sent him. For it is God’s will that the Son should humble himself to come in our nature, to become a helpless child himself.

If God does not disdain human weakness, it is because his power and purpose surpass any earthly potential. Judgements about power from a purely human point of view are mistaken. Talk of human greatness is quite meaningless in the long run, for we are all weak and needy before God.

In contrast, the weakness and crucifixion of Jesus are the manifestation of the triumph of God over our weaknesses: sin and death. Christianity is truly a religion for the weak and the simple — but only for those who know that they are. 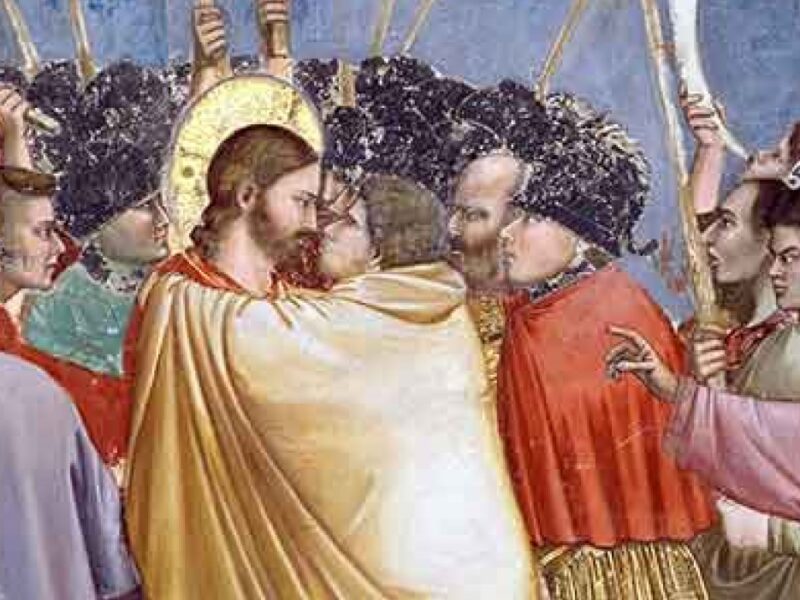