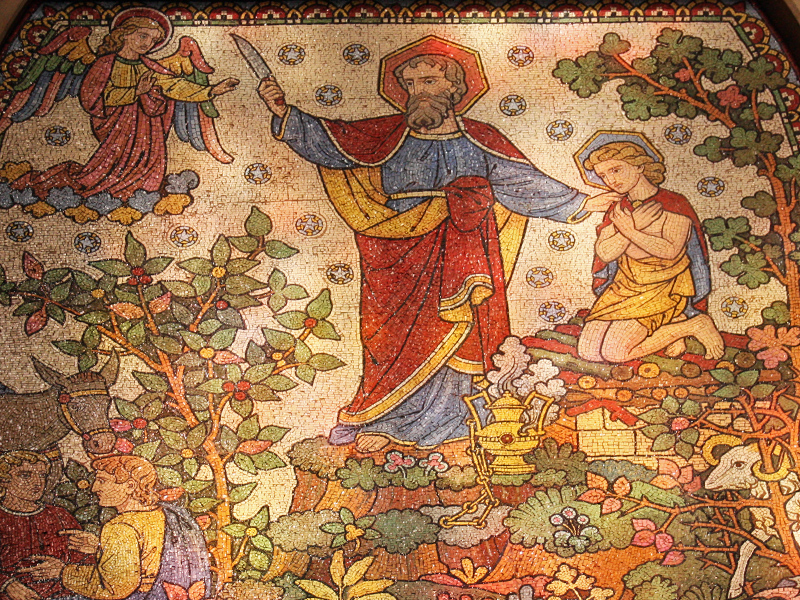 Nineteenth Sunday of Ordinary Time (C)  |  Fr John Patrick Kenrick reflects on the Jewish roots of our faith, and calls us to renewed hope in Christ who alone can save us.

The readings we hear at Mass are meant not only to educate us in the faith but also to sustain us when we feel challenged by either the prevailing social ethos or by particular difficulties that we face in trying to be faithful to Christ.

Christians in the UK are having to face the reality that our numbers continue steadily to decline and society is no longer recognisably Christian in any meaningful sense.  There are many factors that have contributed to this decline – the materialism of a wealthy society, a widespread amnesia about the nation’s Christian roots, the prevailing view that religion is a private matter, the desire to be seen to be impartial in matters of religion and a consequent neglect of Christian doctrine in schools, a loss of respect for authority including religious authority, and an inertia on the part of many Christians when it comes to meeting the challenge posed by secularism.  For this we are all to blame – from those who govern down to individual Christians.

All children, of whatever faith, deserve a thorough education in our Judaeo-Christian heritage if they are to understand our nation’s history and culture including our concept of human rights and duties to community.  And in Christian schools and parishes, in particular, priority should be given to formation in the faith and active evangelization.  We could also do with improving our public image!  Going to church on Sunday can seem like self-indulgent piety to those unable to feed their own children.  Christians are very active in helping the poor and the needy but faced with a growing gap between rich and poor, we could be more vocal in demanding social justice – employment opportunities for young people, affordable housing and wages that at least cover the cost of living.  In a previous age the promotion of Christianity would have been seen as part of the solution to social and moral ills.

The Jewish people have faced many challenges to their faith in their long history and the first reading from the book of Wisdom today reminds us of something that helped to sustain them.  It says ‘the devout children of worthy men offered sacrifice in secret’.  These words might make us think of penal times and the three hundred or so years when Catholics, forced to practice their faith in secret, nevertheless felt confident that their personal fidelity would one day lead to a revival of the Catholic faith.

The second reading reminds us that faith was Jewish before it was Christian.  God’s constant care for His chosen people continues to inspire Christians today.  Abraham’s faith predates even the Jewish tradition.  Abraham may have been an illiterate nomad but his faith in God was simple and sure.  It was the honest response of a human soul to his Creator.  It was as pure as the response of fallen humanity can be, and it anticipated the more perfect fiat of the new Eve.  God spoke to Abraham and he responded with obedience and trust.  His obedience was such that he was even willing to sacrifice his own son, Isaac, the very son through whom God would effect His promise.   Isaac was as much the fruit of his mother’s faith as his father’s.  Yet neither parent could have hoped to see the countless descendants that God had promised.  So there is a faith there that also anticipates our own faith in Jesus – the faith of ‘those who do not see and yet believe’.

Faith, hope and charity are the work of God’s Spirit within us.  They are all connected and we should pray for an increase in all three.  Just as Abraham recognized that his faith made demands of him, we must accept the demands being made of us – above all the demand to witness to Jesus Christ by what we say and do.  The gospel is not just a reminder to act, but also a warning of the dangers of not acting on our faith.  Much has been entrusted to us – in fact far more than was entrusted to Abraham.   He will be the first to condemn us if we fail to witness to the truth that God has come to us in Jesus, to make His love for us visible and tangible.

Our society should be one in which human beings can truly flourish, and that is far more than can be achieved by subscribing to a transient secular philosophy or to a misplaced confidence in the nation’s inherent greatness, let alone a vague optimism that the market will, in time, solve the only problems that really matter.  We need solid grounds for believing in ourselves and grounds for genuine, lasting hope.  We can only truly believe in ourselves if we first believe in God and in what His Son has promised to those who love and obey Him.  The gospel insists that we be prepared, ready to greet the Lord when he comes again as Judge.  Now is the time to perfect our response to His great love for us, the love which we see in his willingness to suffer and die as a man to save us from our individual and collective rebellion.  For those who turn to Jesus Christ there truly is no need to be afraid.

Photograph by Fr Lawrence Lew OP of a mosaic in the chapel of Keble College, Oxford.